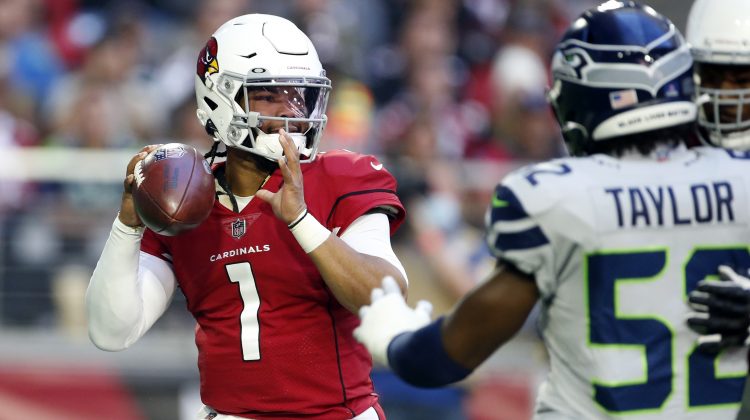 Monday night football in the playoffs against a division foe? Sign me up.

The Arizona Cardinals are in Los Angeles to play the Rams for the third time this season. The teams split victories in the regular season, both winning on the road.

Many believe a one-and-done would be devastating for the Cardinals franchise.

However, the Cardinals did go 8-1 on the road. This game will likely be a wire-to-wire thriller, unlike the other playoff matchups so far on “Super” Wild Card Weekend.

The question here is whether or not the Cardinals can be within a field goal of this explosive Rams offense. The easy answer is yes, they can.

The defense will be rejuvenated by the return of JJ Watt, but it remains to be seen just how effective he’ll actually be. He recovered quicker than Superman, but that doesn’t mean he’ll be bursting through the Rams offensive line.

The x factor for the Cardinals will be the legs of Kyler Murray. It’s well documented that Kliff Kingsbury prefers Murray to be a weapon in the passing game, but in the postseason play makers need to make plays. That’s where Murray is at his best.

DeAndre Hopkins won’t be playing, so expect Christian Kirk to step up. Larry Fitzgerald has spoken to him a lot this week, letting him know that the postseason is where legacies are built. Outside of Zach Ertz and James Connor, he may the most important pass catcher against the Rams.

Both offenses are more than capable of hitting the over. The Rams secondary is weakened with injuries to safeties Jordan Fuller and Taylor Rapp. They had to sign 37-year-old Eric Weddle off his couch to start this game. That means there will be opportunities in the passing game for the Cardinals to score points in bunches.

The Rams will put up points as well. Matthew Stafford has played exceptional all year, despite some turnover concerns the last month of the season. The return of Watt may mean an increased pass rush, but the Rams have one of the top offensive lines in the game and plenty of weapons to throw to.

These teams are a combined 17-16-1 in the over/under department this year. Both meetings bewteen these teams eclipsed the 50 point mark.

The Cardinals will be airing it out, which means Murray is due to make a few a bad throws. The Rams still have the capability to force turnovers despite the safety position being a weak link.

This is Murray’s first playoff game. A mistake is bound to happen, Cardinals fans should hope it happens early in the game rather than later.

Stafford is the perfect quarterback for Sean McVay’s system and he played like it all year. However, he’s thrown eight picks in the last four games. This Cardinals defense forced 27 takeaways this season, eighth best in the league.

He’s also 0-3 in the postseason, with three picks.

You could also add the interceptions props to this if you’re feeling frisky.

In eight games with the Rams Odell Beckham Jr. has scored five touchdowns. Vance Joseph’s defense will be heavily focused on slowing down triple crown winner Cooper Kupp. Beckham will have plenty of opportunities to score, especially in the red zone.

It’s important to note that James Connor is listed as questionable, so maybe wait to officially place this bet. Connor led the Cardinals with 18 total touchdowns this season, despite missing two games. Against the Rams he had 4 rushing touchdowns, two in each game. Mark him down as a scorer in this matchup.

The game kicks off on ABC/ESPN tonight at 6:15 p.m. at SoFi Stadium