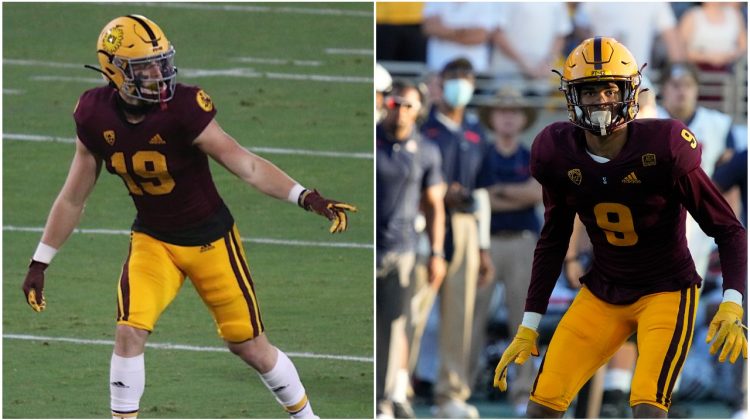 Arizona State received two massive blows to their roster on Thursday when wide receiver Ricky Pearsall and linebacker Eric Gentry reportedly entered the transfer portal. The news was first reported by Doug Haller of The Athletic.

Pearsall led the team with with 580 receiving yards and four touchdowns in 2021. The Tempe native would be a key part of the passing game and provide a steady option for incoming quarterbacks Trenton Bourguet and Paul Tyson this season. Pearsall is third among returning Pac-12 receivers in terms of receptions. 52% of his receptions resulted in first downs or touchdowns in 2021.

Both players were viewed as cornerstones of both sides of the football moving forward.

Pearsall and Gentry join the likes of Jayden Daniels, DeaMonte Trayanum and Tommi Hill of players who were big-time contributors who have transferred from ASU since November.