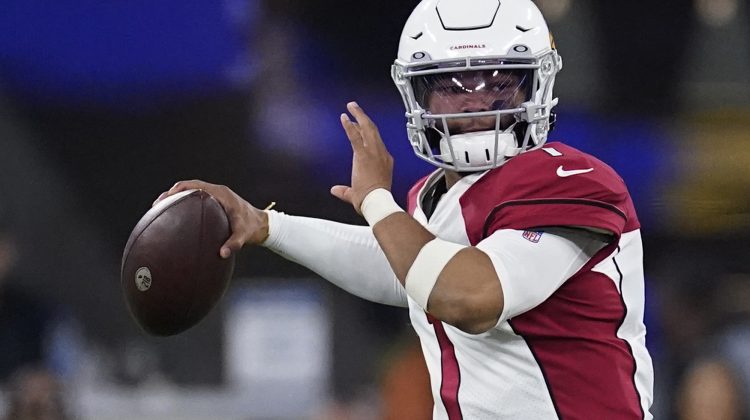 The week before the NFL Draft is a time for smoke screens. No matter how much digging happens, getting a straight answer out of a general manager or head coach regarding the future of the team is as likely as snow during an Arizona July.

Despite the usual murkiness that comes with this season, Cardinals general manager Steve Keim provide a clear, round number when it came to the odds that the team would trade quarterback Kyler Murray, who is currently sitting out of voluntary workouts as he awaits a contract extension.

It’s a blunt statement in a conversation that has seen Murray’s agent Eric Burkhardt be the only real public voice, stating the quarterback’s intentions and reportedly pulling the initial contract offer off the table just a week ago. The silence was deafening around the league as Murray’s name popped up more and more as a potential trade target that could bring in a big haul of picks and players.

But just because extension talks aren’t necessarily talking now, doesn’t mean they won’t happen. Keim said the team have set their sights on the free agency and the draft and will “re-focus” on future negotiations with Murray’s camp after next week.

“That’s the same reason that every other player that’s been a third year quarterback has been done in the middle of the summer to late summer,” Keim said. “It’s no different for us. It’s the way the system works but nothing has changed in him being our long-term and short-term quarterback.”

Shortly after Keim’s comments, Murray was more active on Twitter than usual to seemingly share the same motivations, stating he wanted to “win a Super Bowl” with the Cardinals in response to comments made by former Arizona running back Chase Edmonds.

I wanna win Super Bowls with the Cardinals, AZ is home. https://t.co/xwEw42uDBl

Run whatever narratives y’all wanna run with… but questioning my work ethic, we not going for. Stop playin’ w/ me Colin. I still rock w/ you but cmon.

In an offseason of scrubbing social media accounts and mentioning “all of this nonsense,” this is a series definitive statements seemingly pointing towards progress on these conversations to keep the superstar quarterback in Arizona long-term.

“I was a decent GM when Carson Palmer was our quarterback,” Keim said. “When he retired, I wasn’t very good. I am smart enough to know that Kyler Murray makes me a smarter GM. We took him with the first overall pick. We love him. The guy has continued to improve. He’s made us a better football team, so we’re really excited for his future.”