They’re also about as familiar with one another as holiday guests.

When Saguaro travels southeast to Arizona Avenue to take on top-seed Hamilton and, just up the road, Chandler hosts Liberty, there won’t be too many secrets when these two games kick off Saturday.

Saguaro may be young in certain areas and are clearly the underdog, facing a Huskies’ team that appears primed to finally breakthrough and hoist another gold ball but athletically, the Sabercats feel pretty confident they can match up across the board. One of SagU’s strength is their veteran offensive line which features four seniors – most notably Parker Brailsford – a University of Washington commit.

While the Cats’ offensive line will face easily their toughest task to date in Hamilton’s front seven, a group which accumulated 47 sacks (17.5 from Russell Davis II) and is allowing just 15 points per game, head coach Jason Mohns doesn’t believe the lights will be too bright and the stage too big.

“Our kids are confident,” he said after last week’s win at previously unbeaten Cactus. “We’ve been here before…all we talk about is not just getting to The Open but winning The Open. That’s what our kids believe in. Our program believes in that. Everyone we line up against, we feel like we have a chance.”

Meanwhile, the same can be said for sixth-seeded Liberty who, again, will see Chandler in the Open Division semi-finals after the Wolves survived a 35-34 nail-biter almost a year to the day the two will square off again at Austin Field.

The Lions are one of the hardest hitting teams I’ve seen in quite some time and rarely miss assignments or get caught out of position defensively, despite not being an overly big group. Like Saguaro, they won’t intimated playing the five-time defending state champion. Liberty isn’t afraid of a fist fight as they showed last week, dominating the second half, and the line of scrimmage, dispatching third-seeded Basha on the road.

While many foresee a Chandler-Hamilton Open Division Championship rematch on December 11th at Sun Devil Stadium, don’t expect the visitors to provide a red carpet to Tempe next weekend.

The beginning of December not only signifies the finish line for high school football, but many college teams, as well.

Sure, the watered down bowl schedule, which features a jaw-dropping 43 games jammed into the 24-day window spanning from December 17th to January, provides opportunity for additional practices, two more plane rides, and some usually sweet bowl swag, it also often signals a players’ exit from a program and reservation in the transfer portal.

The past two weeks, specifically for a number of former Arizona star high school quarterbacks, the portal has been filled with familiar names from big-time programs looking for a change or the cliched, “fresh start.”

From Miller, to Spencer Rattler, to Chubba Purdy, to Jack Plummer, and certainly more to follow, these sought-after AZHS ballers will be courted once again, this time not as teenagers.

College football is ever-evolving. With NLI (Name, Likeness, Image) money at every major programs’ disposal, high-profile college coaches leaving elite-level jobs for greener pastures and greener dollars, loyalty at the college level appears to be at an all-time low with many administrators, players, and fans being left at the alter with secret deals (insert Lincoln Riley) being done behind closed doors.

We got our guy.

So now back to how it all impacts the gunslingers from Arizona and why, particularly this year, we’ve seen such a mass exodus.

For this, “Zone Read” tapped into Sports360AZ.com recruiting expert Jordan Hamm who always has his finger on the pulse of the local scene.

“I think each transfer is a case-by-case basis, but it seems to be just a coincidence so many Arizona quarterbacks are in the portal right now,” Hamm said to the “Zone Read.” “Strictly the volume of top-flight, highly-recruited QBs come out of Arizona means there’s a greater chance to see these guys eventually end up in the portal. Going to a place like Oklahoma, Ohio State and Florida State means there is a 4-star or 5-star quarterback coming in virtually every cycle. The margin for error is very, very small in these quarterback competitions, and only one guy can play. Injuries played a factor with some of these guys and others didn’t pan out like they expected to.”
He continued.
“The good news [is] we’ve seen plenty of guys find new homes and thrive,” Hamm explained. “Ryan Finley had a great career at North Carolina State after starting out at Boise State. Bryce Perkins is in the [NFL] after making the jump from ASU to Virginia. Tyler Shough had a promising start to his 2021 at Texas Tech before an injury ended his season. I’m fully confident Spencer Rattler, Chubba Purdy and Jack Miller can all find spots they can thrive, and their list of suitors will be a long one.”
The rules of college football are more lenient than ever towards do overs and, as Hamm mentioned, that’s not always a bad thing.
Rattler went from a Heisman Trophy front runner to a helmet-holding, baseball hat-wearing backup seemingly overnight. Miller lost a pre-season quarterback competition to a fellow redshirt freshman in CJ Stroud who is putting up video-game numbers with the best receiving group in the nation. Purdy got lost in the quarterback shuffle at Florida State after breaking his collarbone in the Seminoles’ 2020 fall camp.
All circumstances.
The good news for quarterbacks is, only one can play.
The bad news for quarterbacks is, only one can play.
In short, you’re either the guy, or simply, a guy.
With the first signing period under two weeks away, “Zone Read” asked Hamm to share some thoughts on the best practices for undecided 2021 quarterback recruits like Treyson Bourguet, Blaine Hipa, and Brayten Silbor during these often stressful, turbulent times.
“The advice I would give current Arizona high school quarterbacks is to do your due diligence now on what the quarterback room looks like right now and what it could look like in the following classes,” Hamm said. “Are they looking to add a transfer QB in the coming years? Will this be a situation where schools are going after a blue-chip quarterback every class? Also know in the back of your mind that this coaching situation could change very quickly. I don’t think many had thought Lincoln Riley would make a change as quickly as he did, but these moves happen every single year.”

There are no proper words.

“Look at opportunities to go get on the field early if that’s important to you. Brock Purdy chose Iowa State over Texas A&M and Alabama. The Cyclones were a middle-tier program at that time, but he helped get them to a Fiesta Bowl and that program has never looked better. That worked out really well for him, but every situation is different.”

As mentioned briefly above, if you look closely, you’ll see a unique storyline ready to play out this weekend in the Open Division semi-finals.

Three of the four participants (Chandler, Saguaro, Liberty) are now employing, in some capacity, a two-quarterback system – something unheard of at this level of competition this late in the season.

The Sabercats seem to to have found their offensive groove with senior Ridge Docekal and junior Devon Dampier, who adds more of a running dynamic as we saw in last week’s win over Cactus.

Liberty features a pair of dual threat signal-callers in junior Dom Ochoa and sophomore Navi Bruzon. The duo have taken great care of the ball, throwing just five interceptions in 273 attempts. Both have quarterback ratings over 100 – Bruzon 121.3, Ochoa 109.4.

Chandler head coach Rick Garretson seems to be the new kid on the two-quarterback block, unleashing massive 6-foot-5, 225-pound Kenneth Cooper in the second half of the Wolves’ win over Queen Creek last week. The move proved to be a good one as Cooper rushed for two touchdowns and 70 yards on just six attempts.

“A two-quarterback system isn’t unheard of at the high school level,” East Valley Tribune Sports Editor and Sports360AZ.com colleague Zach Alvira told the “Zone Read.” “We’ve all seen some teams do it at times. But this year with powerhouses like Saguaro and Chandler deploying two, and sometimes three quarterbacks, it a bit of a change, not only for us who cover these teams, but their opponents. To see those teams do it this year has been surprising, but yet it’s also been effective…though I will say, I can’t see them doing it moving forward after this season.”

I guess sometimes two really is better than one.

Enjoy the games this weekend and remember to use our hashtag, #FridayNight360AZ on all your social media platforms. 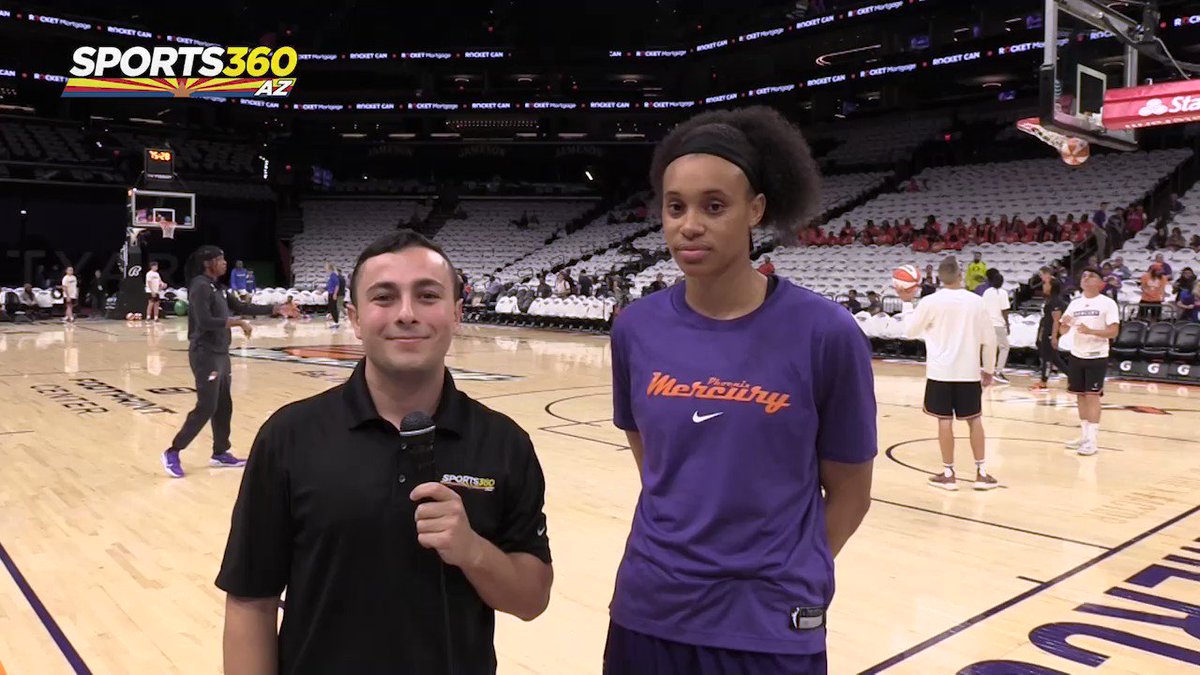 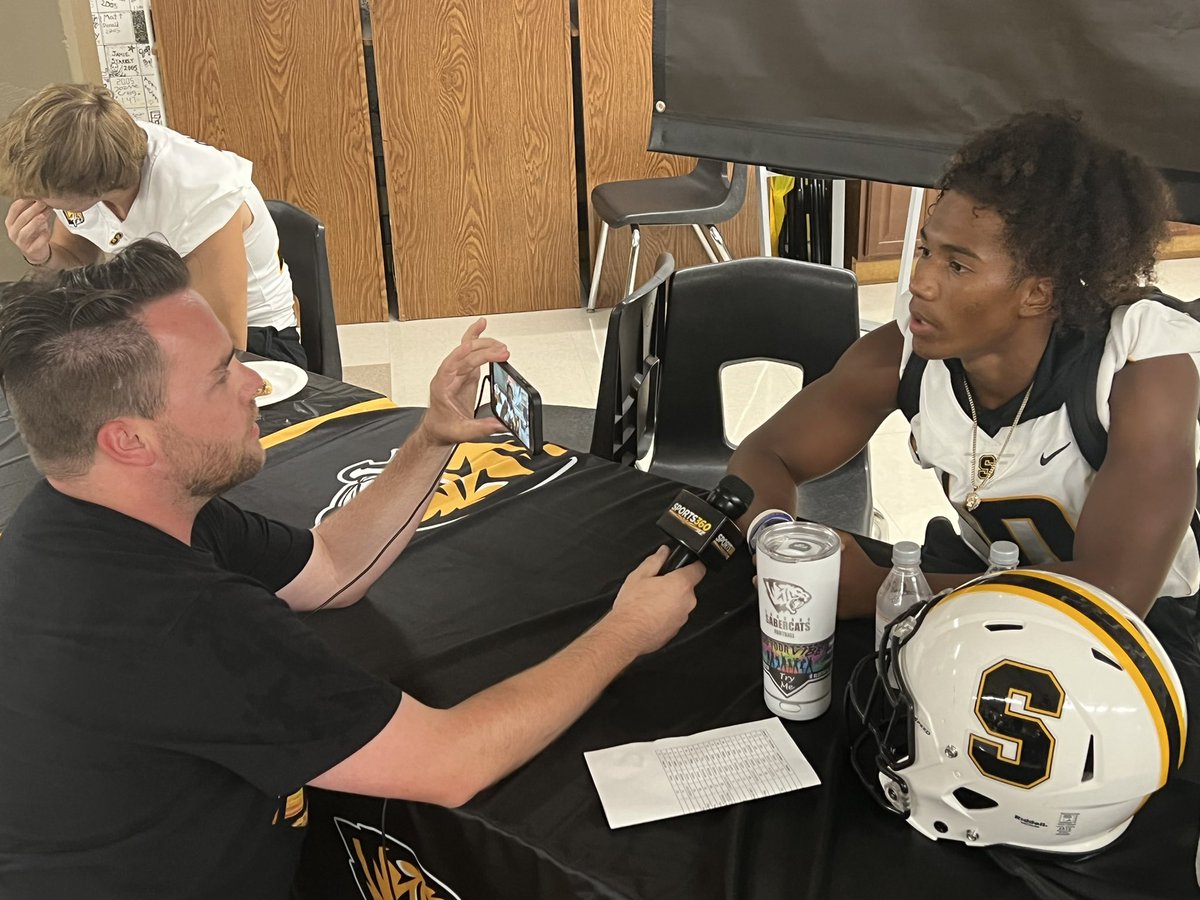