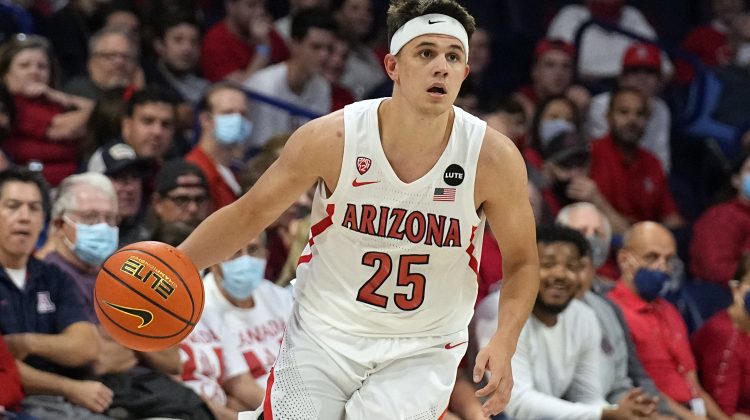 Tuesday night was generally positive for the Pac-12 as it attempts to build on the momentum from the wildly successful NCAA tournament.

— The top teams were impressive.

— The middle-of-the Pac teams survived a series of scares.

All in all, the conference was 10-2 on Tuesday, with Cal and Washington on the wrong side of the ledger.

Note: The power ratings will be published weekly through the conclusion of the regular season.

1. UCLA (1-0)
Last week: 1
Result: Beat Cal State-Bakersfield 95-58
Next up: vs. Villanova (Friday)
Comment: The 2016 and 2018 national champions visit Pauley Pavilion in one of the most important games of the season, for the Bruins and the conference.

3. USC (1-0)
Last week: 3
Result: Beat Cal State-Northridge 89-49
Next up: at Temple (Saturday)
Comment: Good teams playing at home are supposed to pound bad teams. CSUN is bad. The Trojans were at home. And they administered the requisite pounding.

5. Washington State (1-0)
Last week: 5
Result: Beat Alcorn State 85-67
Next up: vs. Seattle (Friday)
Comment: Not so long ago, WSU could be counted on to lose one or two games to teams that had no business winning in Pullman. Those seasons are no more.

6. Colorado (1-0)
Last week: 4
Result: Beat Montana State 94-90 (OT)
Next up: vs. New Mexico (Saturday)
Comment: Expect an uneven start for the Buffaloes as they adjust to life without McKinley Wright for the first time in forever.

7. Arizona State (1-0)
Last week: 8
Result: Beat Portland 76-60
Next up: vs. UC Riverside (Thursday)
Comment: Wake us on Nov. 18, when the Sun Devils play San Diego State and Baylor in a six-day span and provide a true sense of their personnel.

8. Oregon State (1-0)
Last week: 7
Result: Beat Portland State 73-64
Next up: at Iowa State (Friday)
Comment: For the non-Beavlievers, the opener supplied plenty of justification for their stance. It was a two-possession game with two minutes to play.

9. Utah (1-0)
Last week: 9
Result: Beat Abilene Christian 70-56
Next up: vs. Cal State-Sacramento (Saturday)
Comment: Solid start for the Craig Smith era, save for one aspect: Transfer Both Gach hasn’t been cleared by the NCAA, and Utah’s upside remains limited until he’s available.

10. Stanford (1-0)
Last week: 10
Result: Beat Tarleton 62-50
Next up: at Santa Clara (Friday)
Comment: Did you know: Tarleton is located in Stephenville, Texas, near Dallas. And did you also know: Tarleton is a member of the WAC. Yes, that WAC.

12. Washington (0-1)
Last week: 11
Result: Lost to Northern Illinois 71-64
Next up: vs. NAU (Thursday)
Comment: Not unreasonable for Washington fans to wonder if Mike Hopkins will last the season.

*** Pac-12 Hotline is not endorsed or sponsored by the Pac-12 Conference, and the views expressed herein do not necessarily reflect the views of the Conference