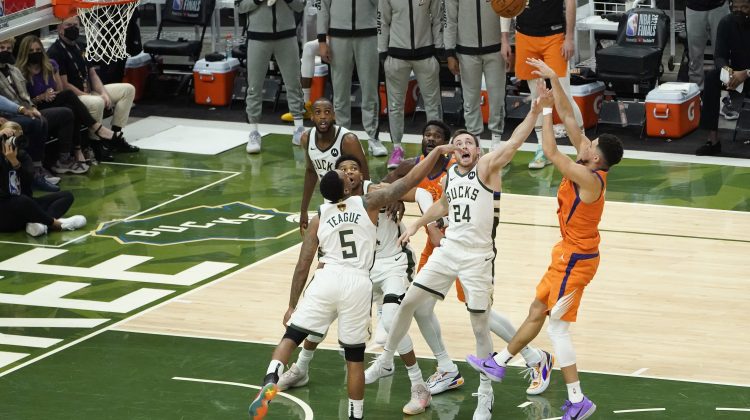 MILWAUKEE – It’s a different game in the NBA Finals. What’s a foul? What isn’t? Let them play, or let it go? But 17 turnovers did the Suns in.

It took three games and some change, but the atmosphere of desperation crept into the Finals during Game Four on Wednesday night here in Milwaukee. The Suns came into the Bucks house and lost a 9-point fourth-quarter lead falling 109-103. The Finals is now a best of 3 series,  with both teams winning their two games on home court.

Devin Booker dominated the offense for the Suns, scoring 42 points, even though he had to battle foul trouble late in the game.

Like Booker in game three, Chris Paul wasn’t good when it mattered most(5-13 shooting, 5 turnovers), While Khris Middleton was just the opposite, finishing with 40 points.

Game Five will be Saturday in Phoenix, with Game Six back here in Milwaukee next Tuesday