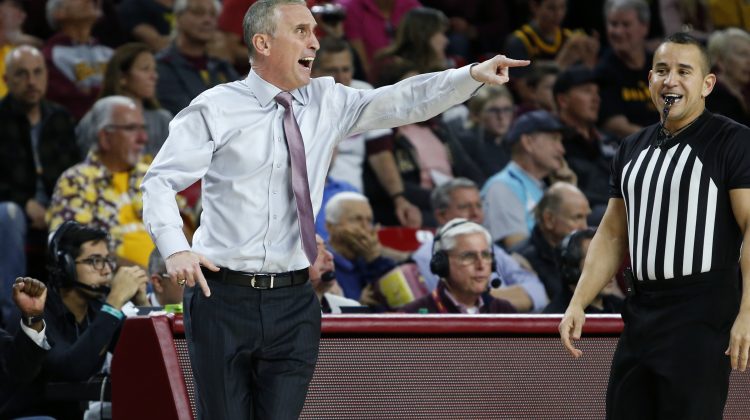 The Sun Devils hoops team is surrounded by hype, in large part to the recruiting and coaching that Bobby Hurley has done over the past few seasons. This comes as no surprise to many bceause of Bobby’s father, Bob Hurley, who always had success coaching. Bobby Hurley is the apple who didn’t fall far from the tree.

“He grew up around it [winning culture],” ESPN College Basketball Analyst Seth Greenberg said on The Brad Cesmat Show this week. “He understood the difference between enabling players and coaching players. He understood the idea of setting an expectation and creating a vision.”

Greenberg noted that Hurley is as competitive as anyone there is, which works both for and against him in certain situations on the court. Bobby’s brother, Danny Hurley, coaches at the University of Connecticut and according to Greenberg, they were both “born to coach.”

With no fans in the stands this year, there have been more issues with technical fouls for Bobby Hurley and his players, because the refs can hear more of what the players and coaches are saying in the heat of the moment.

“Bobby’s a fighter,” Greenberg said. “He’s trying to create a cause, he has an edge. That’s what made him a great player. So when he first started coaching… he was living it [every call] in the moment. So he was wearing on the officials and he was wearing on his players.”

Patience has come with time for Bobby Hurley, and Greenberg believes he’s only scratching the surface of his coaching potential at this point. Add on to his increased patience and skill, with recruiting classes that fit his culture, and you have a recipe for long-term success.

The culture is the key element for this team. Senior guard Remy Martin has the most experience in Bobby Hurley’s system, so it’s up to him to lead the charge for freshman stars Josh Christopher and Marcus Bagley and other talented backcourt members Alonzo Verge and Holland Woods. All that talent has brought national attention to the program.

Rebounding has been a hole in this team’s game so far, and Greenberg said they really look like they miss the presence of Romello White, who transferred to Ole Miss this offseason. They will need to improve upon that weakness if they want to be more than just an NCAA tournament team.

The Sun Devils have the talent. The culture is growing. Bobby Hurley is getting better as a coach. Now they need to put it all together.