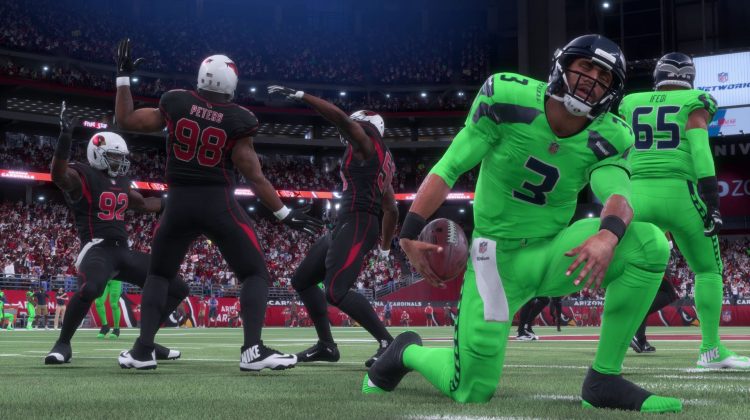 In a world without sports and limited social interaction due to COVID-19 concerns, high school athletes have been put in a situation never seen before. Students are restricted from campus, resulting in the cancelation of all sporting events, practices, workouts, and even face-to-face interaction with teammates.

With students studying and training from their homes, the Tolleson Union High School District Athletic Directors dabbled with the idea of using esports to bring some competitive nature into the houses of student-athletes. That idea evolved into making a spring football tournament. This tournament would take place virtually on EA Sports’ popular Madden NFL series.

An email addressed the idea to the football coaches of Copper Canyon, La Joya Community, Sierra Linda, Tolleson Union, West Point, and Westview. Once the idea was universally accepted by the coaches, the staff at Westview took hold of the reins.

Here is the bracket! We are set to start Monday. If you’re playing you’ll be contacted tomorrow. pic.twitter.com/T37O5jmV25

“Our football coaches jumped in and said they were in. That’s when Coach Gehrts jumped in and created a flyer and sign up process,” Westview Athletic Director, Tonya Lee said. “We’re trying to make some competition that our student-athletes are missing right now. Make it friendly and have them talk to each other as much as possible.”

Football players from each of TUHSD’s six schools will make up the 21-team single-elimination tournament on the Play Station 4 platform. Seeding was determined at random. The tournament is scheduled to begin Monday and span until Friday. Each player will select one team to play as, for the entirety of the tournament. The athletes will know who they are matched up against and must work together to find a time to play the match prior to midnight of the given date.

“Our kids at Westview are already getting after each other that they better win,” Westview Head Football Coach, Nick Gehrts said. “Everyone seems to be all in for it and I think it will be fun and give one school some bragging rights. Hopefully, some gamer friendships will be made.”

All Arizona High Schools were officially closed and activities canceled for the school year on March 9. That included the abrupt conclusion of baseball, softball, track and field, tennis, and volleyball seasons along with any spring practices. Seniors will be unable to conclude their final seasons of high school sports and teams will be unable to prepare for the 2020-2021 school year in-person for the foreseeable future.

“It definitely was heart-breaking for our spring season to be canceled and we understand that,” Lee said. “I know a lot of the seniors are heartbroken and they’re dealing with a lot of emotions right now. I think as an AD you kind of grieve along with your student-athletes.”

The hiatus due to COVID-19 has brought along a slew of innovation as athletes have developed ways to stay healthy and fit while unable to access campus’ fields or weight rooms.

“I love seeing how creative all student-athletes across the whole state are getting with their workouts, pick up random items, their brothers and sisters, bags of sand, pushing cars up and down the street,” Lee said. “it’s been really inspiring to see who really has that creative mind that’s still working and trying to get better.”

Gehrts hopes athletes can stream their Madden matchups to allow teammates and fans to root on their team’s representatives as they battle on the virtual gridiron.