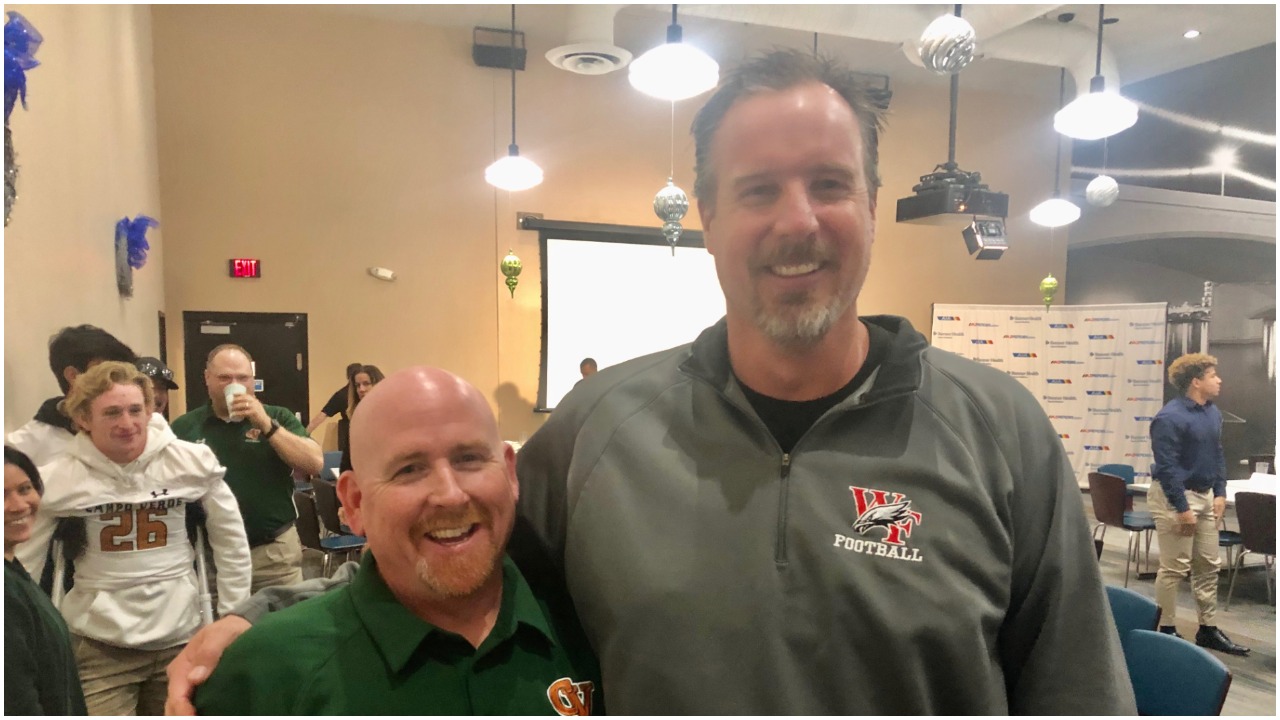 Just four miles separate Williams Field High School and neighboring Campo Verde High in the southeast Valley but the bond shared between the two head coaches, Steve Campbell and Max Ragsdale, is much closer than that.

For Campbell and Ragsdale, their history dates back to the mid-1990’s when Campbell was College Football Hall-of-Fame inductee Jake Plummer’s backup quarterback at Arizona State and Ragsdale was a graduate assistant under the late Bruce Snyder.

As the two now close friends prepare to face one another in the 5A State Championship this weekend, they look back fondly on their player-coach time together in Tempe.

“I gave him his campus tour,” Ragsdale said to Sports360AZ.com of Campbell, one of the nation’s top recruits in 1994. “That was part of a GA’s duty. I [also] just remember walking up to his door and delivering him snacks. His hair was everywhere…he just grabbed the food and shut the door in my face. When you wake someone up from a nap to give them a sandwich, I’m sure that didn’t make him too happy [laughing]. It was a lot of fun.”

“Coach Ragsdale likes to paint this image,” Campbell explained flashing a wide grin. “He opened up this…by saying I was a big-time quarterback. I was a sideline guy! I wasn’t a big-time anything.”

“Max was one of those guys,” he continued. “You always made sure you stayed in good with Max because he’s the guy that could either make your life really good or really miserable. Max was the one running practice and equipment and those types of things. [They] could make your life miserable if you weren’t right by them.”

Max Ragsdale was a GA at ASU when Steve Campbell played QB there. Now they’re coaching against each other in the 5A championship. pic.twitter.com/ExBD4LtoBn

Campbell, for one, isn’t surprised by the success of Ragsdale and his Coyotes who, despite a late-season three-game losing streak (including one of those setbacks to Williams Field) enter the title matchup dangerous and with nothing to lose as an unheralded six-seed who’s already knocked out 5A heavyweights Higley and Notre Dame Prep to get to this point.

“One hundred percent his characteristic is who they are,” Campbell said of Ragsdale’s squad. “Do what you’re supposed to do and do it right. You’re going to be a tough-nosed person because that’s who Coach Ragsdale is. He’s fiery and tough but has one of the biggest hearts.”

The respect is certainly mutual and Ragsdale isn’t afraid to admit he models Campo football after the school just down the Santan Freeway in Gilbert.

“We try to emulate our program after them,” he said without hesitation. “He’s a heck of a coach.”

Fittingly, the Black Hawks and ‘Yotes will kick off at 11:00AM Saturday at Sun Devil Stadium — on the campus where it all started nearly 25 years ago. 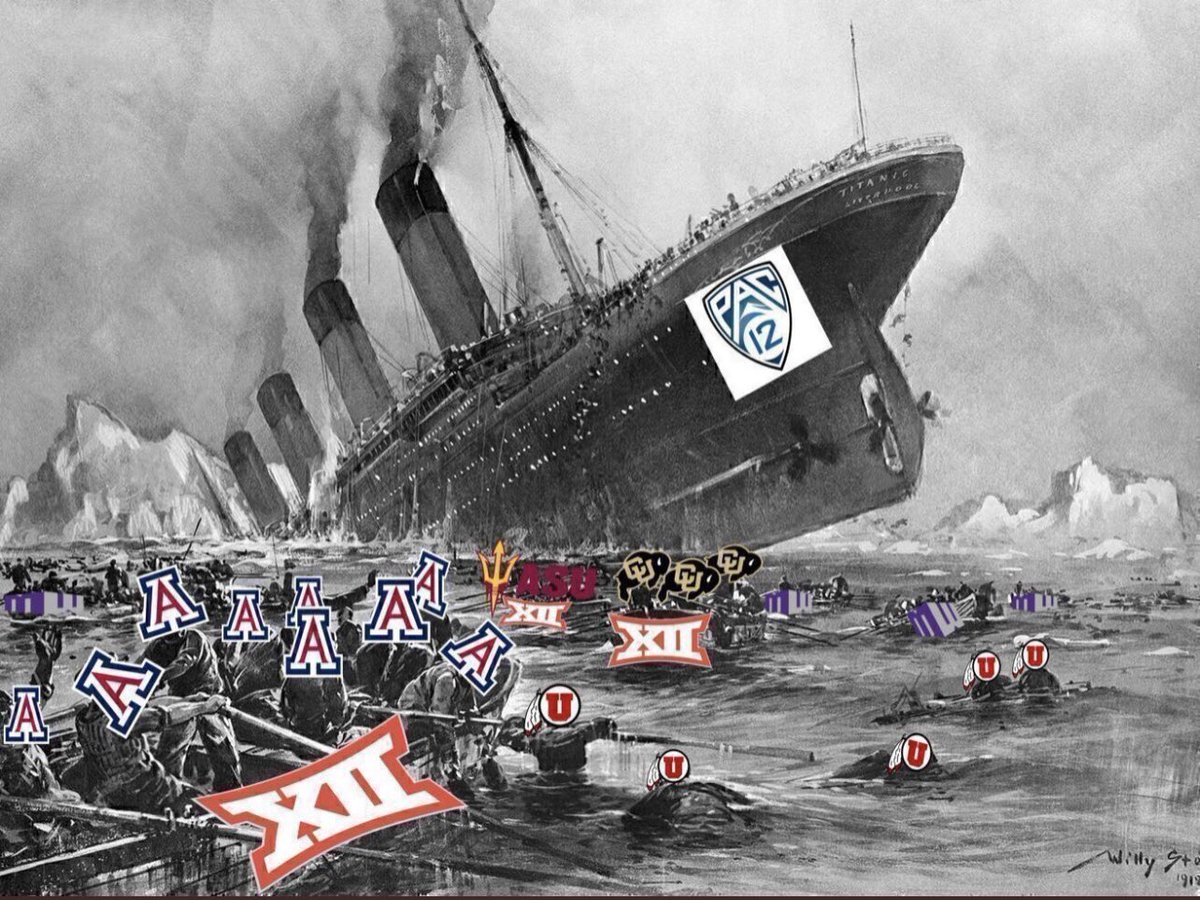 Luis-Chiefs fan Retweeted · Brad Cesmat
@bradcesmat
Pac-12 survival: The benefits of a partnership with Amazon on media rights — and so much more - https://t.co/zUZEzXO3xP via @sports360az @wilnerhotline @PrimeVideo
View on Twitter
6
0