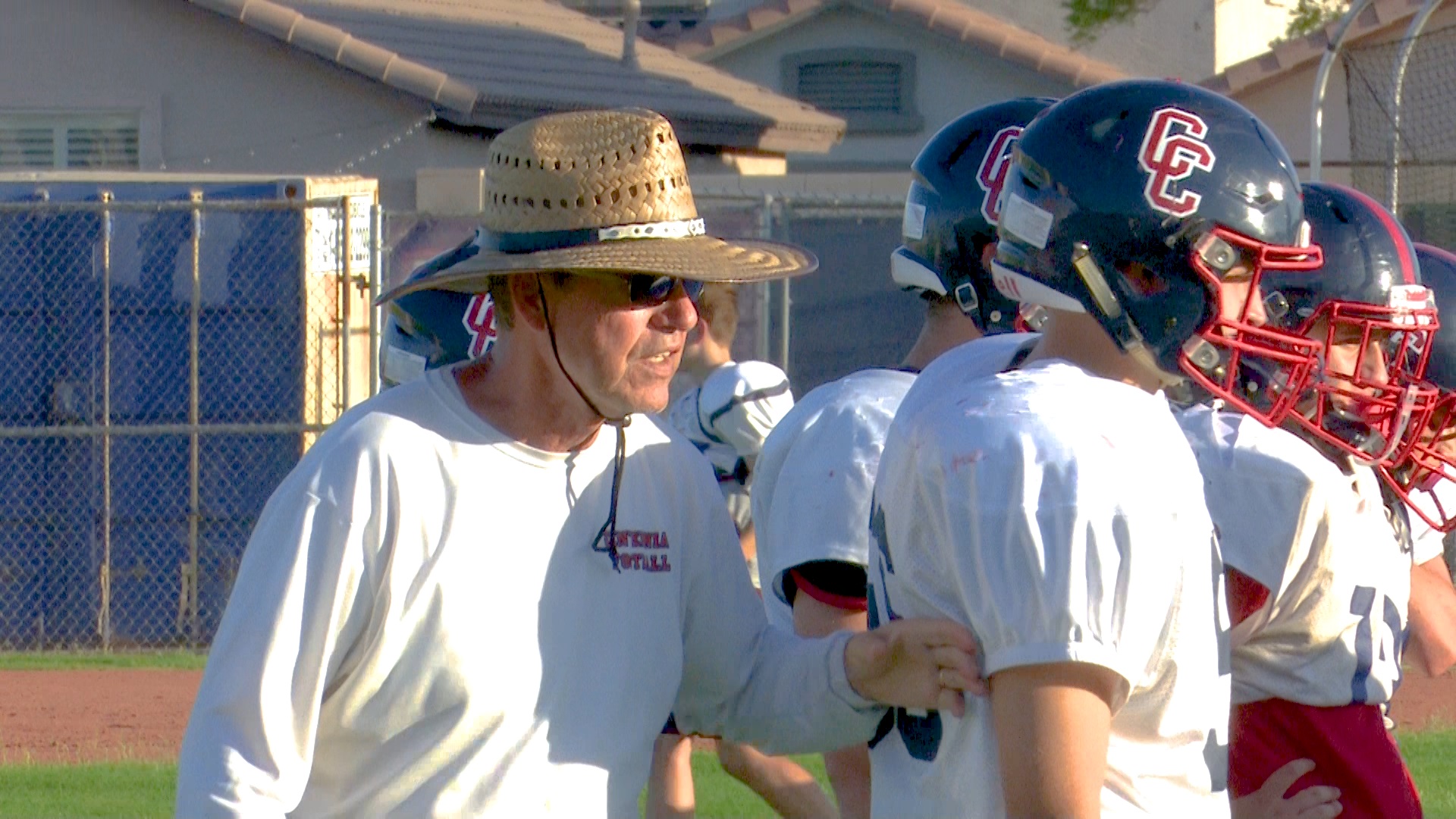 You may have seen the likes of great teams such as Centennial, Saguaro, Chandler, or others play live and in person. But have you ever wondered, “what does the best high school football team in the nation look like?” Well if you get to Centennial High School early enough on Friday, you’ll find out.

The number one team in the nation, Mater Dei Monarchs (CA), are en route to Peoria, Arizona to battle the Centennial Coyotes. Over the past two seasons, Centennial has battled against three top tier teams in the nation on their home turf. Two seasons ago, it was Florida’s St. Thomas Aquinas who the ‘Yotes defeated in the regular season. Centennial followed that up with a near-shut out of Nevada’s parental powerhouse, Bishop Gorman in 2018.

According to Centennial head coach, Richard Taylor, it was a call from Santa Ana to Peoria that got the ball rolling on about a game. “They called us and asked if we were interested in a game two years ago and it didn’t work out,” Taylor said. “I didn’t know if he would ever call back or not, but he did. They may have been looking for an easy game in between two hard games, but whatever the reason, we’re proud the number one team in the country is coming to Centennial High School.”

After losing in a shutout against Washington’s Eastside Catholic in a post-tournament Bowl Game last year, CeHS is set to battle their fourth national power in the past graduating class. Ranked 96th in the nation by MaxPreps, the Coyotes are coming off a bye week following a seven-point win against Casteel. Keep an eye on Jaydin Young, an athlete who is no stranger to performing against top tier teams. Young led the team in tackles last year against Bishop Gorman and led the team as a sophomore against St. Thomas Aquinas.

Expect MDHS to score regardless of how powered up the Centennial defense is. Quarterback, Bryce Young is following in the footsteps of past Monarchs, Matt Leinart, Matt Barkley, JT Daniels, and most recently Bru McCoy, going from a Monarch to a USC Trojan. Young has thrown over 9,000 yards in his Mater Dei career featuring 101 touchdowns and just 16 INTs. Naturally, protecting one of the best QB’s in the nation is one of the best offensive linemen in the nation, Myles Murao, verbally committed to Washington.

Centennial Quarterback, Jonathan Morris, is tasked with keeping the offense moving down the field not only against a tough defense but in a way that matches the same productivity that the Monarchs will try to enforce against them. “The boys enjoy that type of challenge and it gives you a chance to see where you really are compared, not just as a team but personally, against some of the best athletes in the country,” Taylor said. Arizona commit, Dyelan Miller, will be a key receiver for Morris while Jaydin Young returns as the leader in All-Purpose yards from last year.

A total of ten different players have scored for Mater Dei in their two games in 2019. Monarchs long-time head coach, Bruce Rollinson, scored his 300th career victory to start off the season. Combined with Taylor’s experience, the two coaches have witnessed more than 600 combined victories as a head coach over nearly eight combined decades.

While a 1 vs 96 matchup seems pretty lopsided, don’t jump to conclusions. USA Today dubbed the Coyotes “the giant slayer from Arizona,” citing their two other wins against teams who were ranked nationally in the top 20 in the nation at the time of their loss to the Coyotes. This will be the toughest opponent an Arizona school has ever witnessed, and now Arizona fans have the opportunity to see the team for themselves.

“I think the community has a chance to see a team from another part of the country, we get to compare ourselves with them, and plus it’s just exciting to see what the number one team in the country looks like. And let alone not watch them on TV but to play against them.”

Business trip to Arizona ? The #monarchs are officially headed to the desert to take on Centennial. pic.twitter.com/dlF5GLMkHo

See more about the game in the latest edition of AZ Audibles.