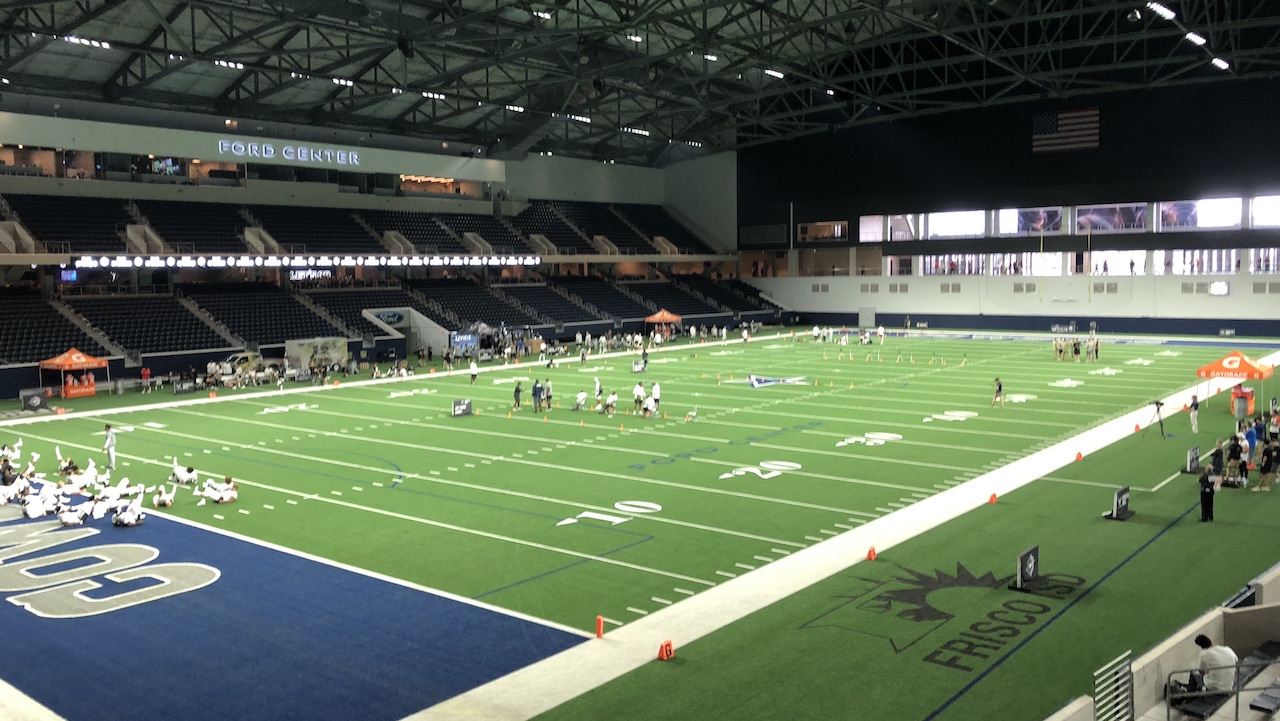 It’s that time of year again. Some of high school football’s best have made their way to The Star in Frisco, TX to go head-to-head in a week of competition at the Elite 11.

We’ll be putting out full features on the following guys mentioned, but I wanted to drop some notes here on the latest updates from guys with ties to Arizona or are being recruited by some of the schools in State 48:

The Chaparral quarterback shut things down after a few reps at the Elite 11 due to a lat injury. Despite not being able to compete on the field, he is soaking up all the training and lessons provided off the field from various college quarterback counselors and coaches.

“It’s been awesome,” Miller said of the past year. “It’s been everything I want it to be. Ohio State’s a great place and hopefully we get a few more from Arizona.”

Namely Salpointe Catholic safety Lathan Ransom, who is Arizona’s other representative at The Opening.

It seemed like no matter where Ransom was, there was one, if not multiple, Ohio State commits nearby. Seems like the Buckeyes are trying to finish strong for the Tucson thumper.

“It would be huge for us,” Miller said. “Lathan, Kelee, Bijan, they could all make an impact at Ohio State right away I think. They’re really big targets for us, and we’re trying really hard.”

The Salpointe Catholic safety is a hot commodity with his fellow participants and media. He told 247Sports that he hopes to have a commitment made by July 16th, his 17th birthday. He also said the trio of Ohio State, Notre Dame and Texas are the frontrunners for his commitment.

But right now, he’s taking a lot of pride representing Tucson at a premier event like The Opening.

“It means everything,” Ransom said. “Tucson’s always overlooked and we take that personally. It’s always awesome to show we have some ballers there too.”

Sun Devil at The Star

It sounds like Coach Aguano approaches recruiting the same way he did when leading the Chandler Wolves.

“He’s a laid-back guy,” Trayanum said of Aguano. “He presents you with a situation. If you take it, you take it.”

Trayanum has played both sides of the ball and looks forward to being the featured back his senior year.

One of the most intriguing players who caught my eye during testing was Bakersfield wide receiver Isaac Jernagin.

The 5’9.5″ athlete did a little bit of everything last year and posted a 4.45 40-time at The Opening regionals. On Monday, he showed his hops with a 44.8-inch vertical leap.

He’s being recruited as a wide receiver by both Arizona and ASU, and he said both schools have done a good job setting themselves apart.

More from The Opening in the coming days…