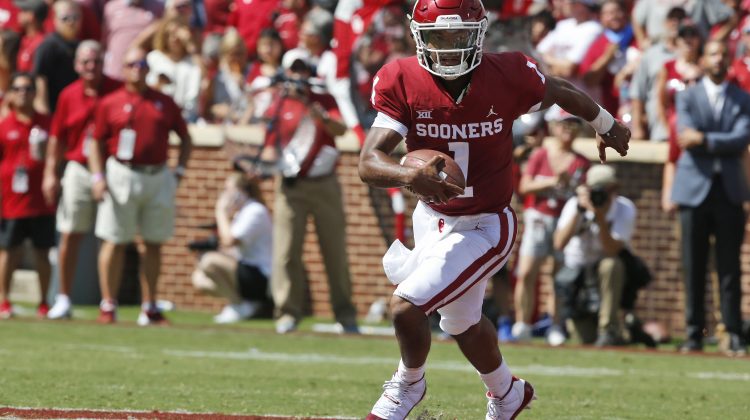 Maybe Kliff Kingsbury is a prophet.

Way back in October, when he was the head coach of Texas Tech, he said he would take Oklahoma quarterback Kyler Murray first overall in the NFL Draft.

A lot happened since that off-hand comment, but here we are with Kingsbury the head coach of the Arizona Cardinals and Murray, the Heisman Trophy winner, as his quarterback of the future.

In his only year starting at Oklahoma, Murray was a first-team Associated Press All-American and Player of the Year. He threw for 4,361 passing yards and rushed for 1,001 yards and 54 total touchdowns. He was the only quarterback in FBS history to throw for over 4,000 yards and rush for 1,000.

Murray was also the ninth overall selection in the 2018 MLB Draft by the Oakland Athletics. The A’s allowed the outfielder/quarterback to play a season at Oklahoma, where he was among the nation’s best.

In February, Murray made his intentions known that he will focus on football.

Now, the question is what will happen to Josh Rosen, who was selected 10th overall by the Arizona Cardinals in 2018.

The storylines are just beginning….