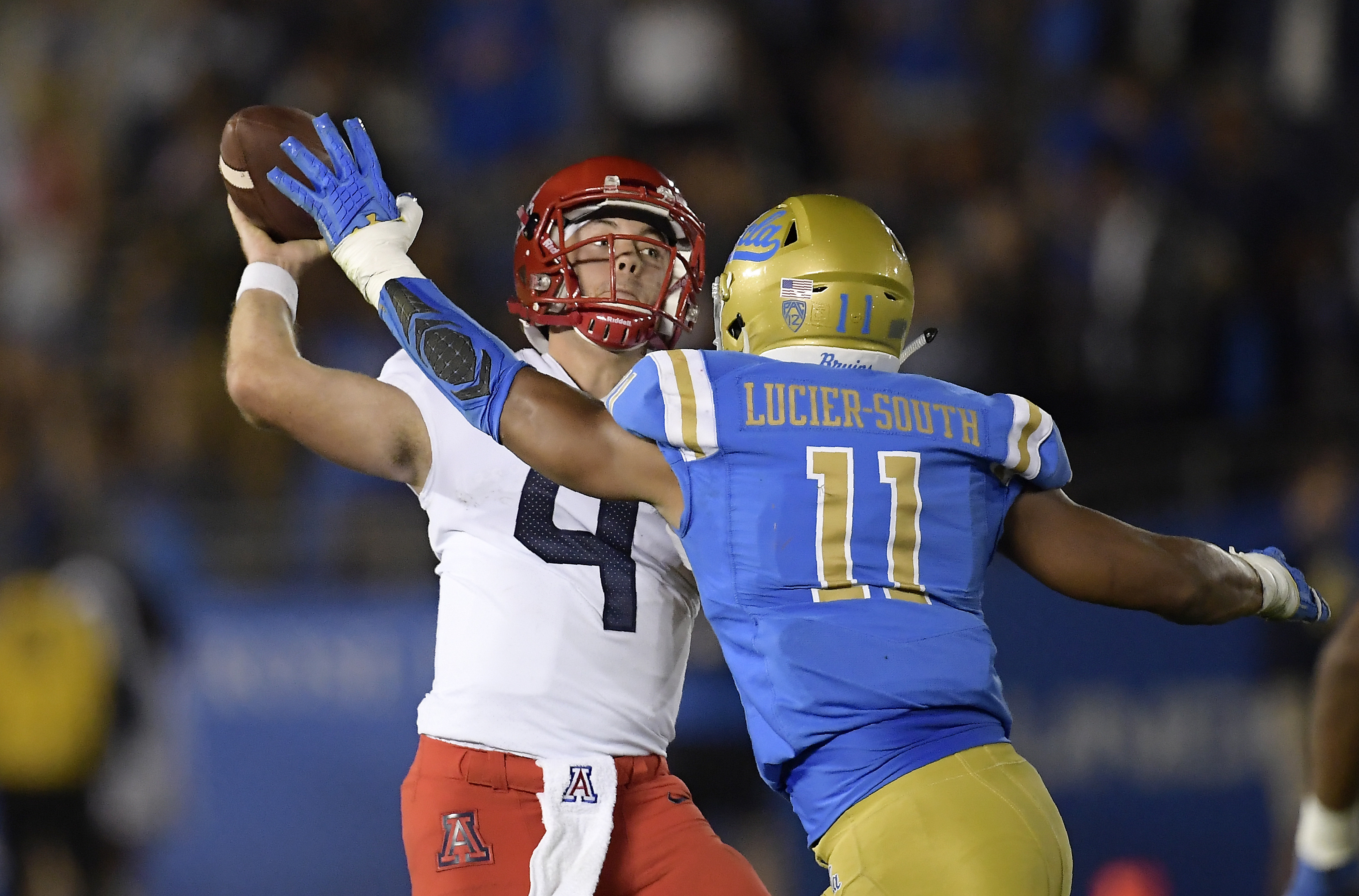 The final score Saturday night read 31-30 UCLA over Arizona. As is usually the case with a close loss, you can find a play here or there that was the difference. In this case, it was a breakaway run by J.J. Taylor in the second quarter. He was just a few yards outside of the UCLA goal line when a defender tracked him down and punched the ball out with the Bruins recovering in the end zone. But wait, there’s more. Quarterback Rhett Rodriguez had a touchdown pass picked off by the Bruins. Those two plays kept the Wildcats winless in Pac-12 South play.
Rodriguez played well enough to deserve a better fate. 15 of 34 for 231 yards with two touchdowns(both to Shawn Poindexter) in his first ever college start is pretty good. Two interceptions was the downfall. Taylor rushed for 154 yards and a score.
Arizona is now 3-5 on the season. They will host Oregon on Saturday.