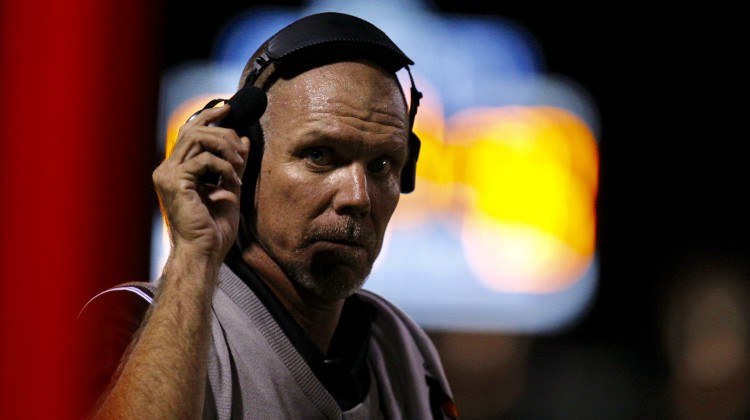 Rich Wellbrock has officially been named as the new head coach at Mountain Pointe.

The hire comes after former Pride head coach Norris Vaughan resigned in mid-December after nine seasons. Vaughan led Mountain Pointe to three state championship appearances, one of which resulted in the title in 2013.

“It’s a unique opportunity because of the area and what Coach Vaughan has been able to build,” Wellbrock told Sports360AZ. “From an outsider’s view it’s right place right time. I’m very excited and happy to be leading that program.”

Wellbrock comes to the Pride after spending one season as head coach at Basha. Before Basha he spent seven seasons at Desert Edge where he led the Scorpions to a 74-16 record and a state title in 2015.

So it's official. Wellbrock to Mountain Pointe

Mountain Pointe is a run-based program known for having solid lineman. The Pride’s style of play is one that Wellbrock is familiar with from his tenure at Desert Edge.

“It’s hard-nosed running football,” Wellbrock said. “The pieces that they’ve had and the history of the lineman and how well coached they’ve been, it’s a fit for me and my style of coaching.”

Wellbrock became familiar with 6A during the 2017 season at Basha.

“Every week is a dog fight,” Wellbrock said. “There’s no easy opponent each week and the coaching is so good. It’s all about the preparation you put in for the 48 minutes each week.”

“You have to have kids ready to go,” Wellbrock said. “I think the biggest thing between the conferences are the (first teams) are pretty good in each conference.”

The biggest thing that Wellbrock said he will take away from his year with the Bears is “stick to your vision.”

“What you know, what you’ve learned, from my experiences, as well as my mentor, sometimes you go astray from that,” Wellbrock said. “It’s that grind though, it’s that jumping up and making sure the kids are prepared after a tough loss.”