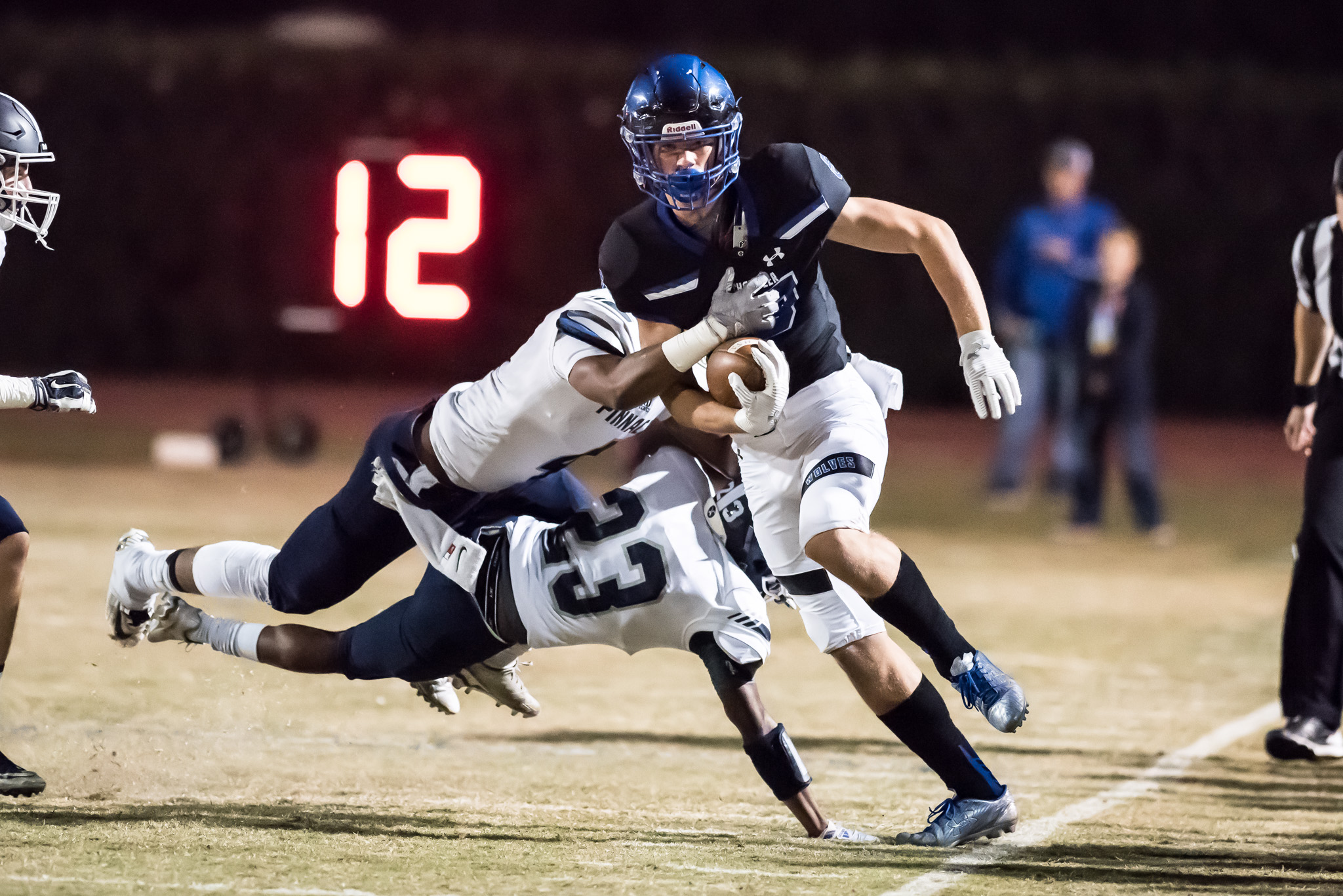 The stage is set for Friday as schools from the 2A-6A classification hope to punch their ticket for a chance to hold up the gold ball at Arizona high school football championships.

Let’s take a look at some of the more anticipated match-ups and a few storylines to watch from 6A and 5A as we count down to kickoff at venues around the state.

Last year Perry’s defense sputtered down the stretch but you certainly can’t say that about this Pumas’ group who have allowed just 20 total points in two post-season wins against Boulder Creek and Hamilton. The task will be much tougher when they face the Pride, who have ramped up their offensive production following a mid-October loss to Desert Ridge.

Like all Norris Vaughan teams, MP has a stable of talented runners. The trio of, running backs Jakim McKinney and Gary Bragg, as well as quarterback Nick Wallerstedt have combined for close to 3,000 yards.

The Pride will likely try to move the ball on the ground and keep quarterback Brock Purdy and the white-hot Perry offense on the sideline as much as possible.

Just like that, Red Mountain is back in the semi-finals. That’s the good news. The bad news is they’re facing the defending 6A Champion Chandler Wolves in a rematch from the season-opener for both teams in 2017 (a 42-14 Wolves win).

Shaun Aguano’s squad, per usual, seems to be peaking at just the right time in all three phases of the game. Chandler had a long interception return for touchdown and a fake punt score in their quarterfinal shootout win over Pinnacle.

This game features two of the most explosive offensive players in the state in Red Mountain’s do-everything star Lance Lawson (over 3,000 career rushing yards) and Chandler’s dangerous senior Drake Anderson who has 29 touchdowns and is closing in on 2,000 yards rushing this season.

This may be my favorite semi-final game at any level.

The Saints escaped a close call at home last week against Boulder Creek as star Jake Smith hauled in the game-winning overtime touchdown from Kylan Weisser. First-year coach George Prelock said after the game there’s plenty of things to work on before making the trip to Marana Mountain View High for their neutral site showdown against the top-seeded Bobcats.

The University of Arizona commit has thrown for more yards (1768) and touchdowns (22) during his season year, while he’s also seen an increase on the ground, tallying over 1,000 yards and 16 more scores.

@CienegaBobcats takes over in the second half, starting off with this long TD… which @Jamaryejoiner says … “i was jogging” ?? thats a helluva jog. pic.twitter.com/wNl1KTnvCx

Cienega will be looking for a better semi-final performance than their lopsided 56-21 loss to Centennial last November at Tucson High.

Another backyard brawl in the west Valley between these long-time rivals who will square off at Peoria High School.

Expect the Lions have the Coyotes full attention after Liberty stormed back for an improbable 21-19 win at Centennial three weeks ago.

The Lions star Ryan’s (Bendle and Puskas) are two of the better players in the state. Bendle has thrived behind center running the spread to near perfection all season. The junior Puskas is a big, ball-hawking safety whose late-game interception sealed Liberty’s quarterfinal win over Ironwood Ridge on Friday.

Your final score. Centennial on to Semis against Liberty. pic.twitter.com/WnGvPYmHGi

Richard Taylor’s squad, as usual, won’t try to fool you on offense. Centennial’s run-based attack is led by Zidane Thomas who’s been all-world (again) as a senior with close to 1,500 yards rushing and 18 touchdowns. If the ‘Yotes play two more games he could mirror his junior stats (1,888 yards, 18 touchdowns).

Expect another low-scoring game with both teams featuring sound defenses.