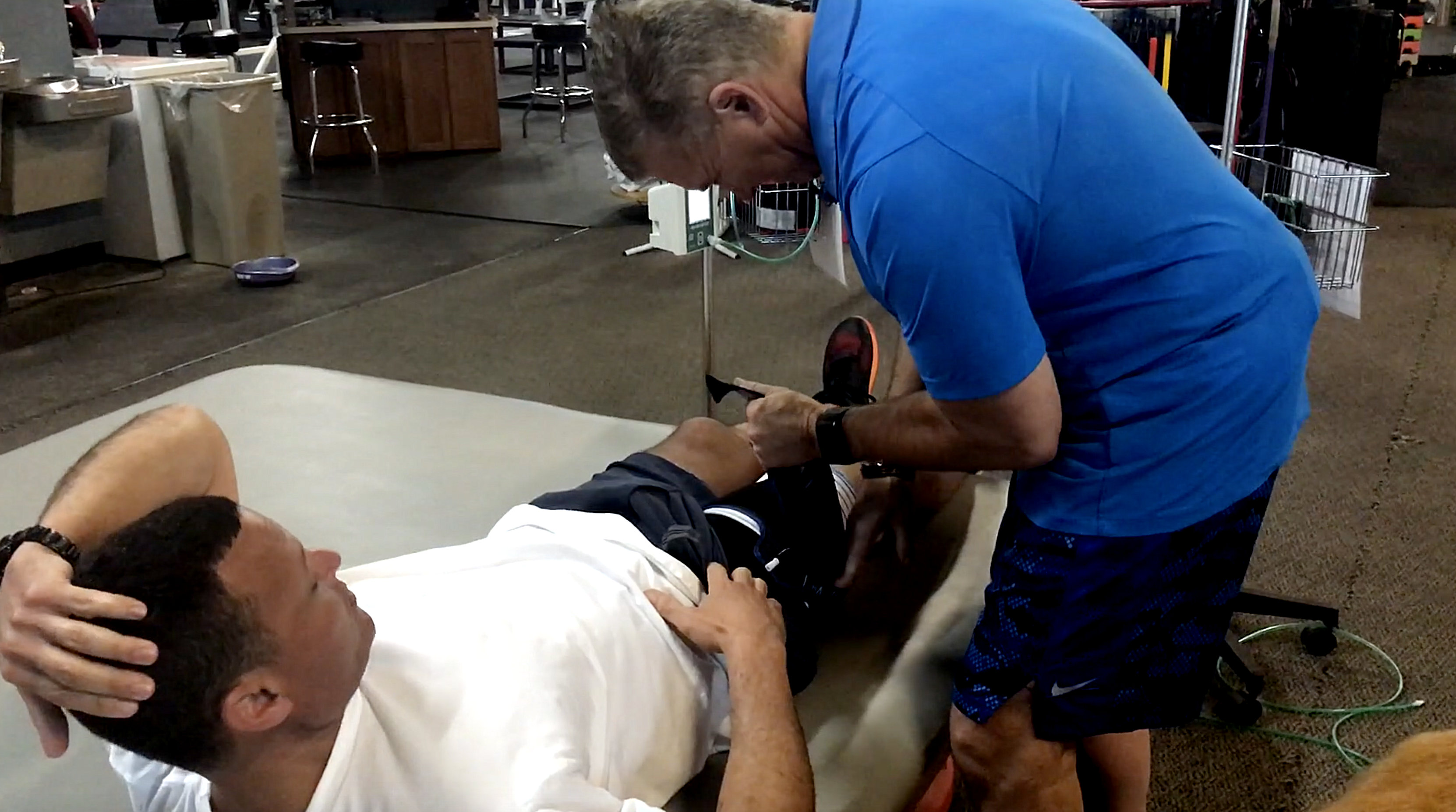 By Brandy Aguilar
Fischer Institute, one of the nation’s top centers for physical therapy and performance training for professional athletes, is providing a new cutting-edge therapy to speed up orthopedic recovery. “It was six weeks before I could put weight on it [left knee] and even bend it, so two months before I really started,” Sean Warren said. Warren turned to Brett Fischer at the Fischer Institute in Phoenix after surgery on his left knee at the end of last year.

He is no stranger to the institute. Warren utilized it seven years ago to rehab his other knee. “Physical therapy is voluntary as an adult,” Warren said. “You don’t have to go, but I wanted to get better for all the different reasons, including the hike.” Warren not only wanted to get back to doing his daily activities, he was hoping he could be ready to hike the Inca Trail to Machu Picchu in Peru this summer. One way to get there was trying a new therapy technique called Blood Flow Restriction or BFR.
“It feels quite a bit like putting a band on to do your blood pressure,” Warren said. BFR uses a specialized FDA-approved system on an injured limb with a personalized and specific pressure to reduce blood flow in the leg or arm. By doing this, a patient can lift light weights and see benefits as if they were actually lifting heavier ones.  “Basically what BFR or Blood Flow Restriction is, is a cuff that measures how much pressure it will take to occlude 100 percent of your blood flow,” said Fischer, a physical therapist and founder of the Fischer Institute. “Research has shown that if I occlude 80 percent of your arterial flow [in lower extremity] and 50 percent of your arterial flow in your arm [upper extremity], it will create this effect. “And what this effect is, is that we use weights that are super low,” Fischer continued.“So we go 10 to 20 percent of one rep max, which is super lightweight. We use the cuff and now their brain thinks that we’re using heavy weights, but we’re tricking the brain into thinking we’re lifting heavy weights and we’re not,” he said.

“So the muscles and joints are happy, the brain then tells the pituitary, ‘Shoot down HGH, IGF 1,’ which are hormones that the body produces to help heal and produce strength, [and it also increases] protein synthesis, which is the mechanism to repair tissue.”

While the military and college and professional athletes are utilizing BFR, it’s not just for the elite.

“Now it can be used for anyone of any age with total knee replacement, strains, post-surgeries with ACLs,” Fischer said. The protocol for BFR starts off with the patient doing 30 reps with 30 seconds of rest and then they go into three sets of 15 reps with 30 seconds of rest in-between. “The patients who have been through previous surgeries, previous injuries, now can say, ‘Hey, I’m getting quicker, I’m getting stronger quicker,’” Fischer said.  As for Warren, since incorporating BFR into his rehab program at the end of February, he felt like his knee would be strong enough for that 25-mile hike.

“I would say if you believe in science, the evidence is clear that this is effective at strengthening,” Warren said. “Seeing someone who has joint pain and they’re getting their leg stronger and say they could have never done this without [BFR] to reach my goal, it’s really a fulfilling feeling you get as a physical therapist to know I helped someone get over this hump,” Fischer said.

Congratulations to Warren. He finished the Inca Trail hike in Peru with a group of friends in June.

11-20 Little Brother Could Help Big One 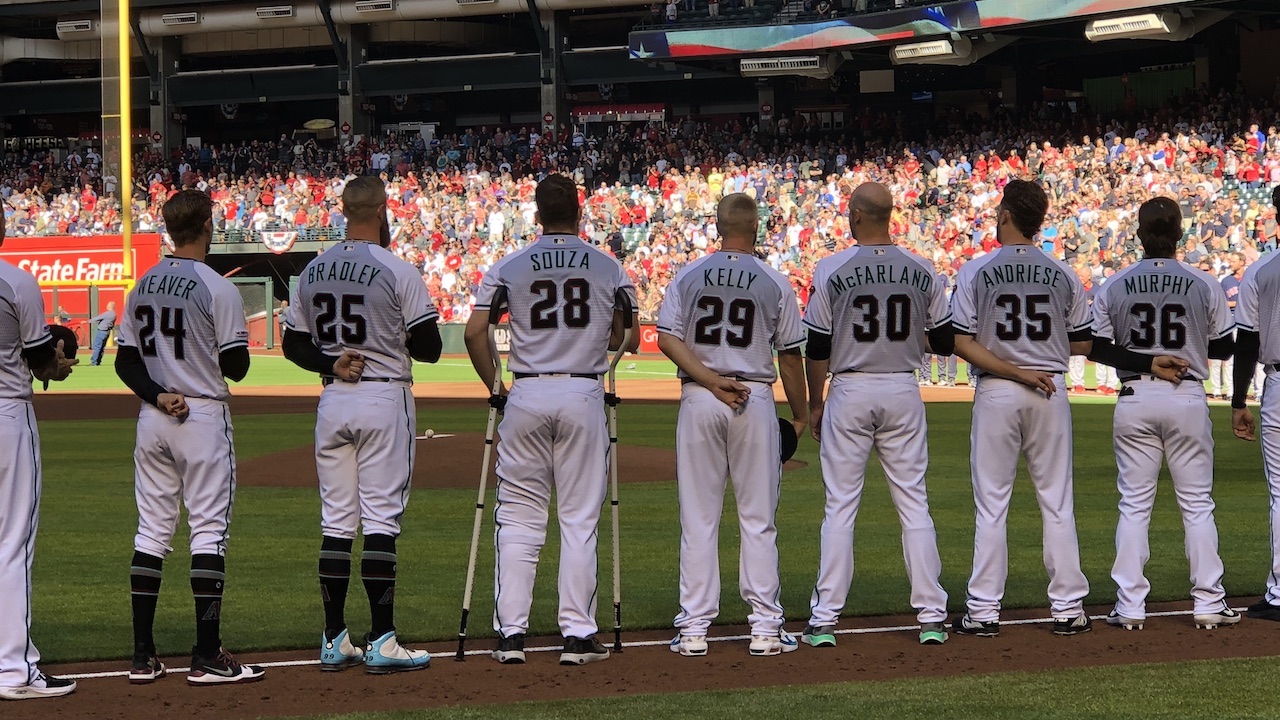 Souza Focused on Return to Lineup This Year

Booker mauling the competition : Inside the numbers of his 51 point night - https://t.co/BWzd2W8S2e via @sports360az
View on Twitter
1
0