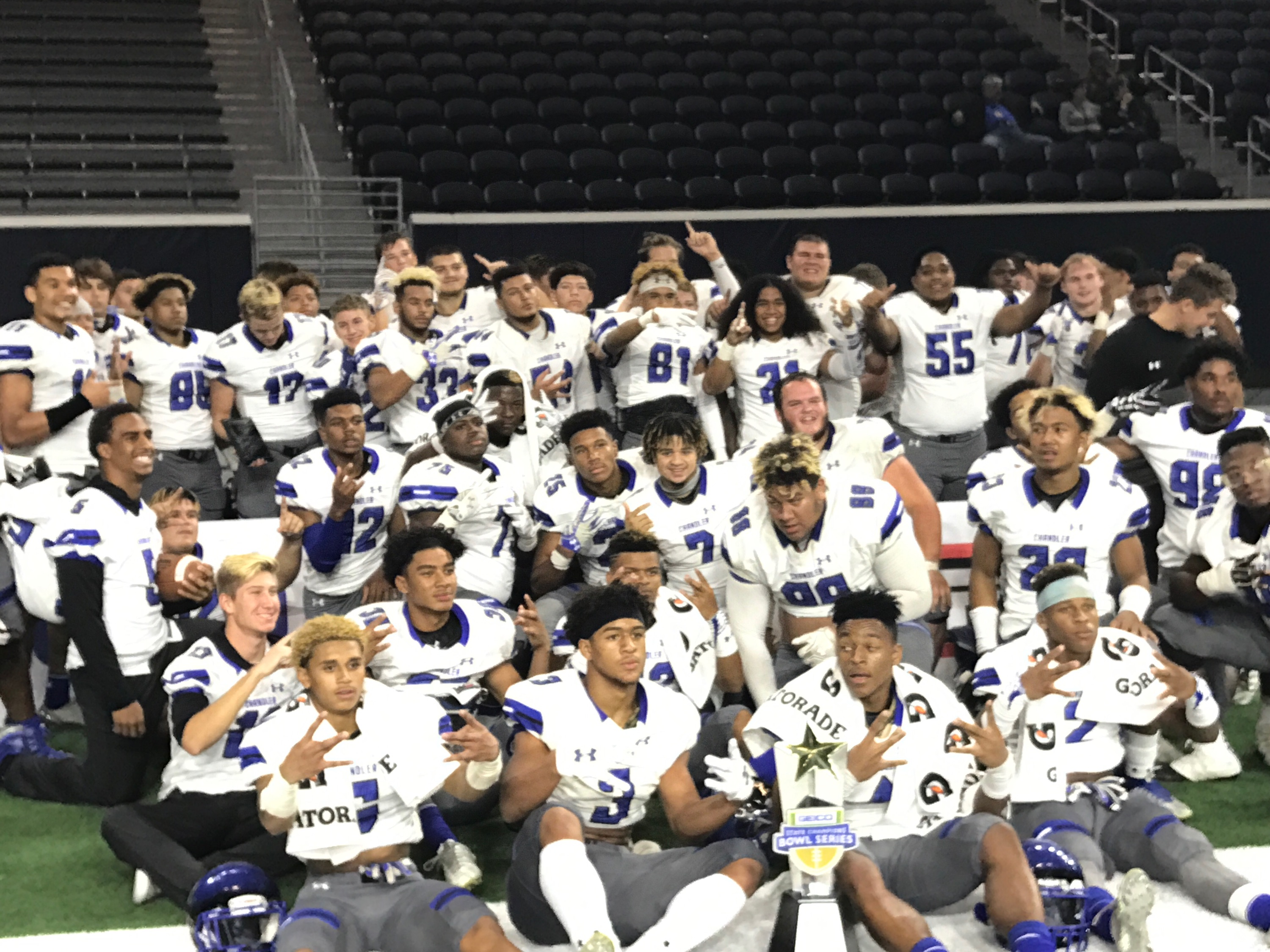 Some of the highlights from the game for head coach Shaun Aguanos team.

Chandler Running back T. J. Green, who’s headed to Oregon State for his college ball, would put on a show in the game

What was impressive about the performance by the Wolves was how clean of a game they played. There were very few penalties and Chandler used their strength and size advantage to push Valdosta all over the field. There was never a point in the game where it looked as though the visitors were going to make a push on Chanlder. That’s a real credit to the coaching staff and the administration of the Wolves. This game was put together basically at the end of November after Chandler beat Mountain Pointe.

With the victory, Chandler finishes the 2016 season with 11 straight wins, including the 6A State Championship. 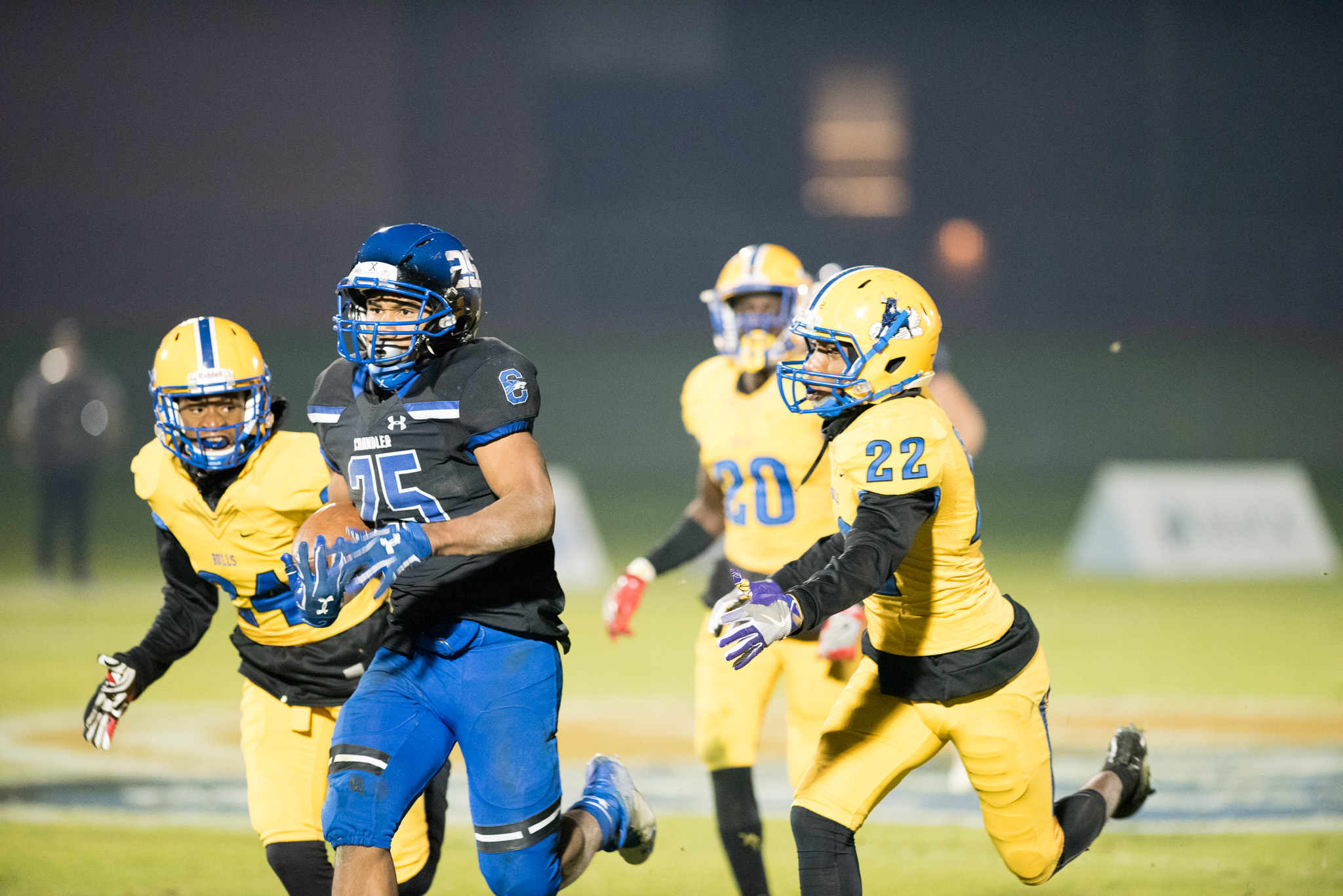