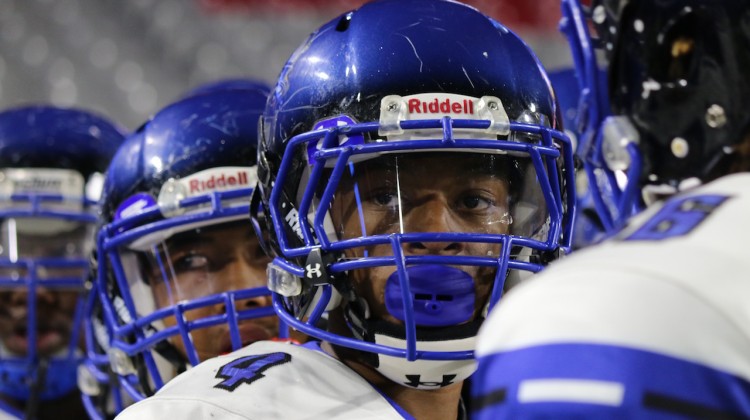 Although there is no more high school football in 2016 it’s still, ‘The most wonderful time of the year’ I’m told so let’s dive into this week’s notebook with some things around the state on the high school front which caught my eye.

Bowl Full of Opinions…It’s now official, the Chandler Wolves will play tradition-rich Valdosta (GA) in the GEICO State Champions Bowl Series in Frisco, Texas two days before Christmas on ESPNU. Everyone seems to have a take about the importance/significance, or lack thereof, of these post-season “bowls” so I decided to ask someone who knows a little something about winning state titles and playing on out-of-state ESPN broadcasts.

“I’m not opposed to post-season bowl games,” Saguaro head coach Jason Mohns said to Sports360AZ.com. “As far as playing in the game I think it has to be something that you need to evaluate on a case-by-case basis.”

Mohns believes we will see more of these state vs. state post post-season games as high school football gains more popularity. It also gives the ESPN family of networks live football programming which is never a bad thing.

Maverick Talent…Quietly in the far west Valley Maverick Gamez put together a pretty solid senior season at Verrado. His skill set and dimensions (6’3, 185 pounds) caught the attention of a local college who believes Gamez is just scratching the surface of his potential at quarterback.

Extremely blessed and excited to announce my commitment to further my faith, academics, and football career with @ACUFootball1 #RollStorm pic.twitter.com/B1ntj2ge9O

A team captain and three-sport athlete with the Vipers, his prep coach is excited to see what lies ahead for his former signal caller.

“Maverick is a perfect fit for ACU,” Derek Wahlstrom explained to Sports360AZ.com. “He is an excellent student-athlete but his character is off-the-charts. Knowing what Coach [Jeff] Bowen is working to build, Maverick is a fantastic fit for what they do in all aspects at ACU.”

Wahlstrom said Gamez’s game improved simply by getting more reps after missing most of his junior year due to injury. He threw for over 2,100 yards and 17 touchdowns as Verrado went 7-4 and made the 5A playoffs.

Boise Bound…Sunrise Mountain’s Chase Cord won’t be the only Valley quarterback to toss it around on the blue turf in the coming years. Former Show Low standout Rathen Ricedorff committed to the Broncos after a monster season at Mesa Community College where he threw for over 4,000 yards and 47 touchdowns. Ricedorff, who is married and comes from a football family, is looking forward his new life chapter both on and off the field at BSU.

Honored to be a part of the @BroncoSportsFB Family! ?? Excited to announce that I’ve Committed to Boise State University!! #GoBroncos pic.twitter.com/JW2y0IDFhv

“We fell in love with not only the community but the entire coaching staff and their families,” Ricedorff said to Sports360AZ.com. “I’m excited to have an opportunity to be a part of the Bronco family and everything they stand for.”

Ricedorff, who plans to study business, said he can envision “settling down and starting a family” in the coming years in the Boise area after his playing days are over at the Mountain West school. He recently took a visit to New Mexico before committing to Boise last weekend. It will be interesting to see how the Broncos’ coaching staff will use him Ricedorff with talented incumbent and fellow junior-to-be quarterback Brett Rypien already entrenched as the starter.

Small Town, Big Prospect …It’s not hard to spot Ralph Frias when he’s walking around his hometown. Standing 6-foot-7 and around 315 pounds the senior-to-be offensive tackle is poised for a big season.

“I plan on lifting and getting stronger for next season,” he said of his off-season plans to Sports360AZ.com. “I also plan on [attending] some out-of-state football camps.

Frias has an offer New Mexico State, as well as Pima Community College. He’s received interest from Utah, Utah State and a handful of other Power Five programs. Expect recruiting interest for this former high school basketball player with the sweet feet to pick up in 2017.

The Valley’s pipeline to Oregon State has one less success story as Paul Lucas announced he will leave the Beavers after two seasons. The former Mountain Pointe standout initially played wide receiver before being moved to running back for the Beavers last season. Another former Pride star has already made a sales pitch to Lucas for his next destination.