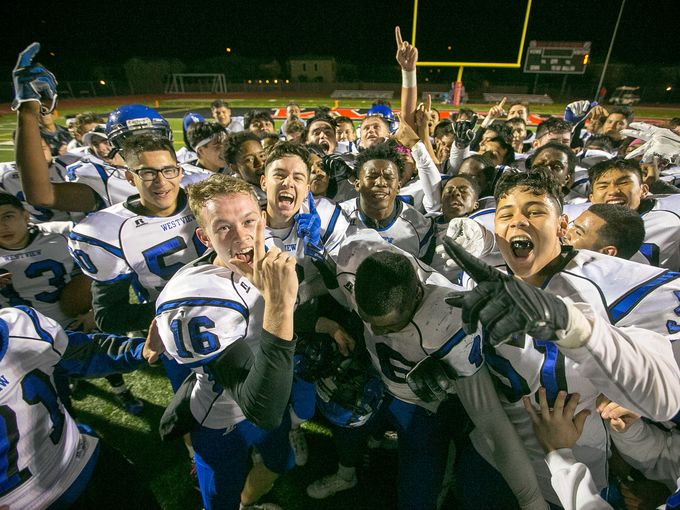 Some people are all about the next challenge.

After turning things around at Tonopah Valley, leading the Phoenix to 9-2 last year, their first winning season in a decade, Nick Gehrts is on to the next challenge.

This time it’s a big one. Gehrts will take over at Westview, a Division II program with a rich history and expectations to go along with it.

“I don’t think I can sit here and be honest if I said it’s not that big of a jump,” Gherts told Sports360az.com earlier this week. “It is a big jump.”

It’s also a unique situation, as Gherts will fill the shoes of a coach who stepped down for reasons that had nothing to do with football; Joe Parker, the former Knights coach who led the team to 18 victories in his two seasons as head coach, left the team to be more available at home when a long-awaited child entered his family.

“They have a great staff over there for the football team,” Gherts said. “And being able to keep those guys on staff is going to help tremendously. And then bringing in some guys also that have head coaching experience and that can help me and make sure that I don’t mess it up basically.”

There’s no question there’s pressure on Gherts. Westview hasn’t had a losing record since 2005, and they’ve won at least 10 games five times in that span. But Gherts is ready for the challenge.

“Westview has such a great tradition and history, and I’m trying to find somewhere where I can help make them a little bit better,” Gherts said.

For Gherts, leaving Tonopah Valley might be the hardest part about the move.

“It’s tough,” Gherts said. “It’s always tough. At the end of the day I know I gave Tonopah Valley everything I had over the last four years. It’s an opportunity that I know I couldn’t pass up to be able to go to Westview, and I think the kids understood that more than anything.”

The unusual circumstances of the job becoming open leaves Gherts with an uncommon chance to build on something that has been developing for some time.

“I’m a west-side guy, and I’m just excited to be a part of the tradition, really,” Gherts said.