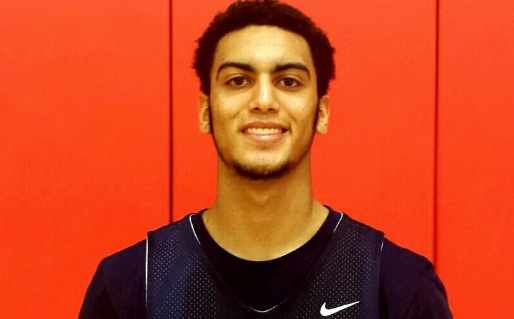 Arizona will be represented in Bahia Blanca, Argentina for the 2015 FIBA Americas U16 Championship as former Perry High School and now Findlay Prep guard Markus Howard has been selected to Team USA.

“It’s truly a blessing to play overseas and for my country, especially knowing the history of all the past names that have been apart of this program,” Howard told Sports360AZ.com. “It means a lot to me to represent my country, my family, my friends, and my home state of Arizona.”

Howard began the process in pursuit of making the team on May 28th as the USA coaches and election committee has conducted two-a-day practices up until the start of this week. The committee narrowed down a list of 29 of the Country’s top 16-and-unders and narrowed that down to 17 finalists on Sunday morning. All leading up to the final 12 being announced Tuesday. It has been a rigorous process for Howard and those hoping to be selected.

“The experience was really intense,” Howared explained. “But I have had a lot of fun competing with great players and learning from outstanding coaches.”

Howard has made a name for himself as being a prolific scorer both during the high school and club seasons. Coaches knew this about him coming in, but Howard wanted to spotlight how much more he can do on the basketball court.

“The coaches really liked my defense, how hard I played and my leadership,” mentioned Howard. “I’m really known as a scorer so I wanted to emphasize the other.”

Whether he made the team or not, Howard is certain that this experience in Colorado Springs over the last several days has made him a better player going forward.

“This competition level is the best in the world so you’re challenged each and every practice and helps in really elevating your game,” he stated.

The USA U16 team is coach by head coach Don Showalter of Iowa City High School in Iowa and assistant coach Miles Simon, who obviously also has local ties as he is an University of Arizona Alum who lead the Wildcats to their only Men’s Basketball National Championship.

Scheduled for June 10-14, the upcoming U16 tournament serves as the Americas zone qualifier for the 2016 FIBA U17 World Championship. The top four finishing nations from the FIBA Americas U16 Championship will earn a berth to the 2016 U17 Worlds next summer.

Arizona is extremely well represented top to bottom in USA Basketball this summer as in addition to Howard, Desert Vista’s Kristine Anigwe is part of the USA 3-on-3 and U18 teams and also Pinnacle alum Sydney Wiese is a member of Team for the World University games.