If you watch Roy Lopez III on the football field and find yourself asking if he has some sort of advantage tossing away helpless defensive lineman…well, he does.

Actually in more ways than one.

“He’s been groomed well by his uncles and his cousins,” Roy’s father and Mesquite Offensive/Defensive Line Coach Roy Lopez, Sr. told Sports360AZ.com in a recent interview about his son. “He’s got a lot of people he looks up to. It’s been good for him.”

Besides having a father and uncle who were All-Americans, Lopez III has also taken some of his skill-set he used as a Division I State Champion wrestler to the Friday night trenches between the white lines.

“It’s very beneficial,” he explained to Sports360AZ.com. “I’ve got good hips. It teaches me how to use my hands, use my feet on the defensive side of the ball and [on] offense.”

Those good hips and smooth hands and feet have helped garner offers from NAU, Weber State and Idaho, as well as interest from UofA, Utah and Utah State.

His number one priority this summer is to improve his speed and quickness getting off the ball and into opponent’s backfields. He’s hoping the 15-20 pounds he shed from his frame will help further elevate his game and improve on his 17 tackles last year.

Off the field Lopez III keeps it low-key spending time with family and friends and taking in the occasion movie to help decompress from the grind of the season.

“He’s got a great personality, we’re real lucky,” Lopez Sr. said with a grin. “He’s a great young man…I let him be a kid.”

Truth is Lopez III is anything but a kid on the field or the mat. 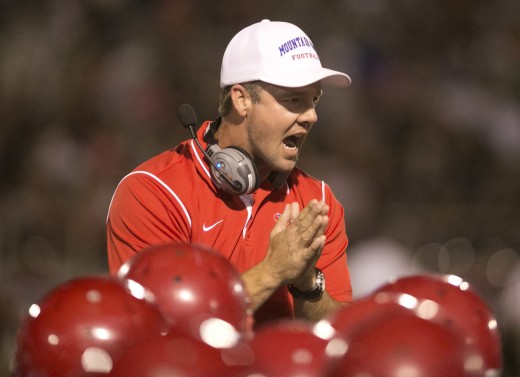 Camp 29 Showcasing Some Of Best HS Football Talent In AZ