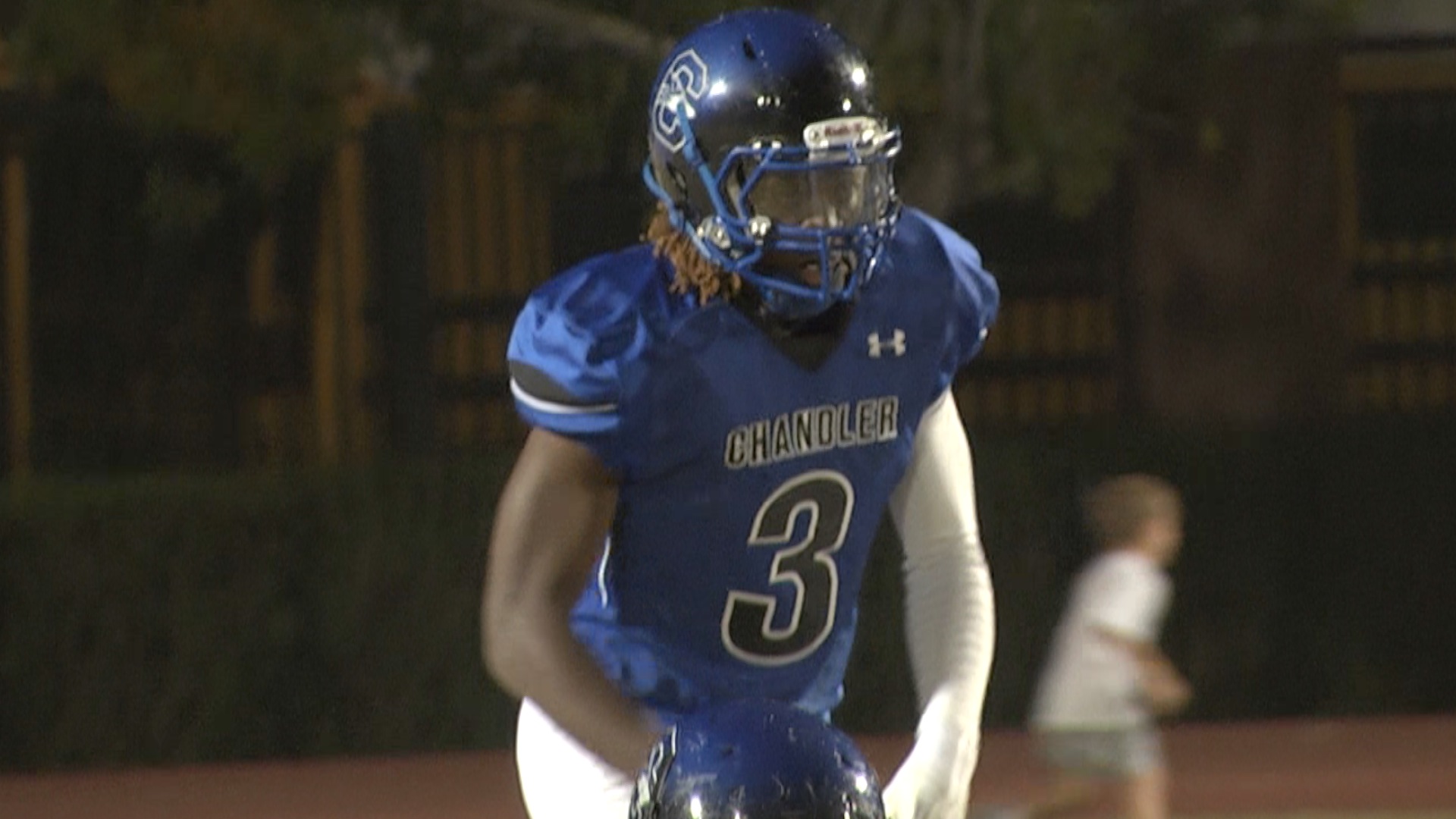 If there’s one thing sports fans love, it’s labels. If there’s one thing they love even more than labels, it’s lists. Millions of sports-oriented conversations take place globally each day, with a large bulk of them themed around the topic “What type of player are they, and where do they rank when measured against others in that category?”

Chandler QB Bryce Perkins has been at the center of several of these conversations. Perkins is a 6’3″, 185 lb ASU football commit. He’s quite the athlete, helping lead the Wolves’ basketball team to the playoffs last year as their second-leading scorer, as well running on both the 4×100 and 4×400 relay teams in track.

Sometimes the easiest comparison to make is based on an athlete’s immediate surroundings, and the company Perkins keeps is definitely not short on talent. Bryce is the younger brother of UCLA sophomore RB Paul Perkins, who is 7 rushing yards away from breaking into the Bruins’ top 20 all-time leading rushers. He’s also the son of Bruce, an NFL fullback, nephew of Don, an NFL RB, and wears the same high school jersey once worn by successful collegiate signal callers Brett Hundley and Darrel Garretson.

This season, Bryce Perkins has worked to free himself from some of the boxes and shadows he’s been put in and played in, and forge his own identity as an elite quarterback. “I’ve been labelled as an athlete and a runner, but this year I’ve matured and been disciplined with my reads,” said Perkins. “Anyone who has seen me play would agree.”

If you’ve seen Perkins play at any point in the last month, you’ve been able to witness a level of passing efficiency that this state may have never seen before. In the last five weeks, Perkins is 72/85 (85%) for 1,299 yards and 20 touchdowns. You read that right- Perkins has seven more touchdowns than incomplete passes in his last five games. Perkins has completed 74% of his passes this year, and if he keeps this pace up, he’ll take down Luke Rubenzer’s 2013 record for highest completion percentage in state history. Of course that type of accuracy depends on more than just the QB’s arm, such as O-line protection, playcalling, and receiver skill- but at an average of 15 yards per completion, it’s obvious that Perkins’ passing skills are among the state’s best.

“Staying in the pocket has been a focus of mine,” said Perkins. “I’ve been told that I can’t make these throws or read defenses, so I made it my mission to be a student of the game for the 2014 season.”

It’s hard to pinpoint exactly who’s still left out there that views Bryce Perkins as more of an athlete than a pocket passer, especially when Perkins doesn’t even rank in the top half of division 1 quarterbacks in total rushing attempts. When compared to one of the state’s other senior quarterbacks who is also committed to playing the position in college, you see that the false perceptions possibly go both ways. Brian Lewerke of Pinnacle, who is widely regarded as the state’s best pure-passer, has twice as many rushing attempts, and four times as many rushing touchdowns as Perkins, while Perkins could throw 140 consecutive incomplete passes and still have a career completion percentage above Lewerke’s.

Arizona State earned Perkins’ commitment in part because they relayed to him that they believe he is a quarterback, but the Sun Devils also have celebrated young passers on the roster like Manny Wilkins and Rathen Ricedorff, and also have a commitment from elite 11 QB Brady White. Looking at such backlog of talent at the QB position, it’s easy to see why some have speculated Perkins will have to change positions to see the field. The fact that people think he could make a smooth transition from QB to any other position could be taken as a compliment of his athletic ability, but Perkins instead chooses to see it as a challenge. “People think I’m the same person I was last year, but in reality I’m the opposite. I barely make plays with my legs because of my ability to read defenses, and because I’m blessed with a great receiving corps.”

At the end of the day, you can call Perkins whatever you like. Athlete. Run-first. Dual-threat. Pocket-passer. What Perkins has proven over the last two seasons is that whatever label you’d like to give him, and wherever you’d like to rank him, you need to remember to call him a quarterback.