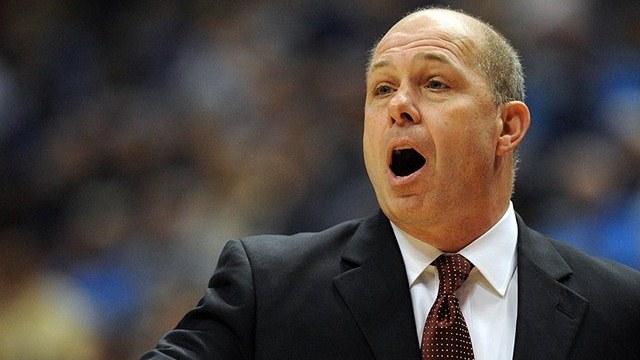 Transferring in college athletics, especially in college basketball, has become a major part of every offseason. My colleague, Eric Sorenson, recently wrote an article detailing all of the Arizona-related college hoopsters that will be part of new basketball programs this coming season as a result of a voluntary transfer.  The number is significant.

Recently, I had the opportunity to join Arizona State Head Basketball Coach Herb Sendek for one of his periodic get togethers over coffee or lunch with members of the media.  We had an in-depth conversations about the team, the conference and college basketball as a whole. As both a college basketball fan and member of the media, it was most interesting to have a coach’s perspective on these topics.

The conversation eventually moved to the subject of student-athlete transfers in college basketball. It is no secret that Arizona State has experienced both the positives and negatives of transfers.  They have had a constantly rotating roster because of players coming and going. According to Sendek, this is not just about college basketball. “So many times what happens in athletics is a reflection of our society at large,” he said. “What we see in basketball transfers in the last two years, in excess of 1,000, simply reflects our society at large. Our guys are the same ones watching Sports Center listening to Dwight Howard want out of Orlando. Carmelo Anthony saying ‘I want out of Denver and want to go to New York,’ Chris Paul saying ‘I want out of New Orleans and want to be in LA.’”

“When Doug (Tammaro) and I grew up in Pittsburgh, our dads went to work at places like U.S. Steel and 30 years later, they got their gold watch and retired.” He added that “Roberto Clemente was the right fielder for the Pirates. He wasn’t going to be a free agent and be playing for the Cubs the next year or the Red Sox. He was going to be a Pirate. That’s not how it is now. The kids now who are graduating will have as many as five jobs in three years. They may change careers more than their grandfathers changed jobs. This is a generation that from the time they were small, they were being socialized to make choices and make changes. This is the natural outcome of that.”

Sendek reflected on how the culture has changed during his coaching tenure. “When I first started coaching and a guy transferred, it was more likely that the reaction to the player was ‘boy you couldn’t cut it, what are you doing back home? Get back there and pay your dues.’”  Over time, the initial reaction to a transfer changed.  Sendek noted that “we went to a middle period where everyone would look at a young man transferring and say ‘boy, something must be wrong with the Coach. He can’t relate.  He’s not connected. He’s too mean.’ Presently, Sendek sees transferring as “common place.”  He calls this the third phase where if you even blink, a player will be gone.  “No one can even blink. Either that or you would be constantly blinking all the time.”

Sendek no longer can count on a three or four year commitment from his players.  Going into the 2014-15 season, Jon Gilling will be the only four year player on the ASU roster with Eric Jacobsen and Bo Barnes behind him, both having been with the program for three years. Other than these three players, Sendek notes that the new age formula is two years.

You can definitely draw the comparison of transfers being like free agency. One example to the grounds for transferring covered by Sendek is also the graduate transfer rule.  If a player graduates from a college or university and has remaining eligibility, he does not have to remain with that same program in order to avoid a year of ineligibility if he transfers.  Rather, so long as he registers for a graduate degree at another university that is not offered at his prior school, he can transfer and be immediately eligible to play.  Jermaine Marshall took advantage of this exception last season with ASU, being a graduate senior with one more year of eligibility. Instantly, he filled a huge need as an outside shooter and scorer alongside Jahii Carson in the backcourt. ASU’s rival down south at the University of Arizona fixed a problem at point guard two seasons ago when Mark Lyons became a graduate transfer.

“If I had to do it over again, I think we would have spent more time recruiting junior college players earlier in my tenure here,” Sendek explained. “That is one thing coach Stan (Johnson) has really helped us with and coach Barrett (Peery) is doing the same thing with his background in that area. But I think it is just a good time to look at junior college players when you look at the landscape of college basketball.”  “The guys we have from junior college have just been special people,” he added. “They have been humble, hungry guys who are a lot of fun to coach.”

In 2014, Sendek has added more JUCO transfers to his roster than any other year in recent memory. All could make an immediate impact. The names to watch are: Roosevelt Scott, a guard out of Indian Hills Community College in Ottumwa, Iowa; 6-8 forward Willie Atwood, out of Connnors State College in Warner, Oklahoma; and California Junior College Co-Player of the Year Gerry Blakes, out of San Bernadino College. And, by the way, each has at least two years of remaining eligibility.  In addition, Sendek is counting on UNLV sophomore transfer Savon Goodman to fill needs on the roster.

Pursuing transfers is a trend that Sendek notes will likely not be changing any time soon. “I think the needle has totally moved to being more liberal than not,” Sendek explained. “For example, in the letter that the Pac-12 President signed, they advocated a position that would make the transfers even more liberal.”

Expecting a packed club again with a WCWS berth on the line. @Sports360AZ
View on Twitter
1
5