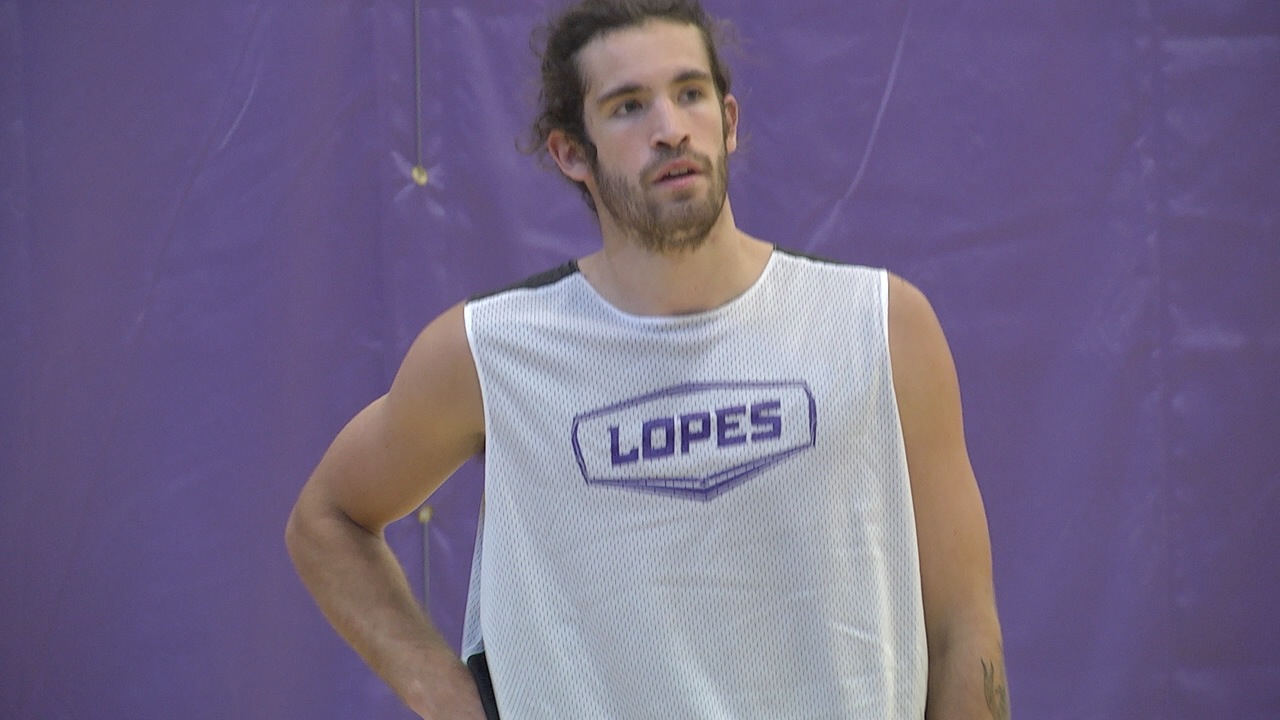 For Grand Canyon University basketball senior Daniel Alexander, sitting has been a part of much of his collegiate career to this point. He played just one game with Texas A&M before opting to transfer and then sat the entire first half of last season with the ‘Lopes.

For a former high school star out of Austin, Texas, not being out to compete every game did not sit well inside. But since it was required of him, he had some self discovery of what life outside of basketball could be like.

“It was during that time when basketball was taken away from me in a sense that I was able to find where my allegiance lies and find who I am outside of basketball,” Alexander explained. “Just relying on God and not necessarily my own efforts or how basketball is going. Without it, I didn’t really have anything to hold on to.”

Finally, when GCU drove up to Flagstaff for a game with in-state rival NAU on December 14th, 2013, Alexander was made eligible and suited up for the first time. It was the start of the ‘Lopes catching lightning in a bottle as he would make a big impact right from the start. Ultimately starting 21 of 22 games and averaged 12.7 points and 5.6 rebounds.

“I think it was humbling more than anything,” Alexander stated. “I get super nervous before any game. Even for pick-up games with my friends for some reason. I don’t know what it is. So it was just over the top. I felt like I was going into a gladiator ring but we were just up at NAU. But coming into it, it was awesome how much confidence everyone else had in me and how much confidence everyone has in each other which made it a lot easier to step in.”

Now as the 2014-15 season approaches. Alexander no longer has to worry about being forced to sit out in the future. Which will have him ready to hit the ground running instead of feeling behind everyone else.

“Personally just being able to start at the same time as everyone else because getting acclimated with the speed,” Alexander said. ‘It’s hard because you can try to mimic game speed in practice but in a game, it’s the same all the time.”

“I remember it taking a couple games to get back into that,” he added. “So I am looking forward to being able to start at the same time as everyone else at the beginning of the season.”

Year one at the Division I level was a success in the eyes of many for the ‘Lopes. Finishing 15-15 and 10-6 in conference was much better than the predicted last place finish before the start of the season. But if you ask Alexander and his teammates, there is not a feeling of accomplishment, their is a feeling to achieve more.

“The coaching staff wants to win a national championship so that right there is the goal,” said Alexander. “Maybe we were better than people though after being ranked last in the WAC. We actually didn’t find out about that until later and people said ‘wow you guys are actually good.’”

“I think this coming year the bar is set higher for us personally,” he added. “We are trying to get everyone on the same level so we can try and exceed where we were at last year and keep moving forward instead of being content with where we are at.”

GCU’s 2014-15 season, which includes non-conference games at Kentucky and at Indiana, tips off with an exhibition game against Western New Mexico at the newly renovated GCU Arena.

Jordan Spurgeon ·
@spurge_
A 🐥 for Jose Luis Ballester on 17.