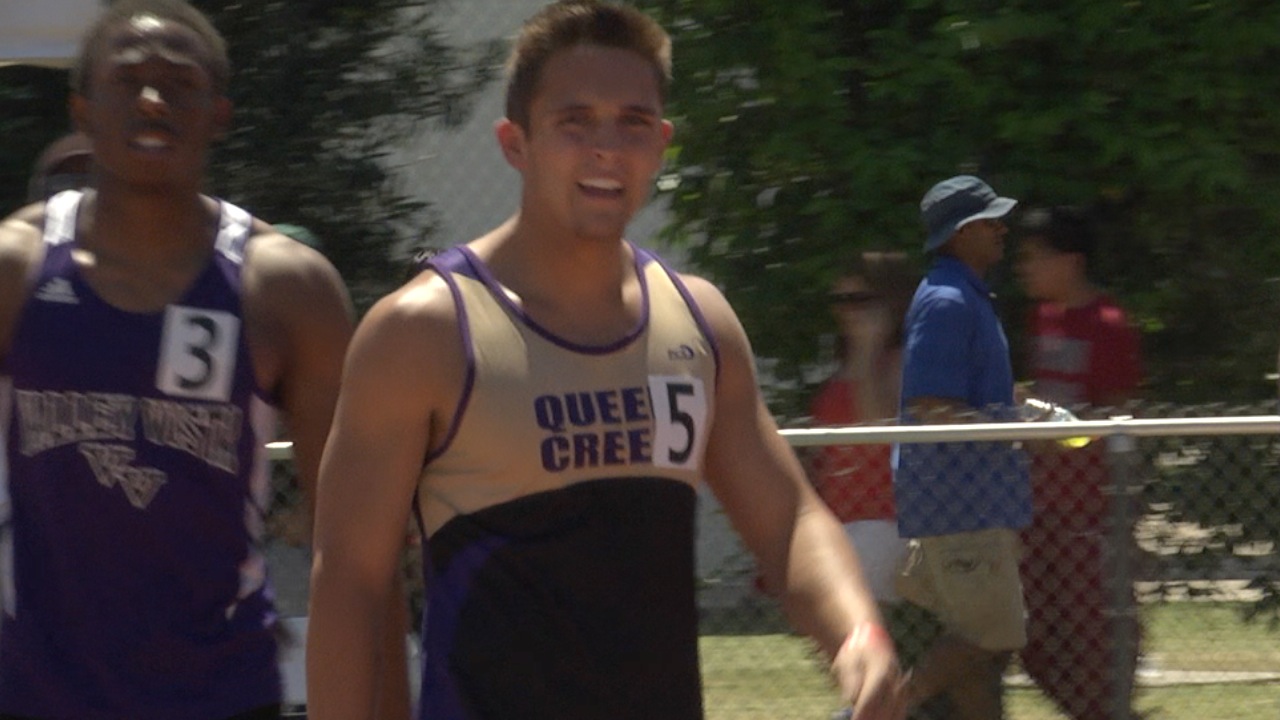 Many people know the story of Wally Pipp. If you are an athlete and don’t, it’s one you should learn well.

Walter Clement Pipp was a first baseman for the New York Yankees who got hurt, missed games and is now best remembered as the man who lost his starting role to a guy by the name of Lou Gehrig.

Over at Queen Creek High School, there is a similar story of a player making the absolute most of playing time because a player in front of him in the starting lineup missed time because of an injury.

The Bulldogs were coming off of an incredible state championship run in football in 2012 and were excited about the potential of what was ahead in 2013 with the return of Senior and reigning leading rusher in Arizona, Matt Guida. But early in the season, Guida would be sidelined because of a nagging hamstring injury.

Many thought that this would be a crushing blow for the Bulldogs as their rushing attack is the backbone of their offense. But in would step a junior by the name of Weston Barlow who pick right up where Guida left off. It got to the point where the Queen Creek coaching staff couldn’t keep him off the field, even after Guida returned for another state championship run.

“Coming into my junior year, I knew we had a running back,” he explained. “So I just decided to work my guts out and thankfully for me, it worked out and I had a great year in football.”

Barlow would run for a total of 2,335 yards, just under nine yards per carry and 24 touchdowns in place of Guida. He knew before the season that he would of had to prove himself to earn playing time before the injury to the starter and that mentality had him more than ready when his name was called upon.

“From the beginning of Matt’s hamstring troubles, and were pretty close buddies, I knew in the back of my mind that I needed to be ready,” Barlow stated. “Just knowing Matt, he was able to support me and having such a great team and coaches, it was easier than expected.”

The 2013 football season has been long over and many are already looking ahead to the 2014 season. But in the meantime, Barlow is once again turning heads but on a different field. The 100 meter dash on the track to be specific.

“When we got to track, I decided to work even harder,” Barlow mentioned. “Just to try and see where I could get to and it’s working!”

Whatever he is doing is definitely working. Barlow has set a school record in the 100 meter dash this year running a 10.96 and repeated that number in the preliminaries of the Sun Angel Classic. That time was the second best qualifying time for the 100 meter race that will be run in Tempe on Saturday evening.

Once a back-up that no one had heard of. Now one of the elite football players in Arizona and also one of the fastest guys in the state in the 100 meters all in one year. Getting that record and these accolades have nice, but not anywhere near the goals that Barlow has for himself.

“It’s not good enough,” he said. “I have to keep getting faster.”