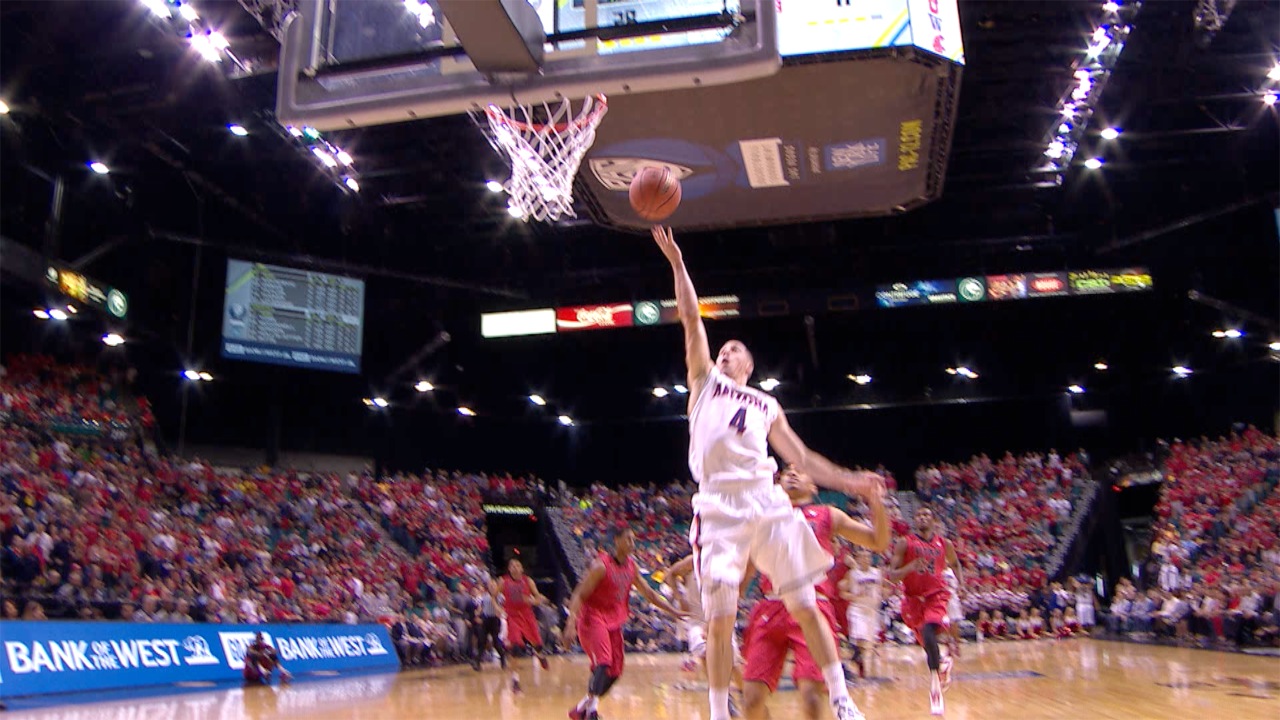 LAS VEGAS, NV–The Arizona Wildcats looked every bit like not only a number one seed in The Pac-12 Conference Tournament but possibly the number one overall seed in next week’s NCAA Tournament ripping Utah 71-39 in quarterfinal play at MGM Grand Garden Arena Thursday afternoon. With the victory the ‘Cats improve to 29-3 on the season.

Here are five things we learned in the win

1. Re-focused in the route: The rest of the conference, and country for that matter, is back on high-alert for UofA who looked nothing like the team which lost to Oregon on Saturday. The ‘Cats started fast racing the a 21-point halftime lead and never looked back. In this case, the regular season-ending loss in Eugene could be viewed as a positive. “We ended the season not the way we wanted to,” guard Nick Johnson said. “But it just kind of re-focused us a little bit. We got [after] it in practice [this week]. We had some work to get done.”

2. Running Wild(cats): Defense turned to offense as Sean Miller’s team smothered Utah holding the Utes to a Pac-12 Tournament record-low 13 first-half points. UofA made adjustments defending the high pick-and-roll from their last game in Salt Lake City, closing down the lane, holding talented guard Delon Wright to just five points on 1-8 shooting. Arizona scored 32 points in the paint, 12 of which came in transition.

3. Balancing Act: Even with the Pac-12 Player of the Year in Johnson, this continues to be much more than a one-man show. Besides Johnson’s game-high 14, Arizona post two other players in double figures. T.J. McConnell made six of his eight attempts and finished with 13. “I’m just letting the game come to me,” McConnell explained. “If I’m open, I’m obviously going to shoot it.” Aaron Gordon added 11. Four other players scored at least six. The Utes didn’t have a single player score more than nine.

4. Board to Death: Few things are more important this time of year than rebounding and Thursday’s lop-sided win was again aided by a clear advantage on the glass as Arizona held a 39-24 edge. Freshmen Rondae Hollis-Jefferson and Gordon combined for 15, four of those were offensive. Arizona led the conference in total rebounds during the regular season, as well as ranking in the top 25 nationally.

5. Cat Fresh: No Arizona logged more than 30 minutes Thursday. Having a first-round bye, coupled with an unexpectedly easy quarter-final game sets up well with possibility of playing three consecutive days if they reach the title game. Miller said he could sense the Utes wearing down early in the second half after winning a hard-fought game over Washington Wednesday.