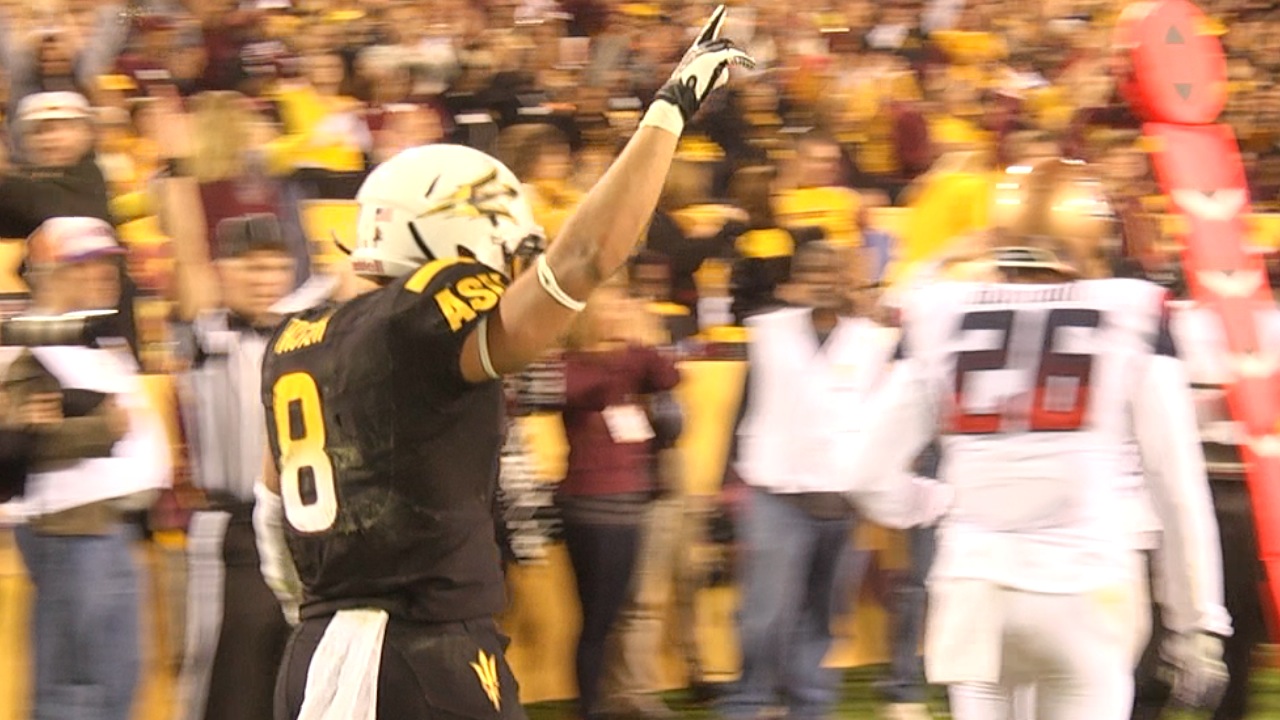 What a day it was for the local product in the local game last weekend.

D.J. Foster, was a prime target for not just ASU and the U of A, but many schools around the country. But he ultimately decided to stay home and compete for the team he grew up rooting for, the Sun Devils.

But little would he know that in his second season in Tempe, he would be put in the diver seat as the primary ball carrier in the all important Territorial Cup game against the Wildcats. Knowing well the magnitude of the rivalry, he allowed ASU to not skip a beat with Marion Grice sidelined with injury and rushed for 124 yards on 23 carries and two touchdowns.

It was Foster’s breakout performance and was an opportunity for him to get back to what he does best.

“At the end of the day, I am a running back so it felt good to be back at home and get the ball and get those carries,” said Foster. “I felt in my comfort zone and my o-line blocked tremendously.”

Marion Grice had been one of the nation’s leading rushers going into the game and also one of the most prolific threats for the Sun Devil offense. But with the versatile Foster behind him, they did not have to make too many changes to what they do on that side of the ball.

“I think they know I can do a little bit of everything,” Foster mentioned. “They just kept putting me out in positions that I could score and stuff and I definitely try to take for myself some of the things that Marion does well. I have to work on my patience a little more. He’s got great vision so I am just trying to slow it down a little bit and read stuff a little more like he does.”

Now up ahead for Foster and the Sun Devils, a matchup with the Stanford Cardinal to win the Pac-12 and earn a spot in the Rose Bowl. Last time the two teams met this season, it was not pretty for ASU especially in the first half. But Foster believes this is a much different team than it was back then and understands what they need to do to be successful.

“I think we just got to do what we do best which is tempo,” explained Foster. “Our offense plays fast so we just have to come out fast and do that and we’ve got to own the ball. We had some huge turnovers in that first half so we have to help our defense out and own the ball and not turn it over.”

“It’s a huge opportunity for this school,” Foster said. “We have been improving each and every week since we played them so, we kind of got a new mind set, a new focus. We know that we just have to play our game. We are undefeated at home and we’ve got to keep it that way. It’s a huge game.”

ASU and Stanford kicks-off from Sun Devil Stadium on Saturday at 5:45pm. 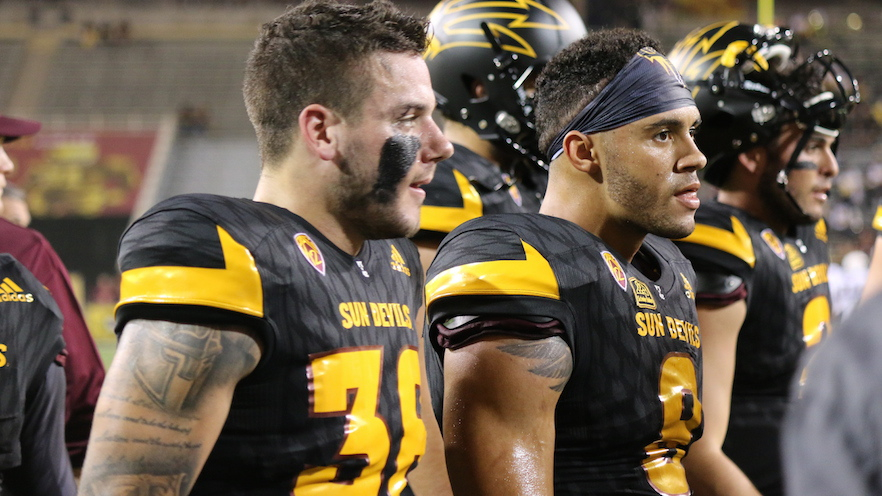