Something happened as the Coyotes showed up to Jobing.com Arena Wednesday that has not happened in about five years.

The team had a meeting in the morning and present to address the players and coaching staff was the new ownership.

New owners George Gosby and Anthony LeBlanc took time speak with the players speaking to them about the exciting present and the future plus the expectations that come along with it.

“This was the first time in five years that we didn’t have to spend ten minutes convincing everyone that we are going to be here and staying here,” said Coyotes general manager Don Maloney. “They addressed the team obviously representing the ownership group and said all the right things, that we are just here to win.”

“I’ll talk about the ownership now as much as you want now because it’s a positive,” joked Coyotes captain Shane Doan. “Just having those two in there and talk was normal. Normalcy is something that I think is important for athletes.”

With the structure of the team over the last few seasons under Maloney and head coach Dave Tippett, many believed it was amazing what the franchise was able to accomplish without an owner in place. Now that the lack of their being an owner is no longer an excuse, Tippett mentioned that this team now has more to prove than ever.

“We always thought we could be a good team if we had stable ownership,” he mentioned. “Now that we have it we have to prove that we are a very good team with stable ownership. It’s a different set of circumstances that way but the goal out there is still the same, to be a top team.”

“It’s kind of a fresh start for everyone here,” added goalie Mike Smith who signed a new six-year deal with the team in the off-season. “Hopefully we can get into the playoffs and make a good run at the cup this year.”

The Coyotes begin their official training camp on Thursday morning and have everyone present for it except for one person. Stud defenseman Oliver Ekman-Larsson has not reported to the team just yet and is stuck in his native country of Sweden because he had an issue on renewing his visa.

“I am not happy about it,” said Maloney. “It is something the players are required to take care of. I think somewhere along the line communication fell and he was lax in taking care of it…He’s always in great shape, he is a very important guy but when 57 guys are here and ready to play and one guy is not, that doesn’t sit very well with me.”

Coyotes will not have a lot of time to practice as a unit before suiting up against another team for the first time, their first preseason game is this Saturday against the LA Kings.

Tippett on Shane Doan: “I think he’ll be back” 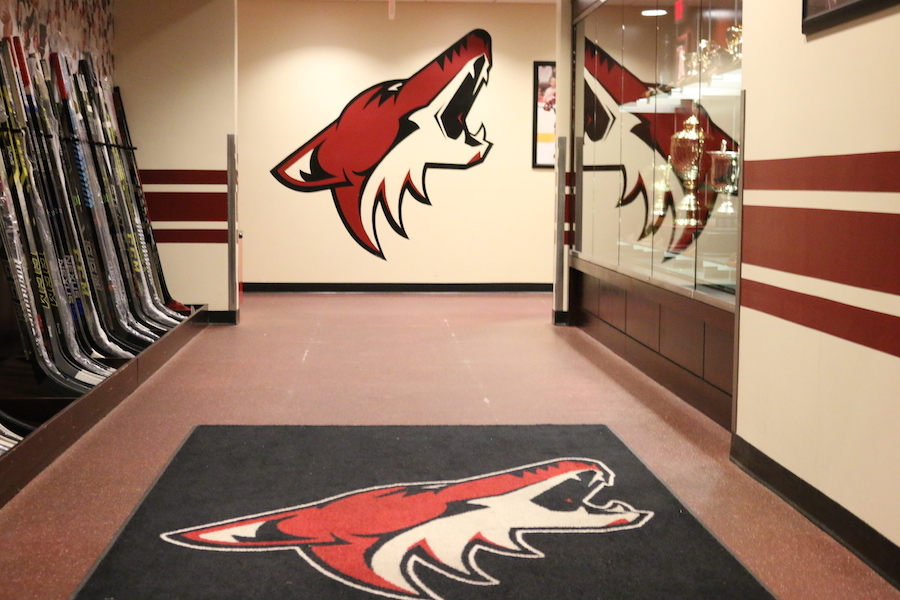