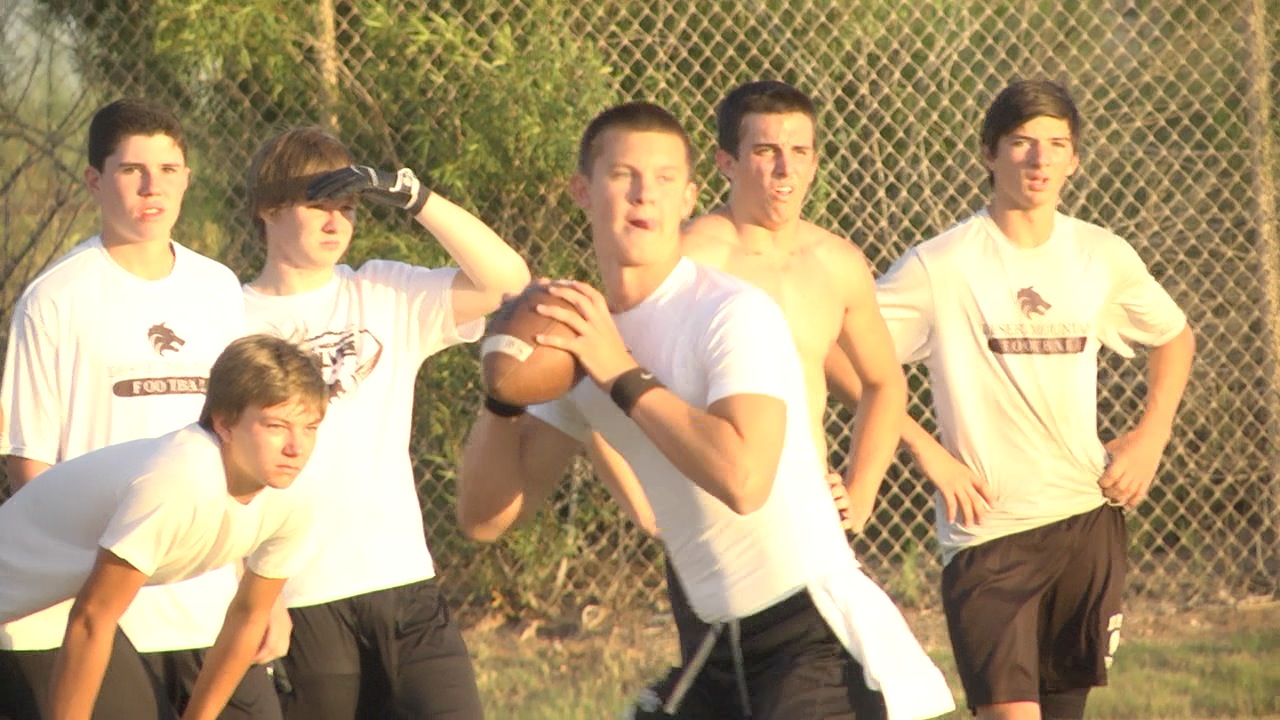 As the population in Arizona continues to grow so to does the quality of high school football in the state. So much so many believe the upcoming 2014 class will go down as the best in state history.

Scottsdale Desert Mountain’s Kyle Allen, widely regarded as the top quarterback prospect in the nation committed to Texas A&M. A number of other decorated players like Allen’s teammate at DMHS Mark Andrews, Mountain Pointe’s Jalen Brown and Chandler Hamilton’s Casey Tucker and Qualen Cunningham are all big-time players who have yet to select their college of choice.

The state is developing a national reputation as of the most fertile recruiting areas in the country.

“I spent a year around the Ole Miss football staff and Ed Orgeron, who was a USC guy who was coaching at Ole Miss,” CBS college football insider Bruce Feldman told Brad Cesmat in a recent interview on ‘Big Guy on Sports.’ “He made a comment to me that Arizona was ‘the new Orange County [California].’ It was untapped and there were a lot more players there than people realized.”

Both USC and UCLA have made a routine of swooping up some of the best players Arizona has to offer. The Trojans landed Everson Griffen (Agua Fria), Devon Kennard (Desert Vista) and Cyrus Hobbi (Scottsdale Saguaro) in recent years while the Bruins added quarterback Brent Hundley (Chandler), Priest Willis (Marcos De Niza) and Jalen Ortiz (Centennial), among others.

Feldman believes there’s a reason Arizona has produced some high-profile quarterbacks like Allen, Hundley and Saguaro’s Luke Rubenzer who recently committed to Cal.

“You have some really good young private quarterback coaches those guys work with,” Feldman explained to Cesmat. “There is really good coaching there and you have a booming population base to challenge.”

The common theme about all the names listed above is none go them stayed in-state. It’s a challenge Arizona and Arizona State have battled for years. Most big-time players aren’t staying home for college.

“Look, there was a 4-star quarterback piling up numbers, [Brophy’s] Tyler Bruggman,” Feldman said. “He went to a school [Washington State] who won nine games in the last four years.”

Since arriving at UofA and ASU respectively, Rich Rodriguez and Todd Graham have both publicly commented on recruiting better within Arizona. The challenge is easier said than done with so many big-time programs flocking to the desert.