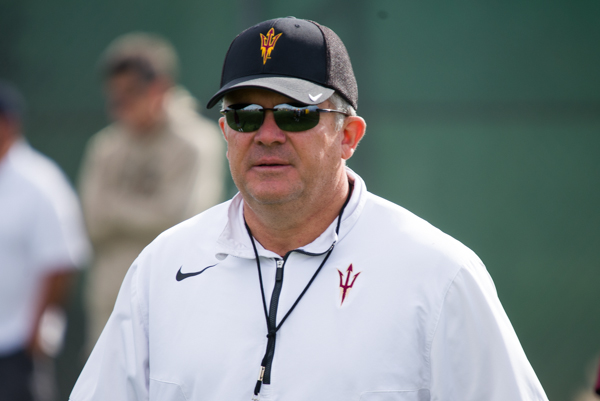 Look, I know ASU doesn’t have cache of either school, but the way that the Sun Devils were unceremoniously dropped by the Irish just doesn’t sit well with me.

The fact that we haven’t heard a peep out of either side on this issue surprises me. The last time I heard from Athletic Director Steve Patterson, he said “we will see them on the steps of the courthouse”.

Tuesdays Salt Lake Tribune reported that Weber State has been added to the 2014 schedule for Arizona State . So I guess we know how this Notre Dame scheduling controversy will end. No resolution for the ASU, while NOtre Dame just walks away.

I thought Hokes “chicken” comment was funny. In order to be the best, you have to beat the best. Michigan and ASU want to play their games with Notre Dame, it’s the Irish who want to make sure they don’t lose out on that toughie against Purdue, Temple, or Rice. What a joke…