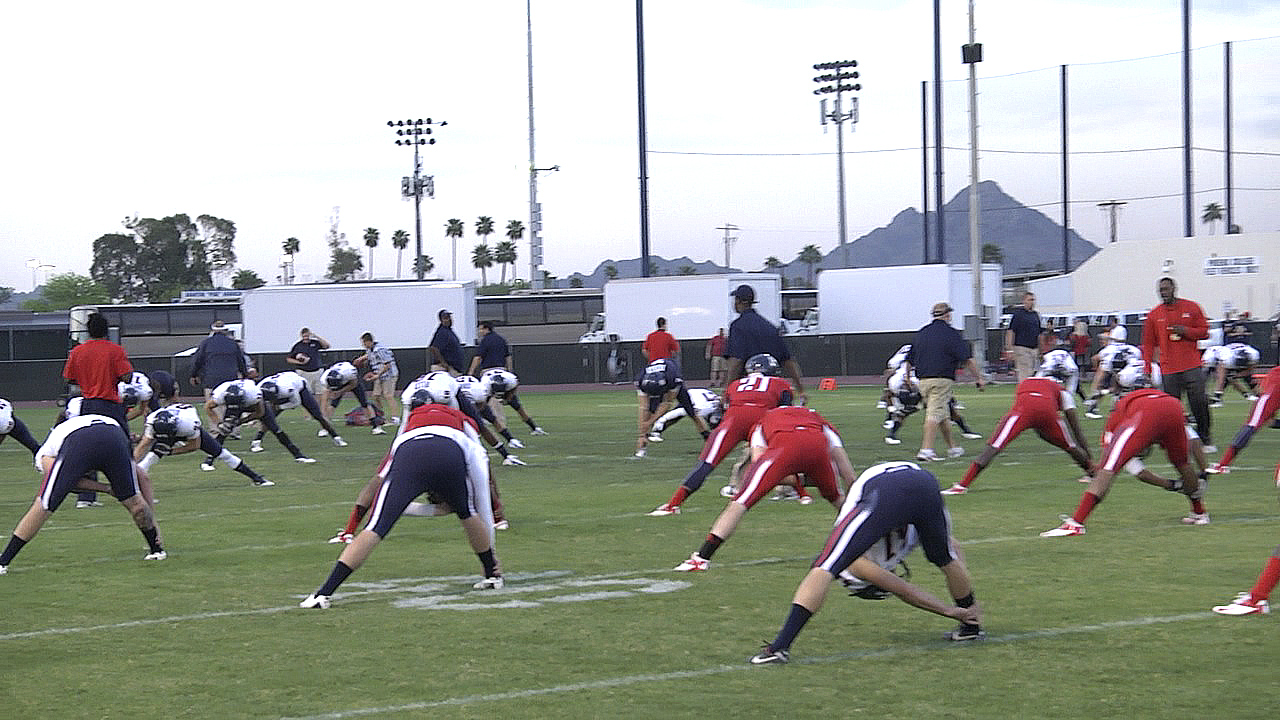 For the second consecutive season under Rich Rodriguez, the Arizona Wildcats football team drove up north to Phoenix to participate in a scrimmage in front a Phoenix contingent of fans and high school coaches under the lights of Phoenix College on Friday.

On display for those in attendance was the new quarterback battle headlined by last season’s back-up B.J. Denker and JUCO transfer Jesse Scroggins, All-American running back K’Deem Carey, and an Arizona defense that is making strides toward improvement after last season.

It is an event that members of the Wildcats are really coming to enjoy.

“The weather was great beautiful,” said head coach Rich Rodriguez. “We had a nice crowd…We’d love to keep coming back if they’ll have us.”

“This is awesome,” added senior quarterback B.J. Denker. “The crowd was huge especially for it being in the Phoenix area.”

Rodriguez and some of the players compared the scrimmage to being under the lights on a friday night just like when they were in high school.

“I haven’t played under the lights in a while,” mentioned Denker. “This was really fun, just coming out here and being enthusiastic.”

“It was just like in Texas, it was great,” added senior corner back Richard Morrison who is transitioning on the defensive side of the ball after playing offense his first three years. “We had a good scrimmage.”

The team’s practice in total was 90 minutes long including a 60 minute scrimmage. Some of the notable numbers from the scrimmage in which the defense beat the offense:

The Wildcats continue spring practice in Tucson for the next couple weeks leading up to their annual spring game which will be played and Sancet Field on the U of A campus on Saturday April 13.