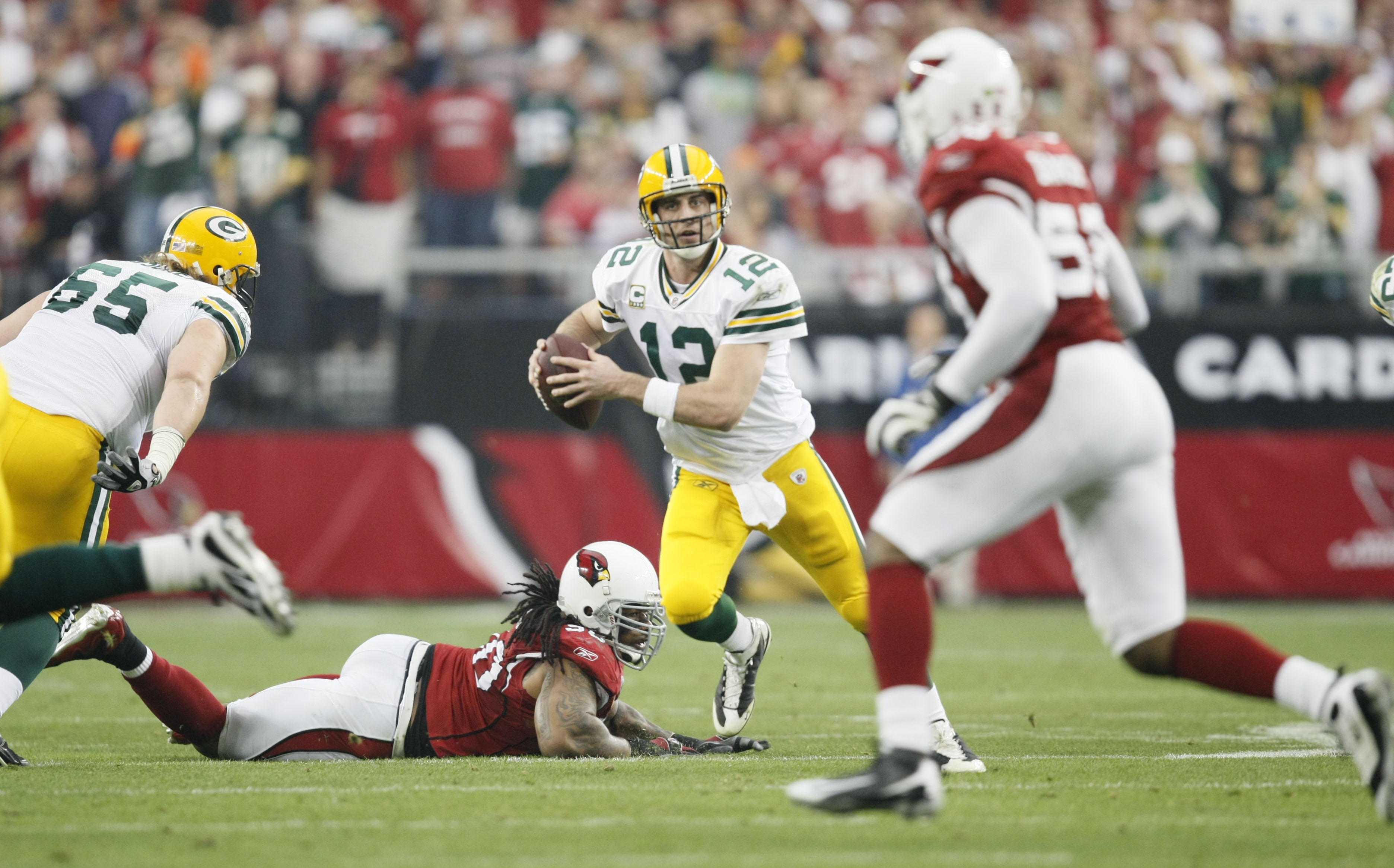 Packers quarterback Aaron Rodgers looks for room to pass after getting away from the Cardinals? Darnell Dockett during their wild-card game in 2010. Rodgers says he got over the 51-45 overtime loss in a ?couple days.? Michael Chow/ azcentral sports 01/11/2010 - 162646 - Arizona Cardinals vs Green Bay Packers NFL - After getting away from Darnell Dockett of the Cardinals, Packers quarterback Aaron Rodgers looks to pass during NFC wild card playoff football game Sunday, Jan. 10, 2010, at the University of Phoenix Stadium in Glendale, Az...(Michael Chow / The Arizona Republic )

They are playing great team ball. That is the takeaway I have from the Cardinals blowing up a good Green Bay team on Sunday afternoon. They cut down on most…