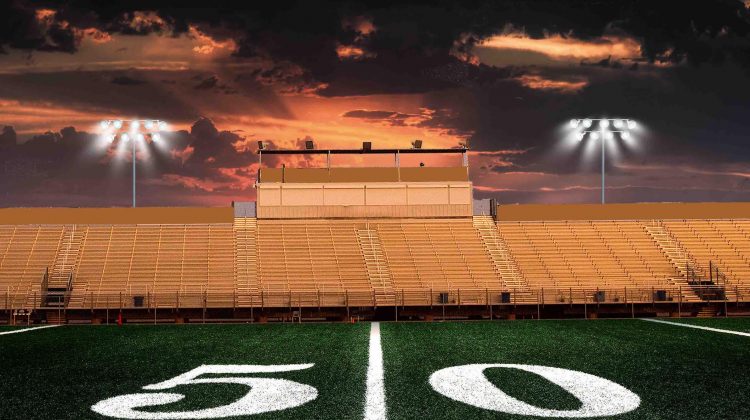 It has been a slow stretch since the early-signing window when most schools solidified the bulk of their 2022-23 recruiting classes. And the holidays added to the lack of news.

The main exception was Colorado, which continued to pick up transfers under new coach Deion Sanders.

The latest to join his program is cornerback Tayvion Beasley, a former three-star prospect out of Southern California who played for Sanders at Jackson State and is headed to Boulder like several of his teammates.

But the high school recruiting cycle gets busy this week with the Under Armour All-America Game on Tuesday and the All-American Bowl next weekend.

Pac-12 recruits will factor heavily into both events.

The two highest-profile uncommitted players on the West Coast will participate in the Under Armour game in Orlando (ESPN at 8 a.m.):

One is cornerback Rodrick Pleasant, a four-star prospect from JSerra High School, the L.A. powerhouse. His finalists are Oregon, USC and UCLA, with a decision date set for early February.

The other is tight end Duce Robinson, a five-star recruit from Arizona and the No. 1 player at his position in the country. He’s projected to sign with Georgia, which could be a problem for USC, which had been banking on signing Robinson. He will wait until February to announce, and it’s basically between Georgia, USC and Texas.

As many Oregon fans are undoubtedly aware, Austin flipped from LSU to Oregon last week. He told 247 Sports analyst Greg Biggins that he had planned to wait until February to sign. But Ducks coach Dan Lanning convinced him to do it during the early window, and he’s now working to graduate as soon as possible and get to Eugene for the spring practice.

The other Pac-12 player in the game is offensive lineman Landen Hatchett, who’s headed to Washington.

The All-American Bowl is on Saturday in San Antonio (NBC at 9 a.m.).

The top uncommitted West Coast player scheduled to participate is Walker Lyons, a four-star tight end from outside Sacramento.

He was a longtime Stanford commit who opened up his recruitment the day after David Shaw’s resignation. Unofficially, his top-five features Stanford, which is still involved, plus Brigham Young, Utah, USC and Georgia.

The Bulldogs are in good position with him, too. He’s in the high school class of 2023 but plans to take a Church Mission and won’t enroll until 2024. So Georgia could potentially get Robinson, the five-star from Arizona, in the ’23 class and Lyons for the ’24 class.

USC is trying to get both players to come in consecutive classes. Lyons won’t make a decision until February.

In terms of the Pac-12 signees set to play in the All-American Bowl, Utah has a pair of commitments in the game. Both are four-star prospects, and both are offensive linemen: Spencer Fano and Caleb Lomu, who form probably the best one-two punch of linemen any Pac-12 team signed in the 2023 class.

UCLA also has two players in the game with linebacker Tre Edward and quarterback Dante Moore, the five-star prospect who flipped to the Bruins from Oregon.

Washington cornerback Caleb Presley is expected to play. He’s the four-star prospect from Seattle who flipped from Oregon to Washington on signing day.

And Oregon has two signees scheduled to attend but not play (because of injuries): cornerback Cole Martin and receiver Jurrion Dickey.

We might get more clarity on the three uncommitted prospects (Robinson, Pleasant and Lyons), but things should be quiet for the next week or two, at least for high school players.

The transfer portal will be revving up again.

From Jan. 4-8, college teams can host official visits during what is traditionally the dead period — as long as the visitors are junior college or four-year transfers.

Essentially, it’s the second wave, with players who didn’t enter the portal in the first half of December now considering their options following the bowl games.

Huffman – Pac-12 recruiting update: Fallout at ASU, big wins by Washington and Oregon, and a huge opportunity this week for Oregon State 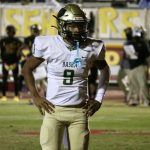