We are seven months from the most anticipated Pac-12 football season in ages, with a lineup of quarterbacks, coaches, top-25 teams, playoff contenders and Heisman Trophy candidates — not to mention two departing schools — that will generate unlimited storylines on the field and off.

With the recruiting largely complete, the NFL Draft deadline having come and gone and the transfer portal finally closed (until May), rosters are taking shape.

The Hotline presents our initial projections for the conference race, which will be updated following spring practice.

1. Washington: The hottest team in the conference at the end of the 2022 season is our pick to win the title in 2023, largely because of what has transpired over the past month. The return of quarterback Michael Penix and a slew of playmakers on both sides of scrimmage elevates the Huskies to frontrunner status. But with the returnees come expectations that haven’t existed on Montlake since the height of the Chris Petersen era. The same cast of characters can produce entirely different chemistry. Second-year coach Kalen DeBoer’s management of internal dynamics will be critical.

2. Utah: A morsel of clarity came earlier this week when coach Kyle Whittingham told The Athletic that quarterback Cam Rising should be ready for the season opener following the serious leg injury suffered in the Rose Bowl. Like Washington, the Utes possess a slew of top talents who passed on the NFL Draft. But will Utah play with the combination of urgency, execution and fortune that’s required to collect a third consecutive conference championship? There’s a reason no team has pulled off the three-peat in the Pac-12’s expansion era.

3. Oregon: After three consecutive appearances in the Pac-12 title game, the Ducks failed to qualify in ’22 because of late-season collapses against Washington and Oregon State. We see no evidence of significant regression, however — Oregon’s lineup remains as talented as any in the conference and quarterback Bo Nix could figure in the Heisman discussion. But will the defense, especially, play to its potential? The Ducks had more blue-chip prospects than their performance (No. 88 nationally in yards allowed per play) would suggest.

4. USC: Year Two under Lincoln Riley looks mighty familiar. The Trojans should field a first-class offense with quarterback Caleb Williams at the controls, but will the defense improve enough to support a conference title and playoff berth? We’re skeptical. This much is clear: The otherworldly turnover margin that saved USC repeatedly (28 takeaways, seven giveaways) won’t be repeated. Any reversion to the mean, without a commensurate uptick in defense, will lead to more losses and a disappointing final season in the Pac-12.

5. Oregon State: We considered … strongly considered … slotting Oregon State somewhere in the top four but ultimately could not pick a team with quarterback issues over four competitors with first-class returnees. It’s not simply a matter of Clemson transfer DJ Uiagalelei winning the job in Corvallis; he must play at a high level on a weekly basis. Also, the Beavers won’t catch anyone by surprise. Can a program that just produced its best season in 16 years make the encore even better?

6. UCLA: This slot represents the start of a transition from the Pac-12’s top-end teams to the second tier, based on 2022 performance and 2023 personnel. The Bruins lose the key pieces to their high-powered offense (quarterback Dorian Thompson-Robinson and tailback Zach Charbonnet) and will become one of the have-nots unless they offset the attrition with more competence on the other side of scrimmage. Will Chip Kelly finally produce a worthy defense? At this point, there’s no choice but to wait until we see it to believe it.

7. Washington State: The Cougars were a tick above .500 overall (7-6) and a tick below in league play (4-5) after a season of stout defense and spotty offense. The extent to which the former holds and the latter improves will set the course for ’23. We see two new coordinators, holes on the offensive line and more of the same on the scoreboard. Of course, that wouldn’t be so bad: WSU has made seven consecutive bowl appearances (2020 excluded), the longest streak in the conference for a team not named Utah.

8. Arizona: Coach Jeff Fisch used the transfer portal to craft an impressive turnaround in Tucson: The Wildcats went 1-11 in his first year and won five games in ’22 (and were competitive in most of the seven losses). But the next step, into the postseason, is more difficult than a single victory would suggest. The defense was a turnstile, several top playmakers departed (via the transfer portal), and quarterback Jayden de Laura’s progress seemed to stagnate. If his efficiency doesn’t improve, Arizona’s trajectory could flatline.

9. Colorado: Peer through the massive hype accompanying Deion Sanders’ arrival — granted, that’s not an easy task — and it’s clear the Buffaloes will be exponentially better than they were in 2022. But better doesn’t equal good, not when CU was the worst Power Five team in the land last season and not when the schedule features five teams that won 10 or more games (including TCU). If the Buffaloes finish 4-8 and are competitive in the majority of the losses, count the season as a success.

10. Cal: The Bears peaked in 2019, lost all momentum when the pandemic struck and have plunged into a rut: solid on defense, wayward on offense and seemingly destined to win or lose by a score of 24-17. Next season will bring a system change under new playcaller Jake Spavital, an Air Raid practitioner. But the talent is lacking up front, and the loss of receiver J.Michael Sturdivant (to UCLA) cuts deep. We expect more of the same, with Cal losing ground relative to its competition.

11. Arizona State: It’s difficult to take issue with the moves made by rookie coach Kenny Dillingham. It’s equally difficult to find a compelling reason to think the changes will propel ASU onto the middle tier of the conference, especially with a schedule that includes Oregon, Washington, Utah, USC and Oklahoma State. We aren’t sold on Notre Dame transfer Drew Pyne as a high-level quarterback; attrition on the lines of scrimmage has been significant, and a transfer class that numbers in the 20s will need time to merge.

12. Stanford: The worst team in the conference last season that wasn’t Colorado also experienced a coaching change. Troy Taylor might prove a better hire than Deion Sanders — you never know — but Stanford doesn’t have the ability to overhaul its roster as quickly as CU. And make no mistake: The roster desperately needs an overhaul. It took Jim Harbaugh three years to lift the Cardinal out of the gutter in the mid-2000s. If Taylor accomplished the feat in four, we’ll be impressed. 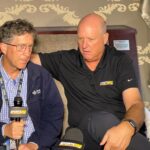 Pac-12 picks: Utah, USC cover on the road while Arizona meets the moment and OSU rolls on 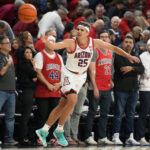