Stanford needed 14 days to turn back the clock 16 years.

Implementation of those changes?

The two-week search to identify David Shaw’s successor is over. Stanford has bet its future on former Cal quarterback Troy Taylor, who just finished his third (wildly) successful season at Sacramento State.

But the similarities to the late fall of 2006, when the Cardinal plucked Jim Harbaugh from the University of San Diego and unleashed him upon major college football, are impossible to ignore.

Then, as now, Stanford was among the most moribund programs in the country — under-resourced, overwhelmed and totally irrelevant.

Harbaugh took charge of a 1-11 disaster and built a steamroller that Shaw lifted to unprecedented heights, winning three conference titles in a five-year span. But the regression in recent years has been swift and ruthless, with endless injuries, limited talent and two dreadful seasons.

The program that once owned the line of scrimmage doesn’t even have squatters rights up front.

The program that once dominated Cal has lost three of the past four to its ancient rival.

The program that once got better as the season unfolded hasn’t won a November game in two years.

The program that turned out four Heisman Trophy finalists in less than a decade (Toby Gerhart, Andrew Luck, Christian McCaffrey and Bryce Love) had exactly one first-team all-Pac-12 performer this season — the kicker.

The circle has come full, folks.

In so many ways, Stanford is back where it began 16 years ago.

Can Taylor lift the program out of the gutter?

His coaching chops have been on display for three years at Sacramento State, where the Hornets compiled a 30-8 record.

But coaching chops won’t matter without help from above.

Without their full support — without their willingness to add resources, to increase the budget and to update the admissions policy so it works in the transfer portal era — Taylor’s task will be daunting, if not unmanageable.

Stanford fans should be concerned, deeply concerned, because Tessier-Lavigne and Drell don’t know if footballs are inflated or stuffed; nor do they care.

Does Muir have the clout to convince the administration to make the investments necessary to give Taylor a reasonable chance to compete against the likes of Oregon and Washington?

Yes, Harbaugh was a force of nature on the front lines, relentlessly pushing the administration to go where it had never gone before.

But his athletic director, Bob Bowlsby, was willing to fight for football.

Bowlsby increased the size of the football staff and created more positions devoted to recruiting so the coaches could focus on, you know, coaching.

He raised the recruiting budget to Pac-12 standards.

He persuaded the university to provide housing relief for the assistant coaches in the form of rent allowances and on-campus condominium units.

And he doubled the salary pool for assistant coaches, allowing Harbaugh to hire the coordinators, Greg Roman and Vic Fangio, who would follow him to the 49ers.

Back then, the challenges were largely internal, within Stanford’s control.

There was no transfer portal.

There was no name, image and likeness policy across the NCAA.

Classifying athletes as employees wasn’t the inevitability it has seemingly become.

But the foundational issue remains the same as it was in the last fall of 2006: Is the university willing to support football in a manner that will open a path to success?

That won’t be enough, not nearly enough. The pace of change across the sport is rapid and accelerating.

If the university doesn’t give Taylor the resources necessary to build a quality staff and compile a quality roster — if it doesn’t commit to systemic adjustments — there will be no Harbaugh 2.0.

And Stanford’s circle, having come full, will become a flat line to nowhere.

Brock Huard Weighs In On Monster Saturday For Pac-12 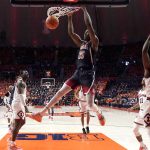 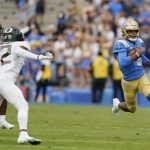