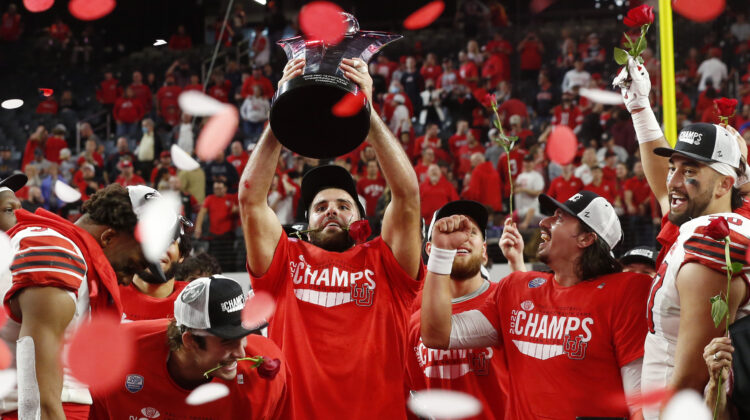 There were a bevy of winners on the most important day of the college football season and one clear loser: The system itself.

All the flaws in the College Football Playoff selection process were on display as a team not deemed worthy of inclusion when the week began was extended an invitation for doing absolutely nothing.

Ohio State didn’t win its division in the Big Ten and lost at home by three touchdowns in the most important game of its season.

But precisely because of that late-November loss to Michigan, the Buckeyes risked nothing on championship weekend.

They sat back, watched USC lose in the Pac-12 championship, then celebrated their berth in the semifinals.

Thankfully, we must endure only one more season of this nonsense.

To be clear: It’s not Ohio State’s fault.

The Buckeyes were simply the beneficiary — and not for the first time, we should add — of a selection process that orbits the wrong star.

For nine years, the committee has refused to invite two-loss teams, as if the difference between the “1” and “2” on the right side of the ledger provides the definitive definition of what it means to be elite.

Did USC deserve an invitation? Not necessarily. The Trojans haven’t fielded a playoff-caliber defense all season and were swept by an opponent (Utah) that lost three games.

But once earlier versions of the committee gave primacy to the loss total, and not conference championships, the process began to veer off course.

To the winners and losers …

Winner: Big Ten. Not a bad five months for the conference, which added USC and UCLA on June 30 and placed two teams in the playoff on Dec. 4. At least the committee didn’t stick us with a Michigan-Ohio State rematch in the semifinals.

Loser: Pac-12. The playoff drought is six seasons and counting after USC’s loss in the title game. But the Trojans aren’t entirely to blame. The top of the league was stout enough to undermine the chances of a one-loss champion emerging. Instead, the issue is all those top teams of past years that couldn’t navigate weaker versions of the conference.

Winner: Big 12. For the first time, the conference produced a playoff team not named Oklahoma. The Horned Frogs built a cushion with their 12-0 record and survived the stumble against three-loss Kansas State in the title game. Not bad for a conference that placed just three teams in the committee’s final rankings.

Loser: ACC. Clemson’s regression left the conference with no hope of reaching the CFP entering championship weekend. Reminds us of the Pac-12’s plight for all those years.

Loser: Citrus Bowl. No marquee bowl has a worse matchup than the Citrus with LSU (9-4) against Purdue (8-5). Then again, any game with any team from the Big Ten West is a difficult watch.

Winner: Jim Harbaugh. The first 13-win season in Michigan history produces the No. 2 seed and a winnable semifinal matchup against TCU — as opposed to last year’s role as red meat for Georgia.

Loser: Texas A&M. Ranked sixth to start the season and boasting an insane recruiting class, the Aggies failed to qualify for the postseason. What. A. Bust.

Winner: Kyle Whittingham. Once again, the master of all he surveys.

Loser: Oregon. The Holiday Bowl is a fine destination, except when the Rose Bowl is within reach three quarters into your Week 13 game.

Winner: Tulane. Talk about turnarounds for the ages: The Green Wave was 2-10 last year and finished 11-2 this season under veteran coach Willie Fritz, qualifying for a major bowl (the Cotton) for the first time since the 1930s.

Loser: Oklahoma. Ranked ninth to start the season under first-year coach Brent Venables, the Sooners finished 6-6 and will face Florida State in the Cheez-It Bowl.

Loser: UCLA. We knew one of the Pac-12’s nine-win teams would slide to El Paso. A suboptimal end to the Bruins’ best season in years.

Winner: Oregon State. Nine wins and a date in Las Vegas against an SEC opponent. Say hello to the program that maximizes its resources as well as any in the country.

Winner: Washington. A mere 53 weeks ago, the Huskies were blown out at home by Washington State to complete a 4-8 season. Here they are, with 10 wins and heading to the Alamo Bowl for a Texas two-step with an old friend.

Loser: Alabama. Any year without a playoff berth — and there haven’t been many — is a bad year in Tuscaloosa.

Winner: USC. If fans had been told on Sept. 1 that the Trojans would win 11 games, lose to one team and make the New Year’s Six, they would have asked where to sign.

Winner: Colorado. The Buffaloes were eliminated from bowl contention in October. But on the same day the sport celebrated its postseason, CU rejoiced in the start of a new era. Hello, “Coach Prime.” 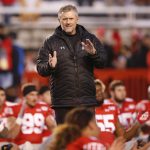 Wilner Hotline – Pac-12 football salaries: Whittingham’s new deal and our look at the most overpaid (and underpaid) coaches 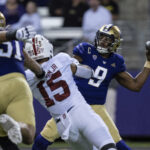