Hear from the players and HC Chris McDonald in the clip above.

People are going to talk about Basha versus Saguaro long after 2022 wraps up.

You couldn’t ask for much more out of this Open Division Championship matchup.

In a game that wasn’t decided until the final play, both teams showed what Arizona High School Football is all about.

It started off with a bang, thanks to Basha senior Deschaun “Day Day” Buchanan’s rushing touchdown, followed by an electrifying kick off return to the house by Saguaro  junior Jaedon Matthews.

The Bears’ balanced offense continued with a 45-yard connection between junior QB Demond Williams and junior Bryson Dedmon which set up Day Day’s second touchdown of the night.

Even though Williams will be back next year, he knew this one was for his seniors.

“They left a big legacy,” Williams said. “I’m just glad that we were able to do it this year with the guys we had. I’ma miss all my seniors.”

Day Day’s third touchdown didn’t come without some extra fun, as he set that one up with an 83-yard rush.

“It feels surreal,” Day Day said. “We told ourselves all week – we weren’t going to let them be the first team to go back-to-back in the Open so we couldn’t let that happen. It feels good to finally get one.”

While the offense was keeping the ship steady, the defense kept the Sabercats at bay.

Saguaro’s 21 points is one of their lowest outputs of the season.

The Bears made life tough on one of the best quarterbacks in the state in Devon Dampier – in the trenches and in the air.

And even though Basha had a ton of momentum riding in the fourth quarter, there was still an eerie feeling that anything could flip at a moment’s notice.

That special vibe that only instant-classics have – and that’s what we saw at Sun Devil Stadium on Saturday.

Head Coach Chris McDonald and the Basha Bears remembered just last year, when they let the rings slip away – and this time, they sealed the deal, knocking off the defending champs, 28-21.

“You do learn most from your failures,” McDonald said. “Leading up to this year, the losses that we had were always at the end of the season…obviously, middle of the season, Liberty takes it to us…it allowed us to reflect…we talked about closing the gap between us and these upper echelon teams…They’re champions. This is something they’ll remember for the rest of their lives. I’m just thankful and blessed to be able to coach them.” 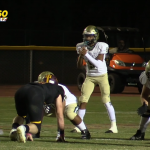 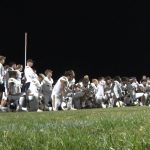 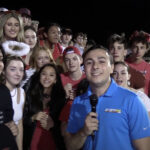 Fans in the Stands: ALA Queen Creek vs ALA Gilbert North 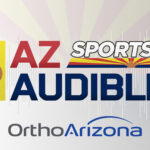