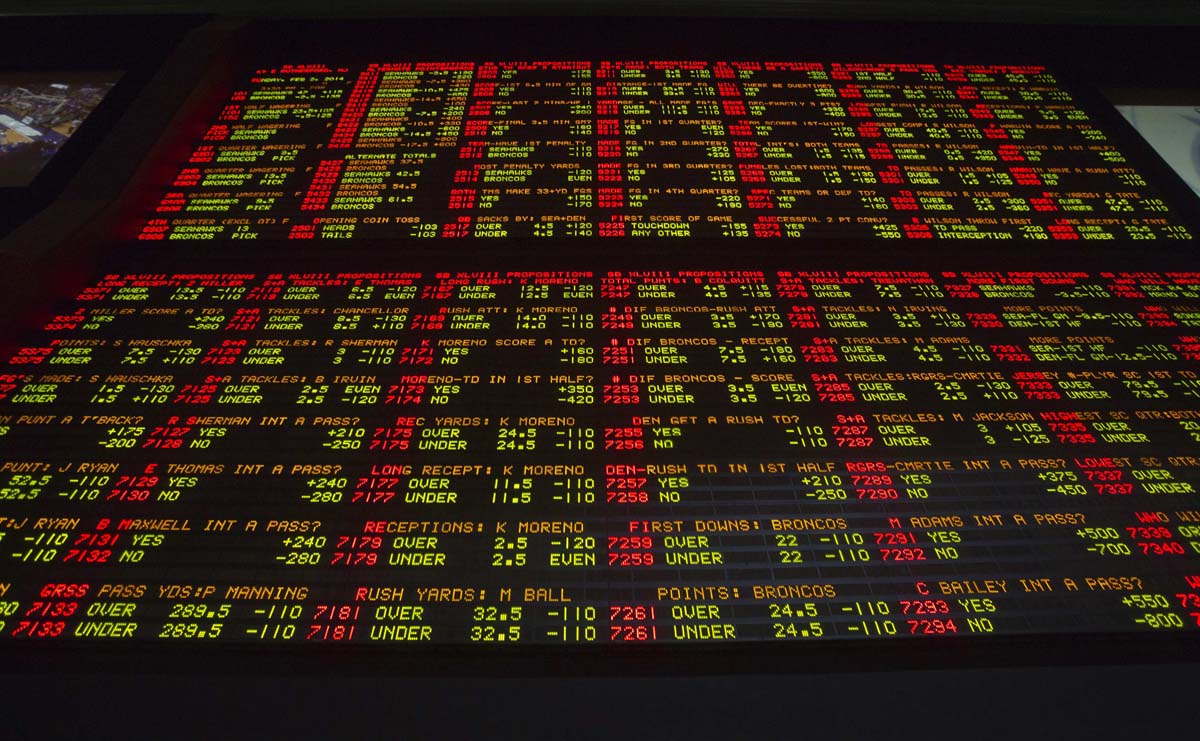 The most significant Pac-12 game of Week 12 also could be the longest. Touchdowns mean clock stoppages and commercial breaks, and there will be a lot of touchdowns in the Rose Bowl on Saturday evening.

When USC and UCLA collided last season, they combined for 95 points.

The year before that, 81 points.

Oddsmakers accounted for the high-scoring trend with an impressive point total for this week — 74.5 points — and yet that doesn’t feel quite high enough.

The Bruins and Trojans have gone Over their totals all season — 70 percent of the time, in fact.

There is no reason to expect anything different Saturday at 5 p.m.

When planning your evening, be mindful: The 92nd meeting could stretch beyond four hours.

Here are records against the spread for each Pac-12 team, according to teamrankings.com:

Lines from BetMGM and Caesars
Trends from oddsshark.com and Phil Steele’s College Football 2022

Oregon State at Arizona State
Line: Oregon State -7.5 (total: 55.5)
Comment: The final home game for the Sun Devils, who were eliminated from bowl contention on Saturday and could have one eye on the Territorial Cup next week. OSU’s three losses in conference play are to USC, Washington and Utah. The Beavers have covered in eight of the last 11 matchups with ASU, while four of the past five meetings have gone Over the total. OSU has one victory in Tempe since the 1960s, and that came in 2009.

Washington State at Arizona
Line: Washington State -4.5 (total: 63)
Comment: Motivation leans slightly in Arizona’s direction: The Wildcats must win out to clinch a bowl berth while the Cougars cleared the threshold on Saturday. WSU has covered four of the past five meetings, including a blowout win last year in Pullman. Additionally, the Over has been the right play in the past six matchups. This is the Cougars’ first trip to Tucson since they scored 69 points in 2018. Subplot: Wildcats quarterback Jayden de Laura faces his former team.

Stanford at Cal
Line: Cal -5.5 (total: 45.5)
Comment: Cal fired offensive coordinator Bill Musgrave on Sunday but did not specify who will call the plays this week. Stanford has covered the spread in just two of its past 17 games overall and has lost its past six November games by an average of 33.3 points. Cal won in ’19 and ’21 but hasn’t defended its home turf successfully since the 2008 Big Game. This is the 40th anniversary of The Play (Nov. 20, 1982).

USC at UCLA
Line: USC -2.5 (total: 74.5)
Comment: USC clinches a berth in the Pac-12 championship game with a victory. Despite the loss to Arizona, the Bruins can qualify, as well, but they are in must-win mode. The road team has covered five of the past nine series meetings. USC is averaging 42.4 points per game, UCLA is not far behind (39.5), and both defenses have been wobbly throughout the season. Last year, the Bruins scored 62 points in the Coliseum.

Colorado at Washington
Line: Washington -30 (total: 62.5)
Comment: Massive trap game for the Huskies following their breakthrough win at Oregon — and with the Apple Cup next week. But does that matter? Colorado has been blown out of all five road games this season and seemingly stands little chance of slowing UW’s high-powered aerial game. (CU has the worst pass-efficiency defense in the Power Five.) Of note: The past five meetings have gone Under the total. Early forecast: 40s and dry.

Utah at Oregon
Line: Oregon -3 (62.5)
Comment: Both teams are in the hunt for a berth in the Pac-12 championship but have been eliminated from playoff contention. The Utes have covered the spread in just one of their past five road games. Oregon’s 23-game home winning streak was snapped Saturday by Washington. Utah won last year’s two late-season duels (in Salt Lake City and Las Vegas) by a combined 59 points. This is the first meeting in Eugene since 2017. Early forecast: chilly and dry.

Wilner Hotline – Pac-12 survival guide: The strategic merits of an alliance (or merger) with the Big 12

Wilner Hotline – Presidential Power Index: Which Pac-12 presidents have the greatest influence over the conference’s future