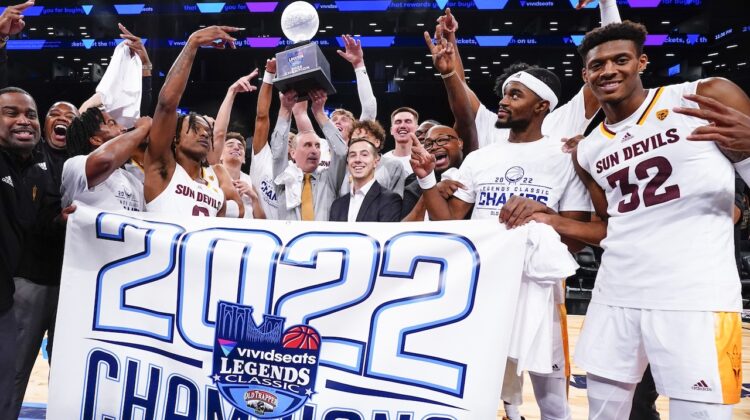 The talent and depth of this year’s ASU men’s hoops teams has been discussed frequently heading into the season.

This is potentially Bobby Hurley’s deepest team, but a few games in, things had not quite come together. A grind-it-out win against Tarleton, a win where NAU came storming back at the end of regulation and an overtime loss to Texas State meant the Devils were heading to Brooklyn for the Legends Classic with plenty to decipher.

They walked away with wins over VCU and No. 20 Michigan with an evolving offense and new contributors stepping into productive roles.

Desmond Cambridge Jr. was one of the most highly-touted transfers in the portal this year, averaging at least 15.7 points per game over the last three years. We knew he would be a major contributor to Bobby Hurley’s squad this year, but his new role with the team caused him to have a bit of a slow start.

In his two games in Brooklyn, DCJ scored 10 and 20 points respectively and helped weather any potential comeback Michigan attempted to keep the Sun Devils in the driver’s seat.

If this is just the start for Cambridge, the Sun Devils will not be short on go-to options as it continues on to conference play.

There had been plenty of discussion of the roster’s additions via the transfer portal, but two freshman have proved to be instant-impact contributors in Austin Nunez and Duke Brennan. Nunez totaled 25 points and was 5/7 from beyond the arc over these two games.

Duke Brennan has provided a presence inside on both sides of the ball and has proven to be a fan-favorite for his hustle plays.

Arizona State's freshmen came up huge in their win Wednesday night against VCU.

The experience may not be there, but that doesn’t mean the production hasn’t.

Last year’s team identity was defense, defense and defense. The Sun Devils have kept that up as of late, holding Michigan to 62 points. Prior to Thursday’s matchup, the Wolverines had averaged 83 points per contest. VCU totaled 59 points against the Sun Devils on Wednesday and had average 71 points per game in their first three games.

If ASU can continue its progression on the offensive end paired with its tough defensive approach, the Devils could make some noise in Pac-12 play. 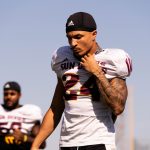 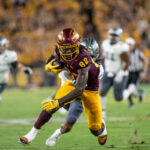