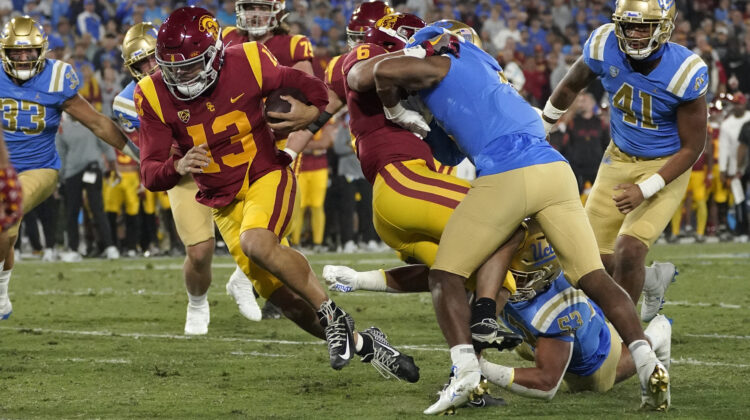 Theme of the week I: Double the drama

The penultimate Saturday of the regular season delivered high-level thrills in starkly different fashion: First, the Los Angeles schools combined for 93 points as USC clinched a berth in the conference championship; then Utah and Oregon combined for just 37 points as the Ducks stayed on track for a ticket to Las Vegas. The pulsating fourth quarters countered what was otherwise a fairly boring Saturday, with only one other game (the Big Game) in doubt late.

The Washington and Oregon schools went four-of-four to continue their best collective seasons in years. They are now 33-11 overall and 22-10 in conference play; the Ducks and Huskies are in contention for the Pac-12 title; and all four teams are bowl-eligible for the first time since 2013.

Theme of the season I: CFP in range

USC has cleared one of three hurdles on the road to the College Football Playoff. If the Trojans beat Notre Dame and win the Pac-12 title game (against a ranked opponent), they will be extremely well positioned to break the conference’s five-season playoff drought. Power Five champions with 12-1 records, marquee wins down the stretch and A-level pedigrees don’t get left out often. In fact, they have been left out only once: Ohio State, in 2018.

The Pac-12 will send seven teams into the postseason after Arizona was eliminated with a 31-20 loss to Washington State. Projecting where the seven will land is a fool’s errand because of the CFP factor. If the Trojans are invited, everyone else would move up one spot in the lineup. So we might not know anything about anyone until Selection Sunday (Dec. 4).

USC has clinched a berth in the Pac-12 championship game (Dec. 2 in Las Vegas), but three teams are alive for the second spot. Without getting too deep into the tiebreaker weeds, know this:

— Utah gets in with a victory over Colorado and victories by Washington, Oregon State and UCLA

(Once again, readers should note that head-to-head results within a group of tied teams do not apply if one team has not played all of the others.)

After a slow start — USC was scoreless in the first quarter — the offenses hit high gear and produced 52 points after halftime. Add 1,162 total yards and five turnovers to the mix, and the latest edition of this storied rivalry was as entertaining as expected. (Change the outcome of a few plays, and both teams would have easily scored in the 50s.) Tactically, we thought the Bruins should have slowed the tempo and made better use of tailback Zach Charbonnet to shorten the game and keep USC quarterback Caleb Williams off the field.

While the L.A. schools combined for 52 points in the second half, the Ducks and Utes managed a whopping 17. That didn’t take away from the drama, however, as the teams combined for six turnovers in a punishing, back-and-forth affair in the chilled Eugene night. Neither quarterback was at his best in a scoreless final 11 minutes. It was a fascinating, if not welcomed contrast to the pinball games that have dominated the conference all season. There were only two plays longer than 20 yards.

With their bowl berth secure and no chance to qualify for the Pac-12 title game, the Cougars headed to Tucson to face a team playing for its postseason life. And they dominated the Wildcats from start to finish. Quarterback Cam Ward was efficient while the defense limited Arizona’s potent attack to one meaningful touchdown and picked off former teammate Jayden de Laura four times. The Cougars have won seven games for the sixth time in the past seven seasons (excluding 2020).

Rally of the week: Cal

The Bears trailed Stanford by 11 points early in the fourth quarter and were headed for their seventh consecutive loss when, out of nowhere, a rally appeared. It featured two touchdowns in less than two minutes — thanks to a 37-yard scoop-and-score by linebacker Jackson Sirmon — and powered the Bears to their first Big Game victory at home since 2008. Cal scored more points in the fourth quarter (21) than it has in five entire games.

One week after a gut-punch loss to their rival, the Ducks were well-prepared tactically and emotionally for another high-stakes showdown. Mostly, Lanning and his staff made sure Oregon met the physical challenge posed by the Utes at the line of scrimmage — which was decidedly not the case in 2021 in the two late-season affairs.

We’ll take our lead from UCLA’s greatest coach to describe Williams’ performance. Competitive greatness stands at the top of John Wooden’s famed Pyramid of Success: “Be at your best when your best is needed.” Williams threw for 470 yards, accounted for three touchdowns and directed two 75-yard touchdown drives in the fourth quarter. He’s on the short list of Heisman Trophy contenders.

One week after his unit was sliced and diced by Washington’s aerial game (408 yards), Williams led a first-class effort against Utah with 14 tackles and two interceptions. His second pick, with four minutes remaining, help the Ducks seal the victory.

If there’s a more impressive rookie anywhere in the conference, at any position, we haven’t seen him. Martinez rushed for 138 yards Saturday against Arizona State for his fifth consecutive triple-digit performance. By 2024, if not next season, Martinez will be the best tailback in the conference.

Stat of the week: Interceptions

Pressure-packed games lead to mistakes, and that was plenty evident Saturday as three of the top-rated passers in the conference (Arizona’s de Laura, UCLA’s Dorian Thompson-Robinson and Utah’s Cam Rising) combined to throw 10 interceptions.

Stat of the year: USC

Speaking of turnovers … Although the Trojans are 94th nationally in yards-per-game allowed (405), they lead the FBS with a remarkable turnover margin of plus-1.82 per game — and nobody else is close. You’ll win a lot of games with 24 takeaways and four giveaways.

Stat of the decade: Washington

Stat of the century I: Stanford

The Cardinal finished 1-8 in conference play, its worst record since the 2006 season — the year before Jim Harbaugh arrived to reinvent the program. The circle, it seems, has come full.

The Sun Devils (3-8) are assured of finishing with fewer than five wins for just the third time in 22 years (excluding the 2020 season). The others: 2001 and 2009. Adding an insult, they can’t play spoiler in the Territorial Cup with Arizona already eliminated from bowl contention.

Games of next week: USC, Washington and Oregon

The Trojans face Notre Dame with a playoff berth on the line, while Oregon and Washington take on their rivals with tickets to Las Vegas at stake. Five of the six participants will be ranked by the CFP selection committee when the net edition is released on Tuesday afternoon. Enjoy the entertainment, folks. It’s the final full week of games in what has been a riveting season. 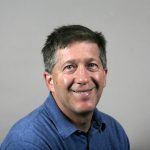