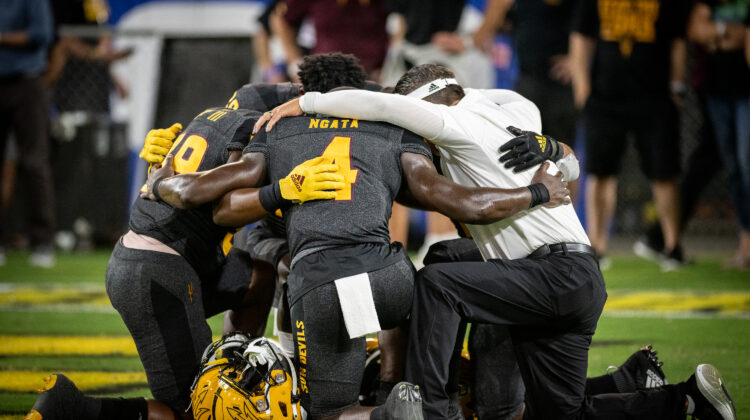 For the second consecutive week, the most interesting game in the Pac-12 is slotted for a weeknight.

With the Pac-12 leaders all favored by double digits in their Week 10 encounters, our focus turns to a duel of two-loss teams in Husky Stadium.

The Beavers are ranked; the Huskies are not.

Both teams are on the outskirts of the conference race, partly because of their records (3-2 in league play) and partly because they are winless in head-to-head matchups against the top teams and thus are poorly positioned with the tiebreakers.

The matchup intrigues us from a schematic standpoint, as well: Washington’s passing attack leads the country in yardage (379.3 per game) while Oregon State owns the most efficient pass defense in the conference.

Watching UW’s receivers trying to shake OSU’s cornerbacks will be a treat.

There is also the matter of signature wins.

For Washington coach Kalen BeDoer, a victory over the No. 23 Beavers (in the initial College Football Playoff rankings) would constitute the best win of his first season.

The Huskies are 6-2 and bowl-eligible and should make no apologies, but it’s a soft 6-2. Nothing about Oregon State is soft.

The duel also represents a chance for OSU coach Jonathan Smith to strengthen one aspect of his resume: high-level road wins.

Sure, the Beavers beat USC on the road last season for the first time in 60 years. But the Trojans had an interim coach and were 2-5 in the Coliseum with a series of blowout losses.

To this point, Smith’s best road victory is arguably a mid-2019 upset of unranked Cal.

Here’s a look at OSU’s wins away from Reser Stadium under Smith, with the opponent’s final record:

To be clear: Smith has done masterful work with his alma mater. The Beavers evaluate, develop and maximize talent as well as any coaching staff in the conference (with the possible exception of Utah).

But a victory Friday night over an opponent churning toward an eight- or nine-win season would add a significant line to Smith’s resume.

And crucially, it would further establish his program as being on par with a key recruiting rival in the Pacific Northwest.

This is a big one for the Beavers because of where it is, who it’s against and how it could resonate.

Oregon State at Washington (Friday)
Kickoff: 7:30 p.m. on ESPN2
Line: Washington -4 (total: 55.5)
Comment: There has been only one Friday conference game thus far: Washington’s 40-32 loss at UCLA, which wasn’t nearly as close as the final score indicated. This time, the visiting team isn’t playing on a short week. Both teams are coming off a bye, so we see no logistical or competitive edge either way. Instead, the outcome hinges on preparation, execution and third-down stops … but hopefully not controversial fourth-down spots.
Pick: Oregon State

Oregon at Colorado
Kickoff: 12:30 p.m. on ESPN
Line: Oregon -31.5 (total: 61.5)
Comment: Facing an opponent that inspires no fear and with a rivalry game next week (vs. Washington), the Ducks could very well snooze through three quarters — and still hold a comfortable lead. Put another way: If quarterback Bo Nix is on the field at any point in the final 15 minutes, something has gone wrong for Oregon. That said, big leads are opportunities for the underdog to sneak through the back door. It doesn’t take much for a 50-13 lead to become a 50-20 final.
Pick: Colorado

Washington State at Stanford
Kickoff: 12:30 p.m. on Pac-12 Networks
Line: WSU -4.5 (total: 49.5)
Comment: Two of the worst offenses in the conference collide — neither team has scored 20 points since early October — and the low total accurately reflects the situation. The Cougars are better defensively, had extra rest (from a Thursday game against Utah) and own five consecutive wins in the series. But in a defensive struggle, 4.5 points is like six or seven in a standard matchup (with a total in the 50s or 60s). Feels like too many points. First team to 12 wins.
Pick: Stanford

Arizona at Utah
Kickoff: 4:30 p.m. on Pac-12 Networks
Line: Utah -17.5 (total: 67.5)
Comment: Sure, 17.5 makes sense … as a first-half line. We’re assuming quarterback Cam Rising is healthy and will start for the Utes. And in that scenario, a lopsided affair is the likeliest outcome by far. 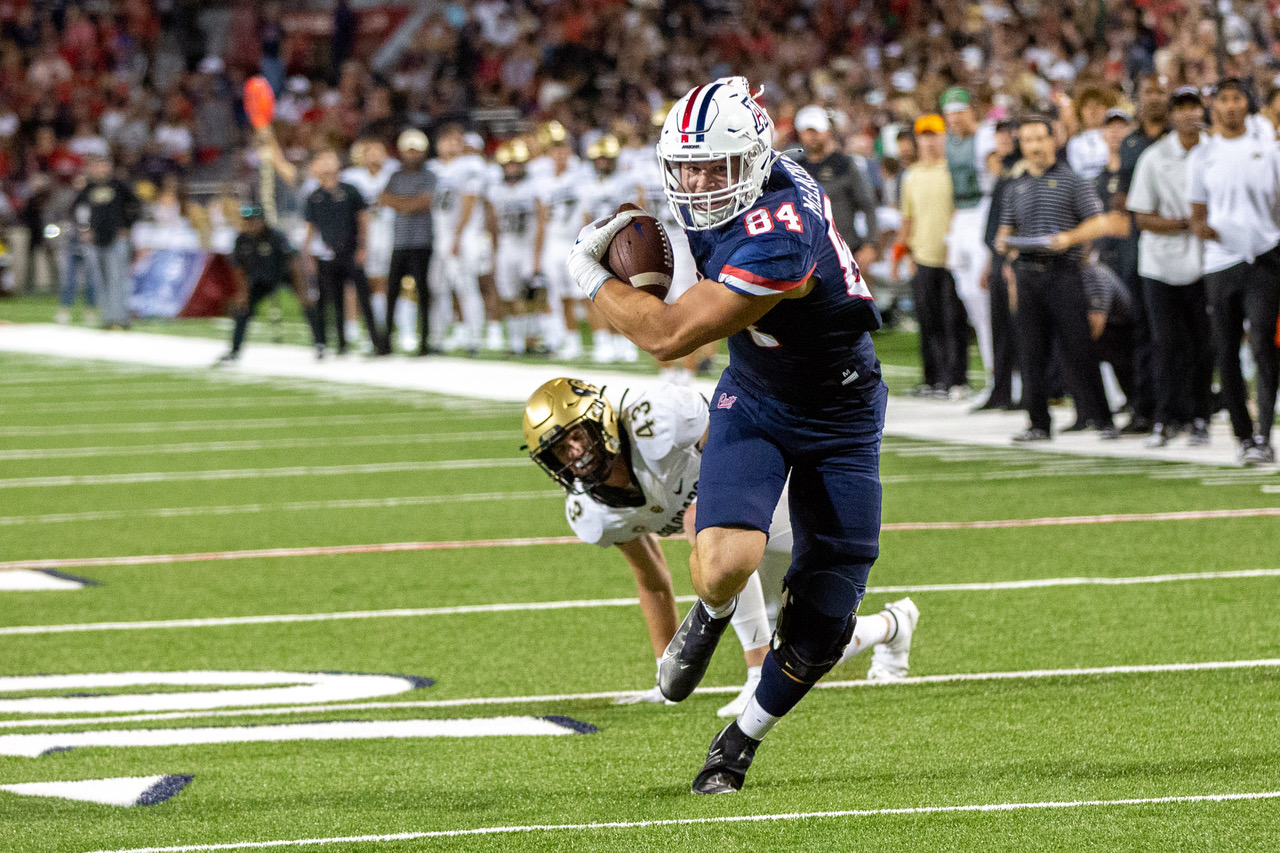 Arizona’s turnstile defense is no match for Utah’s balanced attack, and although the Wildcats are plenty competent on offense, the environment in Rice-Eccles will produce just enough miscues (turnovers, drive-killing penalties, etc.) to transform this into a blowout.
Pick: Utah

Cal at USC
Kickoff: 7:30 p.m. on ESPN
Line: USC -21 (total: 60)
Comment: We would view this as a trap game for the Trojans, but it doesn’t fit the usual framework: They aren’t coming off a high-level showdown and don’t have one scheduled next week, either. But a meandering effort could be forthcoming from the heavily-favored home team. Cal has underperformed its personnel offensively and could give the Trojans more trouble than they expect. Watch for a stellar showing by rookie tailback Jadyn Ott, who’s from nearby Chino.
Pick: Cal

UCLA at Arizona State
Kickoff: 7:30 p.m. on FS1
Line: UCLA -10.5 (total: 66.5)
Comment: A dangerous game for UCLA that’s comparable, although not identical, to the one faced by sixth-ranked Oregon three years ago when it ventured to the desert as a double-digit favorite — and lost. ASU has more than enough playmakers around quarterback Trenton Bourguet to score early and often. 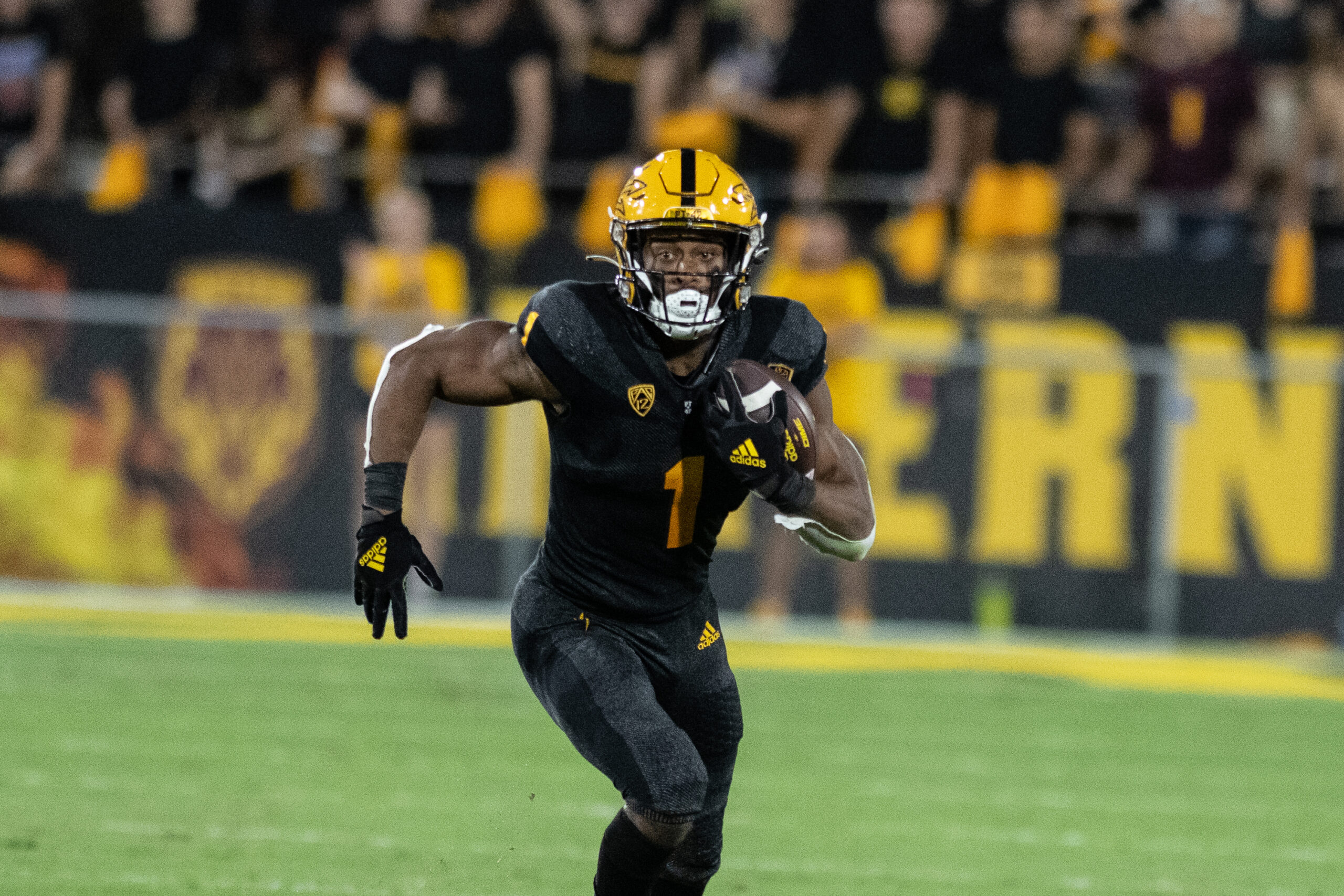 The Bruins will find the end zone frequently,  as well. Close all the way except in one respect: The final score will make mincemeat of the total.
Pick: Arizona State

Five-star special: Arizona State. As we outlined earlier this week, the Sun Devils won’t simply cover; they will win the game outright. You can thank us later.