UCLA led Arizona State  42-18 with 6:03 to go in the third quarter. Most of the fans in the stands made their way out to Mill Avenue, but interim head coach Shaun Aguano would not let his team quit, cutting the gap to 42-36 in the 4th quarter only to fall 50-36 to the 12th ranked Bruins.

The story of the game was the lack of defense by Arizona State. UCLA rolled up offensive numbers that were simply hard to believe.

The Bruins put up the big numbers without their star running back Zach Charbanout, who was held out of the game for unknown reasons.

Meantime, the Arizona State offense was able to 36 points, which would be enough to win many games for most teams. Quarterback Trenton Bourguet showed plenty of moxie in the loss, completing 38-49 for 349 yards and two scores. 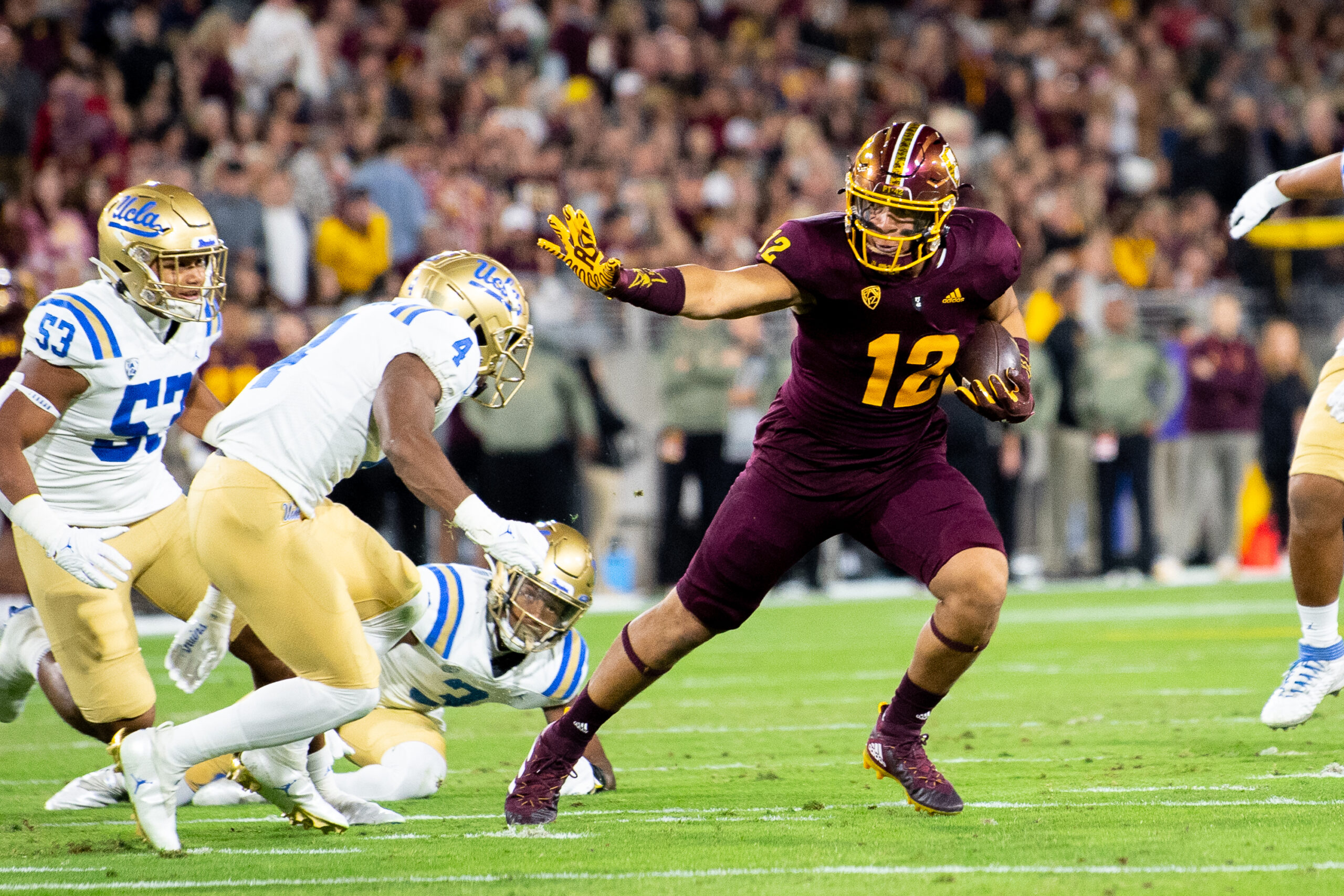 With the loss, Arizona State must win its final three regular-season games to become bowl eligible. The Sun Devils play at Washington State next Saturday afternoon. 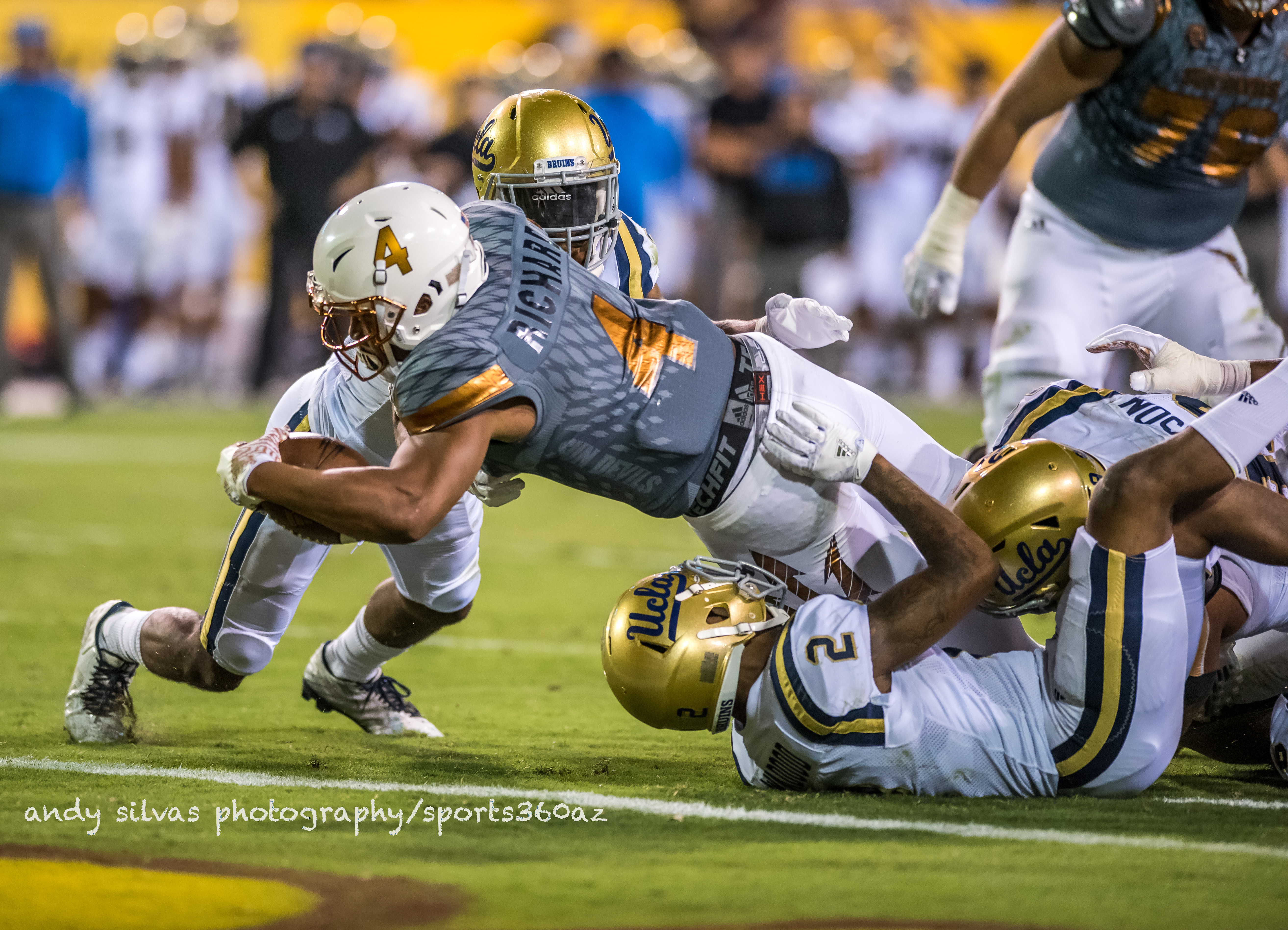 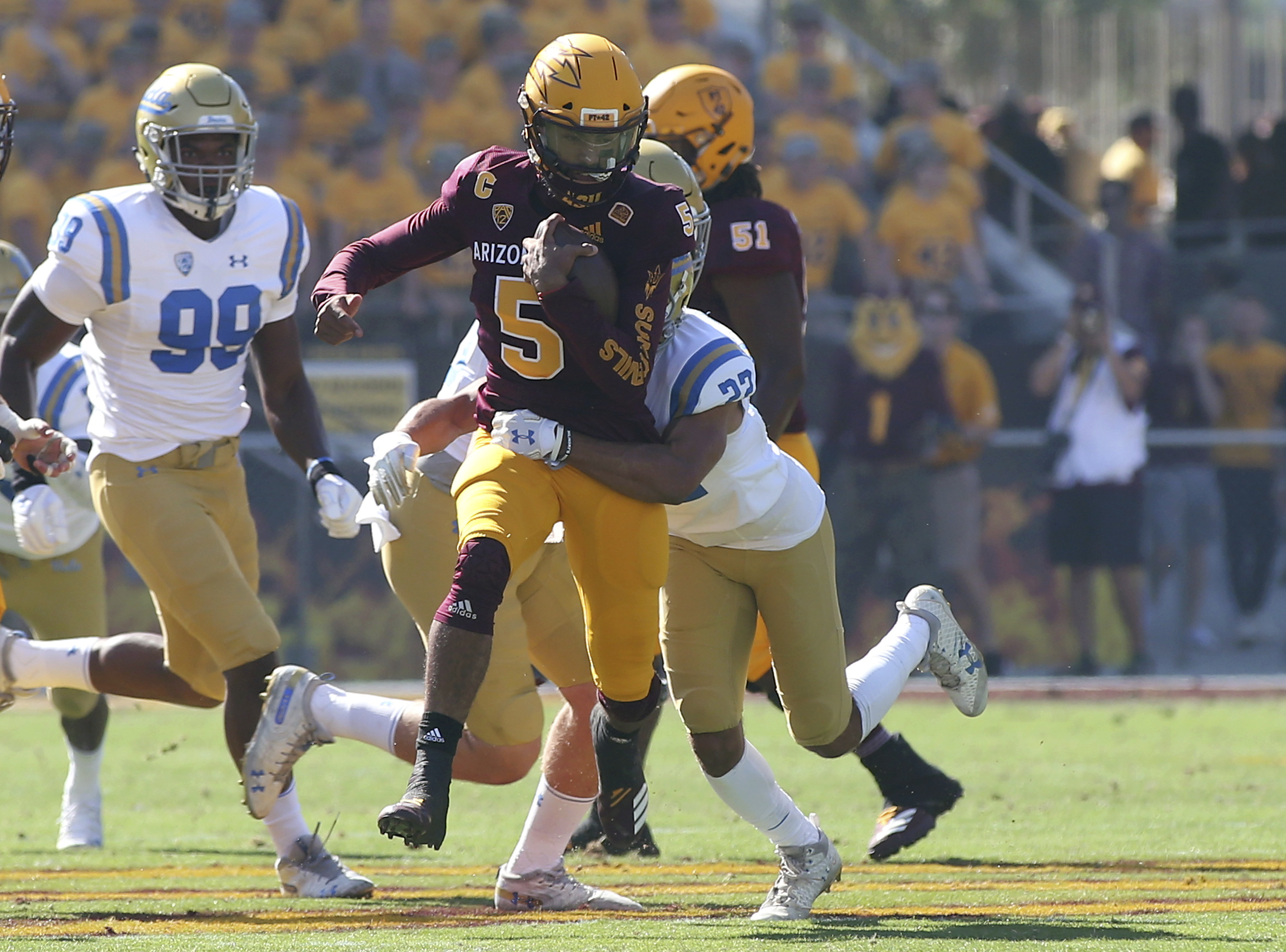 Arizona State quarterback Manny Wilkins (5) runs with the ball as he is tackled by UCLA defensive back Nate Meadors (22) during the first half of an NCAA college football game, Saturday, Nov. 10, 2018, in Tempe, Ariz. (AP Photo/Ralph Freso) 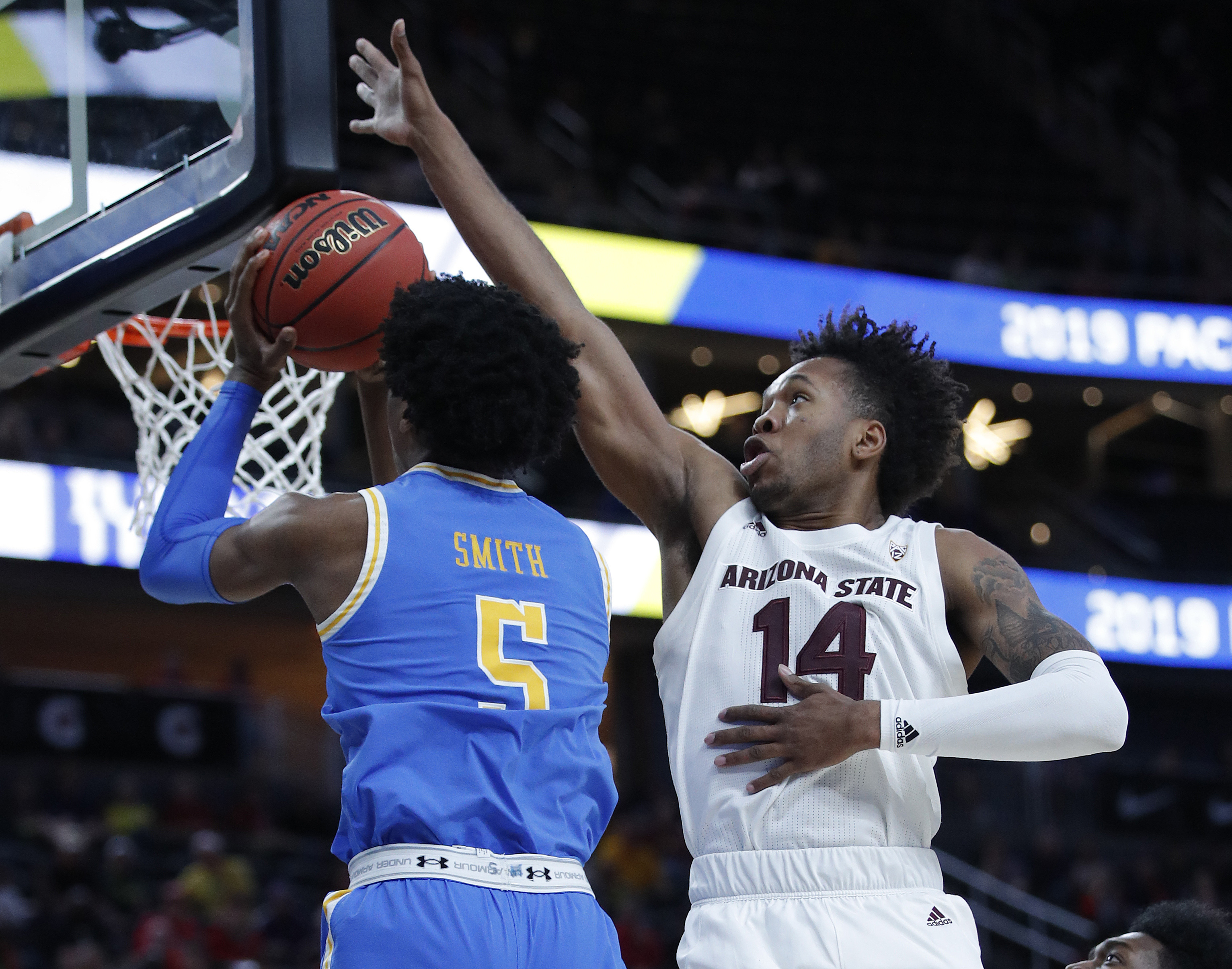 Arizona State's Kimani Lawrence, right, blocks a shot by UCLA's Chris Smith during the first half of an NCAA college basketball game in the quarterfinals of the Pac-12 men's tournament Thursday, March 14, 2019, in Las Vegas. (AP Photo/John Locher)