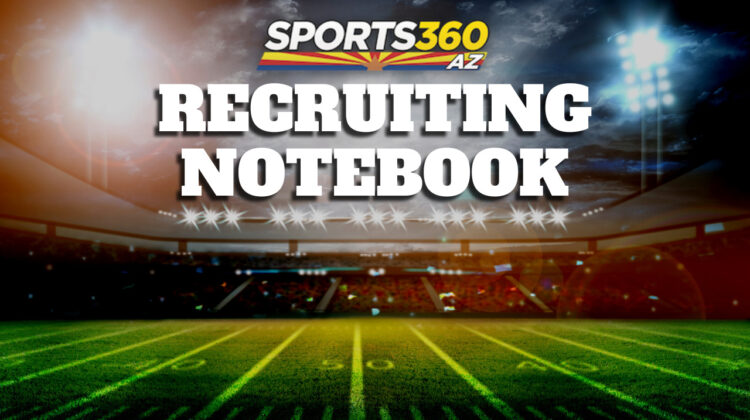 Yes, the nation’s top prospect in the class of 2024 has a younger brother with a bright future. Chandler’s Ohio State Football commit Dylan Raiola isn’t the only young quarterback in the Raiola family.

Freshman quarterback Dayton Raiola received his very first offer from Nebraska on Oct. 25. Dylan Raiola said he was excited to see his brother receive his first offer and it meant a lot to his entire family.

“My mom and my sister teared up a little bit and I was just proud of him knowing he put all the work in, Dylan said. “It’s hard doing what he does playing JV as a freshman but he took the role and he’s been killing it.”

The Raiola family has many ties with Nebraska football. Dylan and Dayton’s father played for the Cornhuskers and their uncle Donovan Raiola is the current offensive line coach.

WOW! What a blessing this is! After a great conversation with Coach Mickey Joseph & ⁦@DonovanRaiola⁩ I am humbled to receive my FIRST offer from ⁦@HuskerFBNation⁩ This is a special one #GBR ⁦⁦⁦@GarretsonRick⁩ @SWiltfong247⁩ ⁦@ChadSimmons_⁩ pic.twitter.com/OMG0vjW2gM

The Raiola family believes that the ceiling is very high for Dayton’s football career. Dylan says he would describe Dayton as a very similar quarterback but his younger brother may have had a better start to his high school career.

“I think he is way better than I was as a freshman if I’m being honest,” Dylan said. “We can throw in the pocket, if we need to get out we can get out and he’s very good at improvising and making things happen when things aren’t going good.”

While the expectation may be that Dylan would be giving Dayton advice, Dylan says he is constantly learning from watching his brother on the JV team.

Ca’lil has exploded on the scene this season with the Chandler Wolves. Ahead of the 2023 season, Wolves head coach Rick Garretson knew he would be a huge impact player. Along with making an impact, he’s also been making an impression on college coaches and scouts. In a span of 24 hours, Ca’lil earned offers from Nebraska, Boston College and Oregon.

Ca’lil has posted 335 receiving yards and 1,135 rushing yards heading into the Wolves matchup against the Basha Bears on Friday.

The virtual jersey presentation takes place just days after Martin’s official visit to Louisville. While Cole is still committed to Oregon he has been pursued heavily by the Cardinals. He made it clear that while he is still fully committed to play football for the Ducks at the next level that he would still partake in official and unofficial visits. He said it was important to him to take visits because it would help him better understand the college football landscape.

Cole has many connections to current Cardinals players and said he was looking forward to getting to see everything they had told him about the Louisville program for himself.

This season Martin has 37 total tackles and one interception through seven games. On Friday, Oct. 28 Cole Martin and the Basha Bears have one of their biggest tests of the season as they take on Chandler.

Desert Mountain tight end Dillon Hipp’s most recent offer comes from the Lone Star state. The Texas Tech Red Raiders extended their offer to Hipp on Oct. 17. Dillon has 15 offers to weigh at the moment with ASU and UofA in the mix. Hipp says that despite only having the offer for around two weeks, the Red Raiders have done an excellent job of making themselves known to him. Above all, Tennessee has been very forward about their interest in Hipp and he says Baylor has also been reaching out a lot.

Hipp took visits to Tennessee, UCLA and UofA over the spring and off-season. He says the coaching staff and environment at Tennessee were exceptional and raved about Rocky Top. He expressed that UofA would be a great option in order to stay close to home but thinks being in Los Angeles could also be a great alternative if he chooses to go out of state.

“I kind of want to make a decision by spring or summer of next year,” Hipp said. “At that time I’ll see which of all the coaches are really interested in me and I’ll make my decision off of that.”

The offers have been rolling in for Chandler prospects. In addition to offering Dayton Raiola and Ca’lil Valentine, Nebraska also extended an offer to Urlacher. A day after receiving the offer from the Cornhuskers he received another from the University of Miami. Kennedy Urlacher is the son of Chicago Bears linebacker, Brian Urlacher. Brian Urlacher spent 13 years in the NFL and is now in the Hall of Fame.

Kennedy also has offers from UofA, NAU, New Mexico and Iowa. This season he has 20 total tackles and one interception. 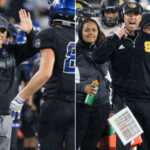