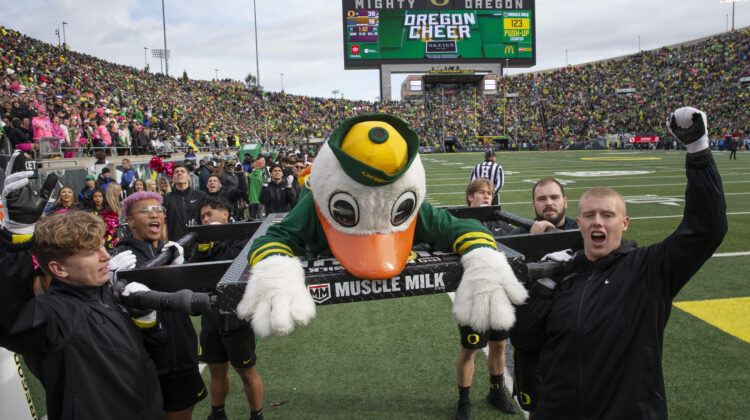 Recapping the Week Eight action across the Pac-12 …

Theme of the week: Perfection extinguished

UCLA’s loss leaves the Pac-12 as the only Power Five conference with no undefeated teams, but it’s not out of the College Football Playoff race. Every Power Five champion with a 12-1 record has participated in the CFP except one: Ohio State in 2018. That year, the Buckeyes had a bad loss (49-20) to unranked Purdue.

Non-theme of the week: Pac-12 officials

After a rough performance in the highest-profile game of Week Seven (USC-Utah), the officials were good enough to go unnoticed in the biggest game of Week Eight (Oregon-UCLA). At this point, we consider the crew in Eugene, led by referee Michael Mothershed, as the favorite to work the conference championship game.

Theme of the season I: Bowl bids mount

Five teams have secured bowl berths: UCLA, USC, Oregon, Oregon State, and Washington. (That’s four more than at this point last year.) A sixth team, Utah, needs just one more victory, and a seventh, Washington State, is two wins away. For everyone else, the math is a tad tricky.

Theme of the season II: Separation

One look at the conference standings and it’s clear that there might as well be divisions — upper and lower divisions that is. The Oregon and L.A. schools, along with Utah and Washington, have formed a top tier of teams with zero, one, or two losses in conference play. Each of the other six has at least three league defeats. Given the schedule in Week Nine, the gap between the top and bottom tiers could increase.

At least this had some drama — the Oregon-UCLA game was over in the third quarter. Add the sputtering offenses, and the resulting affair was both difficult to watch and impossible to take your eyes off. Yes, Stanford won a major college football game in 2022 without scoring a touchdown.

Team of the week: Oregon

An easy call given the stage and the performance. The Ducks were nearly flawless in thumping UCLA 45-30 in the biggest game of the Pac-12 season to date. As the only unbeaten team in league play, they stand as a frontrunner for Las Vegas with a finishing stretch that’s challenging but manageable: Cal, Colorado, Washington, Utah and OSU.

The rookie coach had his team as well prepared for Saturday’s showdown as it was poorly prepared for the Georgia game. The play-calling was top notch, the risk-taking well timed (in particular: the onside kick). That said, it helps to have better personnel. The high-end recruiting classes and impact transfers are paying off.

Confirmation of the week: UCLA’s defense

The Bruins’ soft, home-heavy schedule and powerhouse offense masked their deeply flawed defense. But the unit was exposed in Eugene as the Ducks rushed for 262 yards and did whatever they pleased, whenever they pleased. It surely happened, but we cannot remember an instance in which Oregon tailbacks were brought down before they reached the second level of the defense.

Nix tossed five touchdowns, committed no turnovers, made ideal use of his mobility and completed 22-of-28 passes against UCLA — it only seemed like 28-of-28 — in a performance that vaults him into the Pac-12 Player of the Year race. Since the loss to Georgia in the opener, the Auburn transfer has 17 touchdown passes and one interception.

The transfer from Colorado broke up two passes and played a vital role in limiting UCLA’s downfield aerial game (only one reception longer than 25 yards). But the recognition here doubles as a means of honoring Gonzalez for his play throughout the season. He stands with Utah’s Clark Phillips III as the best cornerbacks in the conference.

The sophomore was perfect at a level not typically seen, making field goals of 44, 36, 44, 36 and 47 yards to account for all of Stanford’s points in the 15-14 victory over ASU. Karty is the only kicker in the Pac-12, and one of just six nationally, with at least 10 made field goals and no misses.

The Cal legend and five-time Pro Bowler was interviewed by ESPN on Saturday night at Memorial Stadium and dropped two bombs during the conversation, one involving the S-word and the other the MF-word. (He was frustrated with the poor attendance.) If we’re being completely honest, Beast Mode going all NSFW on national television was the lock of the year. The man is priceless.

Reality check of the week: Colorado

After the breakthrough win over Cal last week in the debut of interim coach Mike Sanford, the Buffaloes returned to reality in their 42-9 loss at Oregon State. And by that we mean they were overwhelmed on both offense and defense from the first minute to the last. At least their stretch run is manageable: The Buffs play Oregon, USC, Washington and Utah in succession in November. That should be no problem.

Cashing a bet for the season: Washington

The 2022 win total for the Huskies, as set by Las Vegas oddsmakers, was 7.5 victories. With four games to play, they are 6-2. There are three highly winnable games remaining (Colorado, Oregon State and WSU), plus the showdown at Oregon. Smells like a winning ticket to us.

The Cardinal’s last three games, against Oregon State, Notre Dame and ASU, have been decided by a total of four points. It has won two, beating Notre Dame 16-14 and ASU 15-14.

Stats of the year: Washington and Cal

The Huskies defeated Cal on Saturday for their first road win since a victory at Stanford on Oct. 30, 2021. The Bears lost at home for the first time since a defeat to Washington State on Oct. 2, 2021.

Stat of the decade: Oregon

The Ducks have won 23 consecutive home games, the third-longest streak in the country behind Clemson (38) and Cincinnati (30). Their last loss in Autzen Stadium was Sept. 22, 2018, to Stanford.

Stat of the decades: Cal

The Bears have dropped their past three (Washington State, Colorado and UW) and fallen below .500. According to the Associated Press, this is the 14th consecutive season Cal has suffered a three-game losing streak in league play.

Game of next week: Utah at Washington State

The only Thursday game of the conference season has plenty of ramifications for both teams. The Utes (5-2/3-1) must win to remain in the title chase while the Cougars (4-3/1-3) are looking to regain their early-season mojo after losing three of the last four. Utah is favored by 7.5 points. 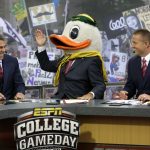