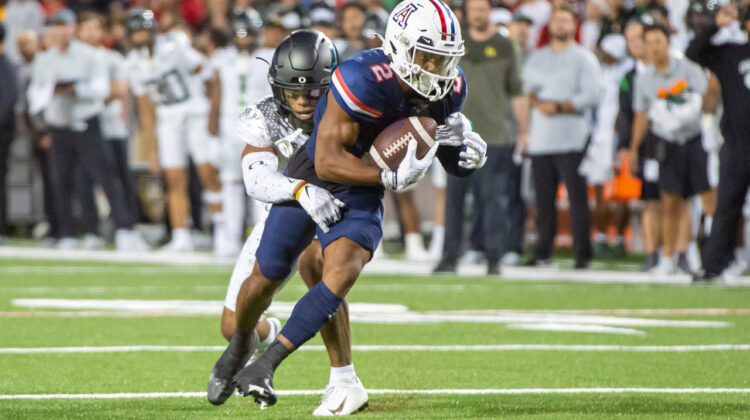 While crafting the 2022 conference schedule, the Pac-12 sought balance on two fronts:

— Competitive balance: Avoiding instances in which one team was placed at a logistical disadvantage relative to the upcoming opponent.

— Qualitative balance: Sprinkling enticing matchups throughout the season, instead of leaving all the showdowns for November.

Due to the combination of forethought and good fortune — in particular, the ascent of the Los Angeles schools — the qualitative piece couldn’t have worked out much better for the conference.

The Pac-12 is well positioned to produce matchups worthy of primetime telecasts in six of the final eight weeks of the season.

Let’s examine the Saturdays, from last weekend through the end of the regular season …

Oct. 8: Utah at UCLA and Washington State at USC

The doubleheader marked the first time back-to-back conference games have been shown on the Fox broadcast network since 2019, when Utah-Washington and Oregon-USC were aired consecutively.

The undefeated, seventh-ranked Trojans face their toughest test thus far against the No. 20 Utes. The matchup is already scheduled for Fox at 5 p.m. Pacific.

Chip Kelly returns to Eugene with the undefeated Bruins in a matchup with the rankings guaranteed — the teams are idle this week — and has been selected for either Fox or FS1 at 12:30 p.m.

There are two issues at play. The Pac-12 is lacking matchups worthy of the choice broadcast windows, but opportunities are limited: Those Saturdays are reserved for Game Two and Game Seven of the World Series, which airs on Fox.

The most desirable annual matchup in the Pac-12 football inventory that does not involve natural rivals.

If both teams are ranked, slot this for primetime. It has the added benefit of being played before Thanksgiving and therefore avoids going head-to-head in the TV selection process with rivalry showdowns in other leagues.

If the Trojans are in the top-10, this is a lock to receive a coveted window (regardless of Notre Dame’s record). Far lesser matchups in this storied series have been shown at 5 p.m. on ABC or Fox.

Whether the showdowns listed above are all chosen for premium broadcast slots by ESPN and Fox depends partly on developments in other conferences. But the Pac-12 probably couldn’t have mapped it out any better.

* Please note: The Hotline power ratings don’t necessarily track with the order of teams listed on my Associated Press top-25 ballot, which is based on guidelines provided by the AP.

1. USC (6-0/4-0)
Last week: 1
Result: beat Washington State 30-14
Next up: at Utah (5 p.m. on FOX)
Comment: The defense played its best half of the season Saturday in shutting out the Cougars for the final 30 minutes. But was that proof of progress or a reflection of the opponent’s fair-to-middlin’ offense? Probably some of both.

2. Oregon (5-1/3-0)
Last week: 3
Result: won at Arizona 49-22
Next up: idle
Comment: As we noted last week while explaining why the Ducks would smash Arizona: Ignore the Georgia result when assessing Oregon’s strength within the Pac-12. The former has zero bearing on the latter.

3. UCLA (6-0/3-0)
Last week: 5
Result: beat Utah 42-32
Next up: idle
Comment: Dorian Thompson-Robinson’s odds to win the Heisman were cut in half following the Utah game. DraftKings now lists him at 18-to-1, down from 35-to-1 last week, and writes: “The Bruins line up two more major challenges in a row over the next two weeks against Oregon and Stanford. This stretch, if successful, could be the crowning jewel on Thompson-Robinson’s Heisman campaign.”

5. Utah (4-2/2-1)
Last week: 2
Result: lost at UCLA 42-32
Next up: vs. USC (5 p.m. on FOX)
Comment: One of the best measures of defensive prowess is yards-per-play (ypp) allowed, because it accounts for disparities in tempo/plays per game. The Utes are currently yielding 5.48 ypp, which, if that pace continues, would be their worst for a full season since 2016.

6. Oregon State (4-2/1-2)
Last week: 7
Result: won at Stanford 28-27
Next up: vs. Washington State (6 p.m. on Pac-12 Networks)
Comment: As it relates to the bowl math, the improbable win at Stanford offset the blown opportunity against USC and put the Beavers back on course for at least six wins, and perhaps as many as eight.

7. Washington (4-2/1-2)
Last week: 6
Result: lost at ASU 45-38
Next up: vs. Arizona (2:30 p.m. on Pac-12 Networks)
Comment: Expecting a first-rate effort from the battered UW defense, not only because of poor showings on the road against UCLA and ASU but also because of Jayden de Laura’s return. The last time Arizona’s starting quarterback was in Husky Stadium, in the Apple Cup, he planted Washington State’s flag in the turf.

9. Arizona State (2-4/1-2)
Last week: 10
Result: beat Washington 45-38
Next up: idle
Comment: With Stanford, Colorado, WSU, OSU and Arizona remaining, the Sun Devils still have a shot at six wins, and that might give interim coach Shaun Aguano a shot at the permanent job.

11. Stanford (1-5/0-4)
Last week: 11
Result: lost to Oregon State 28-27
Next up: at Notre Dame (4:30 p.m. on NBC)
Comment: Please forgive us, but the Hotline isn’t nearly smart enough to understand why the best player on the team (quarterback Tanner McKee) would be on the bench for the most important third down of the game.

12. Colorado (0-5/0-2)
Last week: 12
Result: DNP
Next up: vs. Cal (11 a.m. on Pac-12 Networks)
Comment: Interim coach Mike Sanford is taking over at just the right time with the bye week, then consecutive non-formidable games against Cal (home), Oregon State (road) and Arizona State (home). Because the November schedule is hell on turf. 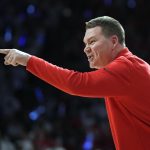