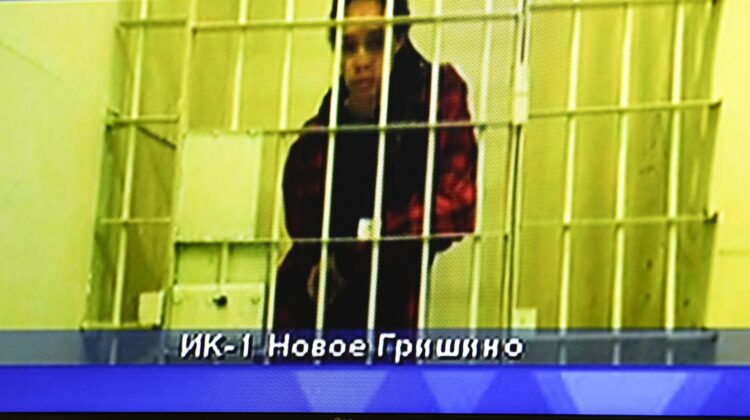 Brittney Griner’s appeal of her nine-year sentence for drug possession was rejected by a Russian court.

She will be transferred to a Russian penal colony, which is an even worse alternative to the Moscow jail she’s been in for the past 250 days.

Griner’s attorneys in Maria Blagovolina and Alexander Boykov said that Griner wasn’t expecting “miracles” but they are “very disappointed,” adding, “The verdict contains numerous defects and we hoped that the court of appeal would take them into consideration. We still think the punishment is excessive and contradicts to the existing court practice.”

Griner, 31, was arrested on February 17th at Sheremetyevo International Airport outside of Moscow for what prosecutors allege was two cartridges containing 0.252 grams and 0.45 grams of hashish, or cannabis, oil.

Her lawyers showed evidence that Griner was using cannabis for chronic pain from her lengthy athletic career and presented a letter from her doctor.

“We are aware of the news out of Russia that Brittney Griner will continue to be wrongfully detained under intolerable circumstances after having to undergo another sham judicial proceeding today,” U.S. National Security Advisor Jake Sullivan said in a statement.

American representatives are aiming to come to an agreement before Griner is transferred to a colony (the transfer process could take weeks or months, according to ESPN’s TJ Quinn).

However, officials have said that they believe Russia will not make a deal until after the U.S. midterm elections on November 8th, not wanting to give the Biden Administration a political victory.

According to US officials, the State Department is yet to receive a legitimate counteroffer since they offered convicted arms dealer Viktor Bout in exchange for Griner and Whalen.

“This appeal is further verification that BG is not just wrongfully detained,” the WNBA Players Association said in a statement. “She is very clearly a hostage…no athlete should be used as a political pawn.”

The following statement was released regarding Brittney Griner pic.twitter.com/gPhTmq3O9K

Mercury select Brittney Griner with No. 1 pick in WNBA Draft