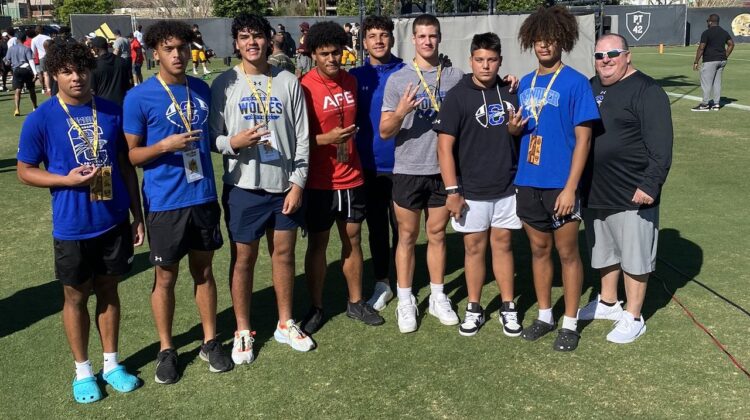 There was a much bigger contigent watching Arizona State’s practice on Wednesday with a massive group of local recruits and high school coaches taking in the action.

Top recruits from the 2023 and 2024 class lined both practice fields, and Shaun Aguano continued to make good on his promise to recruit Arizona kids.

More local HS players at ASU’s practice this morning than any time in recent years during the season. Chandler (including No. 1 2024 @RaiolaDylan), Hamilton, Centennial, Pinnacle, Higley and others represented.

I walked by Shaun Aguano, who just said, “I’m a man of my word.”

Centennial edge Noah Carter tweeted out that he received an offer from the Sun Devils Wednesday morning as well.

After a great talk with @aguanos I am blessed to receive an offer from Arizona State University!! @ASUFootball #ForksUp pic.twitter.com/5KtJUrcJXE

Big shoutout to @aguanos for inviting our players out to @ASUFootball practice this morning! LOVE what he is doing! #JustUS pic.twitter.com/b3x0TuYFOw

“Shaun is doing a great job putting his stamp on the ASU program and prioritizing the state of Arizona,” Mohns said in a message. “Obviously as a former AZHS football head coach, he understands the importance of building relationships with the local players and coaches. It was a great turnout this morning and I think that’s a result of the respect the local football community has for Shaun. I know that’s why I made a point to be there!”

Some may call it a public relations ploy. Some may question the recruiting effectiveness with Aguano still holding an interim tag.

But it’s been clear since his intro press conference that Aguano is operating like this job is his to lose, and he’s going to start the rebuild of the program, and the reconnection to local schools, as soon as he possibly can.

Could this result in absolutely zero commitments?

But the unprecedented effort – at least for the last few coaching regimes – to put on a mid-season event like this that resonates. It could be building block No. 1 to keep Arizona’s top athletes in the state.

Who knows if the Devils will win any games under Aguano or how long he will be leading the program. But one things clear: He’s a man of his word.

Ice-ing On The Cake: ASU Adds a New Division I Program

Will Washington Run Up the Score on ASU? 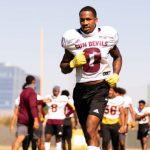