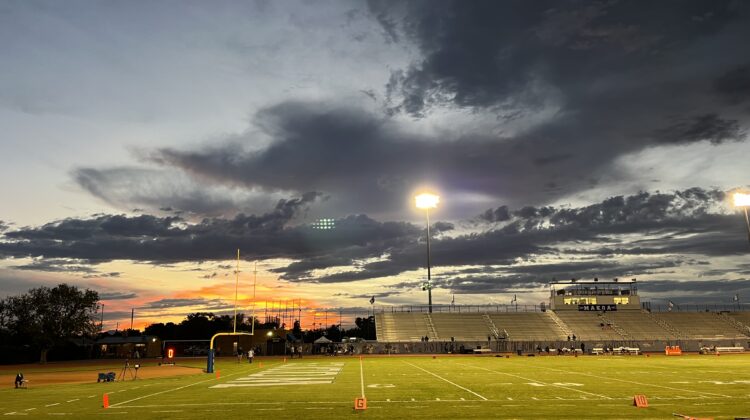 The high school football season is ramping up with most 4A-6A schools having played four games now.

At this point in the year, it becomes easier to judge teams based on performances and who they’ve played.

Some games are anomalies. Others are the product of a giant circle on a calendar, where one opponent waits for revenge.

Either way, there’s a ton to digest after last night.

Chandler Wins Round 3 Against Saguaro

This game pretty much lived up to the hype that drew in Arizona Cardinals stars Kyler Murray, Budda Baker, Byron Murphy (Saguaro alum), and more.

At this point in the season, Chandler is the more physical team. Despite Saguaro going up 14-0, the Wolves never backed down because they knew they were going to wear down the lines of the Sabercats.

They did just that. The scoring broke open for Chandler with a long touchdown pass from Dylan Raiola to Jaxon Branch. Ca’Lil Valentine, added a 79 yard rush touchdown and a receiving touchdown, with ASU interim head coach Shaun Aguano in attendance. He was offered by the Sun Devils prior to this contest.

This is how @chandler_wolves got on the board.

Saguaro isn’t going anywhere after a 2-2 start. Devon Dampier is so hard for any team to contain. Deric English is making elite plays in the end zone on a weekly basis. The defensive line is young, talented, and slowly beginning to gel. It’s a slow burn for Jason Mohn’s Sabercats, but they all trust the process and will be ready to peak at the right time.

THIS IS A TOP PLAY!!

Rick Garretson and Mohns said “see ya in December” to each other after the game. It’s likely we get to see this rematch, unless Liberty or Basha have anything to say about that in late November or early December. Liberty had a bye week and is squaring off against Saguaro next week.

Hamilton, Basha, Casteel, and Perry (Thursday) won by a combined margin of 222-51.

The Premier region is once again living up to its name. The first three schools mentioned have a legit shot at making the Open Division, and pursuing a title. Perry may have that opportunity despite a loss to Corona del Sol, but if not, a 6A playoff run could end with a gold trophy at the end under first year head coach Joseph Ortiz.

For Hamilton, it’s new territory as they fly under the radar a little bit. Roch Cholowsky is gaining more and more command on the offense each week, which will make them a tough out against anyone. Don’t be surprised if they run the table the rest of the way.

Yes, ALA Gilbert-North quarterback Adam Damante threw for seven and rushed for one touchdown in a 55-35 win over Prescott.

That’s impressive at any level. NAU is once again getting another great Arizona high school quarterback who makes big time plays.

Highland 13 – Brophy 8 (The Hawks defense is once again one of the best in the state). 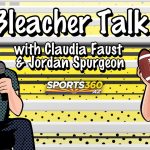 Brad Cesmat ·
@bradcesmat
Just had a good conversation with Charlie Ragle on his decision to join @KennyDillingham staff at @ASUFootball . I’ll go in depth on his reasons at 10:06a here https://t.co/8uunMCdxQx
View on Twitter
3
11