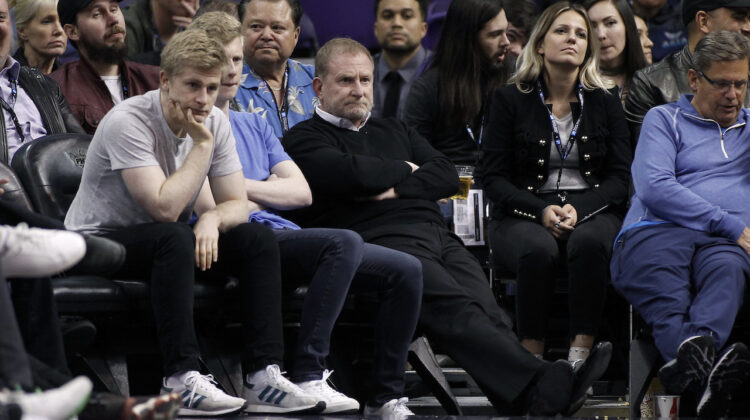 It’s been two days since the NBA released their findings from the investigation into Suns and Mercury owner Robert Sarver.

The investigation findings included that Sarver on at least five occasions repeated the N-word when recounting statements of others. He engaged in “instances of inequitable conduct toward female employees, made many sex-related comments in the workplace, made inappropriate comments about the physical appearance of female employees and other women, and on several occasions engaged in inappropriate physical conduct toward male employees.”

The report also included that Sarver engaged in demeaning and harsh treatment of employees.

The full 43-page report can be found here.

Many key figures in the basketball world and the city of Phoenix have voiced a common opinion: a year-long suspension and $10 million fine is not enough.

Chris Paul and LeBron James released statements on Wednesday saying the league got it wrong.

I am of the view that the sanctions fell short in truly addressing what we can all agree was atrocious behavior. My heart goes out to all of the people that were affected.

behavior. I love this league and I deeply respect our leadership. But this isn’t right. There is no place for misogyny, sexism, and racism in any work place. Don’t matter if you own the team or play for the team. We hold our league up as an example of our values and this aint it.

On Thursday, Phoenix mayor Kate Gallego and members of Phoenix city council released a statement inquiring if further action can be taken toward Sarver.

“We have asked city staff to investigate any actions we, as leaders of the City of Phoenix, can take in light of the details substantiated in the report,” a portion of the statement read.

“The actions are outlined in this report do not represent the values of this city. We call on the NBA to take all actions required to ensure this behavior is stopped and to reform the culture that allowed these actions to occur.”

Statement from Mayor Gallego and members of the Phoenix City Council: pic.twitter.com/zV5GaJpQWv

“I cannot in good judgment sit back and allow our children and future generations of fans to think that this behavior is tolerated because of wealth and privilege. Therefore, in accordance with my commitment to helping eradicate any for of racism, sexism and iasi, as Vice Chairman of the Phoenix Suns, I cam calling for the resignation of Robert Sarver.”

"Therefore, in accordance with my commitment to helping eradicate any form of racism, sexism and bias, as Vice Chairman of the Phoenix Suns, I am calling for the resignation of Robert Sarver"
– Suns vice chairman Jahm Najafi @FOX10Phoenix pic.twitter.com/XO4Nz5afJG

Najafi also stated he has no interest in becoming the managing partner of the franchise.

Sam Garvin has reportedly been appointed interim governor of the team. Garvin was vocal in disputing ESPN’s initial report of Sarver’s investigation back in November 2021.