In a race that saw a slew of cautions, blown tires, expired engines, tempers heating up on track, and a one hour lightning delay, Tyler Reddick overcame it all at Texas Motor Speedway to pick up his third victory of the season. Reddick made the 10-team elimination-style playoff, but was eliminated in the conclusion of the first round last week at Bristol. The 26-year-old played spoiler by keeping all remaining playoff drivers out of victory lane, making it so no drivers are locked into the Round of 8 as the series heads to Talladega.

Sports360AZ caught up with Reddick in victory lane to discuss the victory and his standout season. The playoffs come to a close with Championship Weekend at Phoenix Raceway from Nov. 3-6. Sports360AZ will be at Phoenix Raceway as NASCAR crowns four champions in three days. Be sure to follow along. 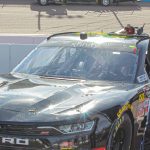 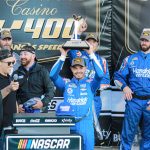